Tuesday’s ad is for Blatz beer, from 1944. Trying to stay classy, the show their rather plain-looking beer bottle on a silver tray with a bouquet of flowers behind it. I”m not sure it works. According to the ad copy, Blatz is “Never sharp … never bitter … always mellow.” 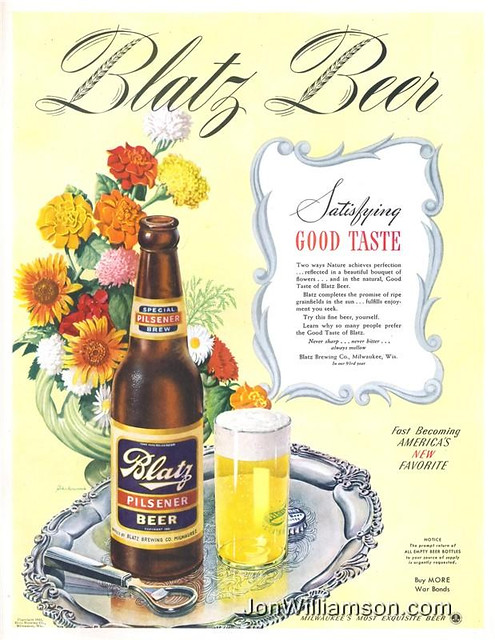 In what has to be one of the most unusual marketing efforts by a large brewer, Olympia Beer has offered to pay $1 million dollars — in increments of $25,000 a year for the next four decades — to anyone who can find conclusive evidence of a live Bigfoot. The contest is the brainchild of Evan and Daren Metropoulos, who recently bought Pabst Brewing Co., which also owns the Olympia brand. 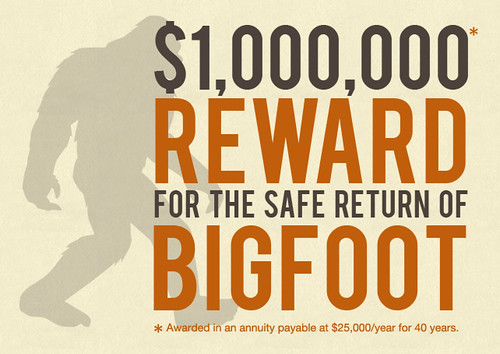 Full details and rules can be found at OlympiaBigfoot.com, but here’s their “Mission Statement” for finding Bigfoot:

Olympia Beer and Bigfoot have been leaving footprints together in the Pacific Northwest since 1896.

We have been sharing the same backyard for over a century and we believe it’s time to do what has never been done, and that is to offer a one million dollar reward to anyone who can ensure the safe capture of Bigfoot. When we say safe capture that means Bigfoot has to be alive and breathing folks, with no wounds. That’s right you can’t use any act of violence, no guns/knives/boxing gloves/nets/etc, only sugar or sweets to lure him in.

You must register to participate in the search. To report your discovery of irrefutable evidence of the existence of Bigfoot, click on the “Submit Capture Report” link on the left and follow the instructions to report your evidence. You participation in the search is subject to the complete Official Rules.

To aid us in this adventure, Olympia Beer is partnering with The Falcon Project

The Falcon Project has been identified as “the most penetrative search for Bigfoot ever conducted in the United States.” They will conduct an aerial search for Sasquatch employing an unmanned airship with high definition thermal imaging camera equipment.

Sure, it’s a publicity stunt, but it’s a funny one. And what if someone actually does it? Apparently 14% of all Americans believe Sasquatch to be real, while another 14% say they’re not sure. 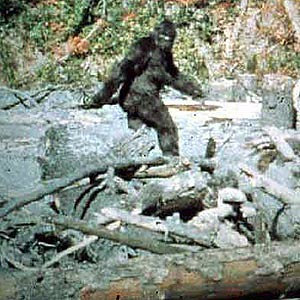 Winners must provide “irrefutable evidence” of Bigfoot’s existence and, according to the rules, may include “DNA Evidence.” From the rules:

“Bigfoot” refers to a previously undiscovered species of upright, bipedal hominid, native to North America existing contemporaneously with the Contest Period or the twenty-five (25) year period immediately prior to the Contest Period. There is no set type or amount of evidence required to establish proof for purposes of this Contest other than that all evidence presented must satisfy the Judging Panel. Evidence may include, but is not limited to DNA Evidence. DNA Evidence may include hair, blood, tissue or saliva that proves the DNA sequence of the donor shows that said donor resides in the primate evolutionary family tree, among other apes or hominids, but does not have the same genetic markers and DNA sequence as any known species. Evidence may also include “Visual Proof” of a live physical body. Physical remains may be considered as evidence provided that it can be conclusively demonstrated that the date of death pre-dated the Contest Period. Visual Proof shall not include footprints, bone fragments, inconclusive skeletal remains, or any other non-definitive evidence of the existence of Bigfoot. Any photo or video taken with photographic or video equipment is not sufficient to qualify as evidence in and of itself for consideration in the Contest, but may be considered as supporting evidence.
NO HARM SHOULD BE DONE TO BIGFOOT OR ANY LIVING CREATURE AS A RESULT OF PARTICIPATION IN THIS CONTEST. ANY EVIDENCE OF SUCH ACTIVITY SHALL LEAD TO DISQUALIFICATION FROM THE CONTEST AND NOTIFICATION TO THE PROPER LEGAL AUTHORITIES.

This ran in The Street a couple of weeks ago, and I meant to post it before but it kept getting pushed down in the queue. Portland writer Jason Notte does an interesting job dissecting the industry and the recent kerfuffles over taxes in Why Success Is Killing the Craft Brew Industry. If you follow the business side of the beer industry, it’s worth a read. 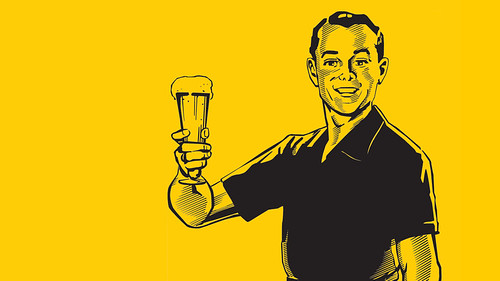 Today’s infographic is a simple rendering of The Beer Color Spectrum, created by Definition Ale, A Canadian beer blog written by Stephen Rich. It uses SRM. 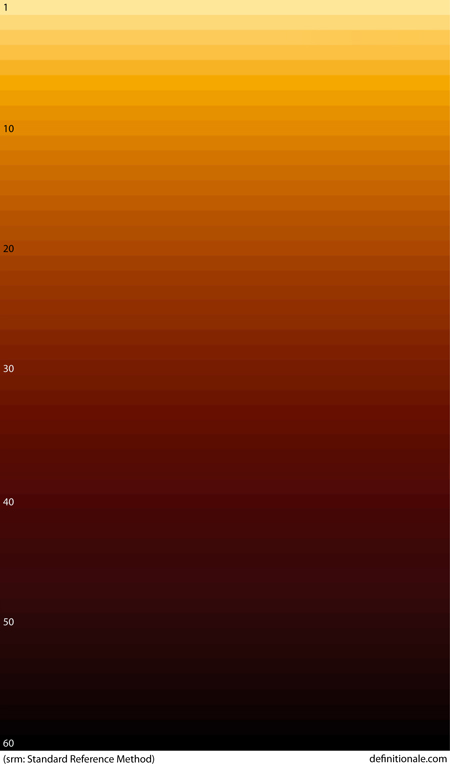