Thursday’s ad is for Molson, from 1957. Although I don’t speak (or read) French, I only know it says something along the lines of “Molson, a full table” thanks to Google translate, though I’m confident there’s some idiomatic translation that’s more poetic. 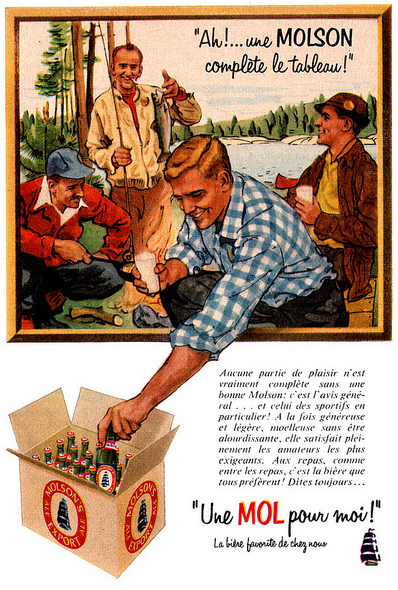 I’ve had my share of beers made with odd ingredients, from pizza beer to Wynkoop’s bull testicle beer, with all manner of flowers, nuts, fruits, vegetables and tree parts in between. But this one has to take the cake. The Japanese brewery Sankt Gallen created a beer with elephant dung, which reportedly immediately sold out. 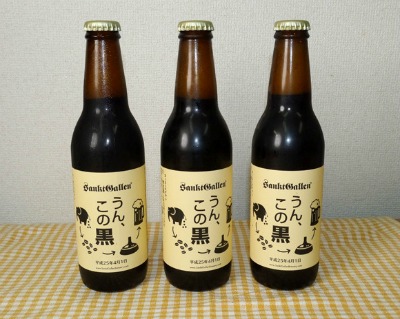 According to Drinks Business:

The beer, which is called Un, Kono Kuro, is made using coffee beans that have passed through an elephant.

The Sankt Gallen brewery called the beer a “chocolate stout,” despite it not containing any chocolate. The coffee beans used in the beer come from elephants at Thailand’s Golden Triangle Elephant Foundation, which cost over $100 per 35 grams. The beans are so expensive as 33 kgs of beans in the mouth yields 1 kg of useable coffee beans.

According to another source, International Science Times, the beer “utilizes the flavor of Black Ivory Coffee, a variety of your morning brew that retails for about $500 per pound because the beans are harvested from elephant poop. And by “harvested” we mean picked out of a big pile of dung and rinsed off. The elephant poop beer uses the coffee beans to enhance the flavor in its coffee stout.” They continue.

Un, Kono Kuro is a pun on “unko” which is the Japanese word for “crap,” a fitting name indeed for elephant poop coffee. Although the elephant poop beer was a sales success, don’t expect it hit shelves anytime soon. The brewer, Sankt Gallen, isn’t adding it to their regular line-up. It’s not cheap beer, either; the retail value of a keg of Un, Kono Kuro is around $1100.

So apparently it’s pretty popular. At least one reviewer said it wasn’t bad, saying “there was an initial bitterness that got washed over by a wave of sweetness. Following that, a mellow body rolled in and spread out through my mouth.” Still, this may be going too far. What do you think? 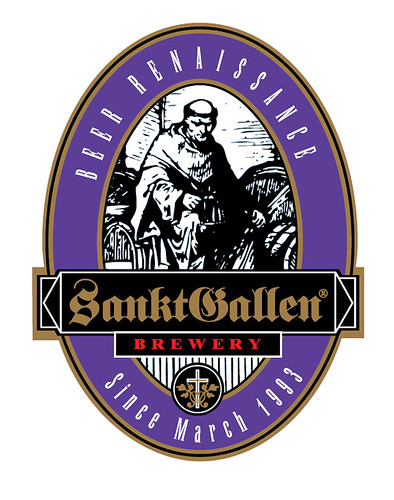 Today’s infographic shows Five Centuries of Beer in Colombia, created by Pulpo. I suspect that if I knew Spanish it would even be cooler. 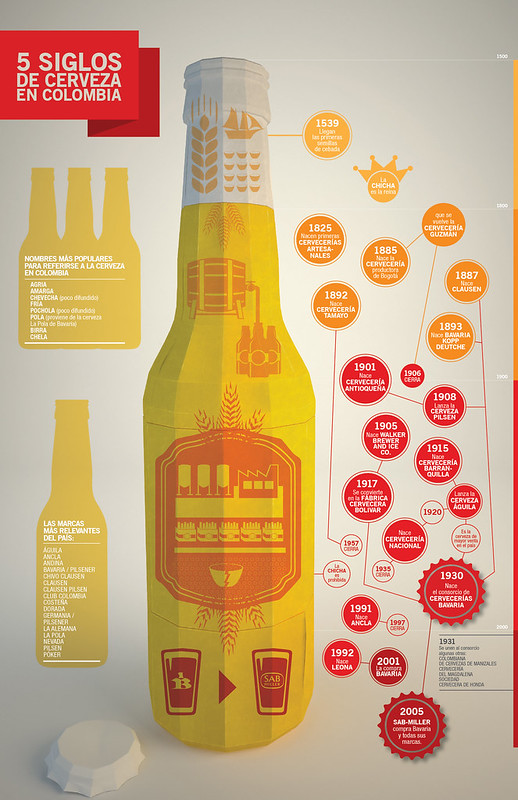 I tend to think that the U.S. has a lock on the provincial, puritanical thinking that forbids so many odd features of everyday life, often anything to do with sex, while at the same time allowing violence with nary a sideways glance. I’ve never understood that, but maybe that’s just me. Anyway, apparently Sweden is similarly off the deep end on sex, something I would never have expected. A Danish brewer, Amager Bryghus, created a series of seven beers based on the seven deadly sins, with a different beer, and label, for each. They call them the Sinners Series. 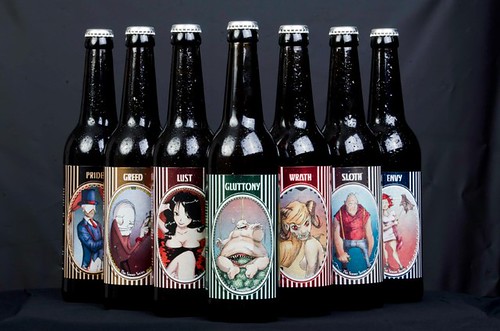 Take a look at the seven labels below and see if you can guess which one Sweden decided had to be censored?

If you answered Lust, you’re correct. Here’s what the label looks like outside of Sweden. 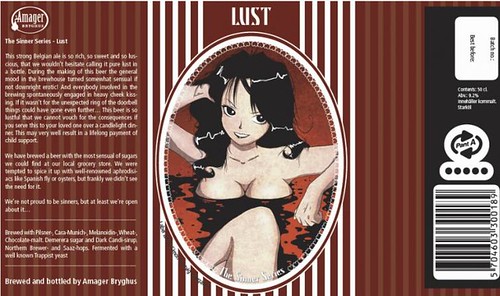 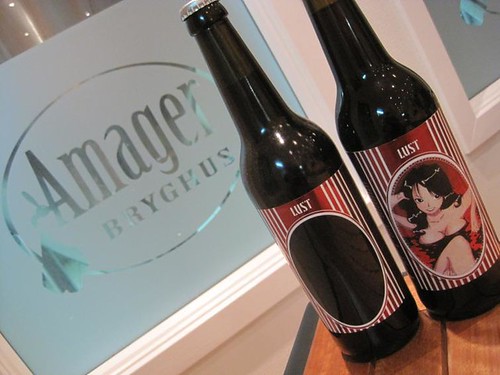 According to The Local, an English-language news website covering Sweden, the problem was that “Danish beer bottles ‘too sexy’ for Sweden.” Like some U.S. states and Canadian provinces, Sweden has government-run liquor stores, and they make the decisions as to what’s acceptable.

Sweden’s state-run liquor retailer has decided that the picture on the Lust bottle, which contains a sweet Belgian ale with a 9.2 percent alcohol content, doesn’t abide by Sweden’s alcohol etiquette.

“It’s quite a sexual label.”

As a result, Systembolaget has told the brewers to remove or edit the picture if the beer is to be sold in Sweden. The brewers responded by simply blacking out the entire label so neither the woman nor the bath is visible at all.

But it wasn’t an easy process, according to the brewers.

“We had to go through ten attempts before they’d accept it,” Henrik Papsø, head of communications at the brewery, told The Local.

Still, it seems awfully weird that a cartoon woman that’s only suggestive at best tripped up the censors. And I though we were prudes. 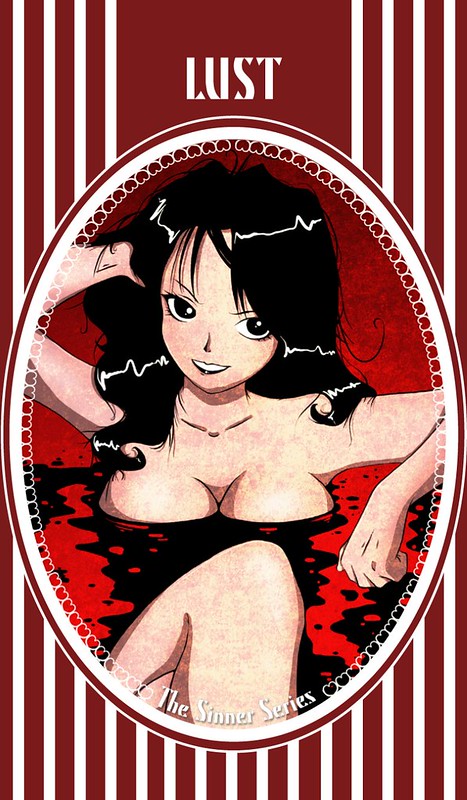