Tuesday’s ad is for Ballantine, from 1961. While Ballantine may be one of the few American breweries in the 1960s making ales, this ad is for their Double LL, which was a “Light Lager.” You have to admit “Double LL” sounds better than light lager, even if it doesn’t quite make sense. Wouldn’t it just be “Double L” since “Double LL” would actually be “LLLL?” Either way, it’s “the ‘crisp’ refresher…” 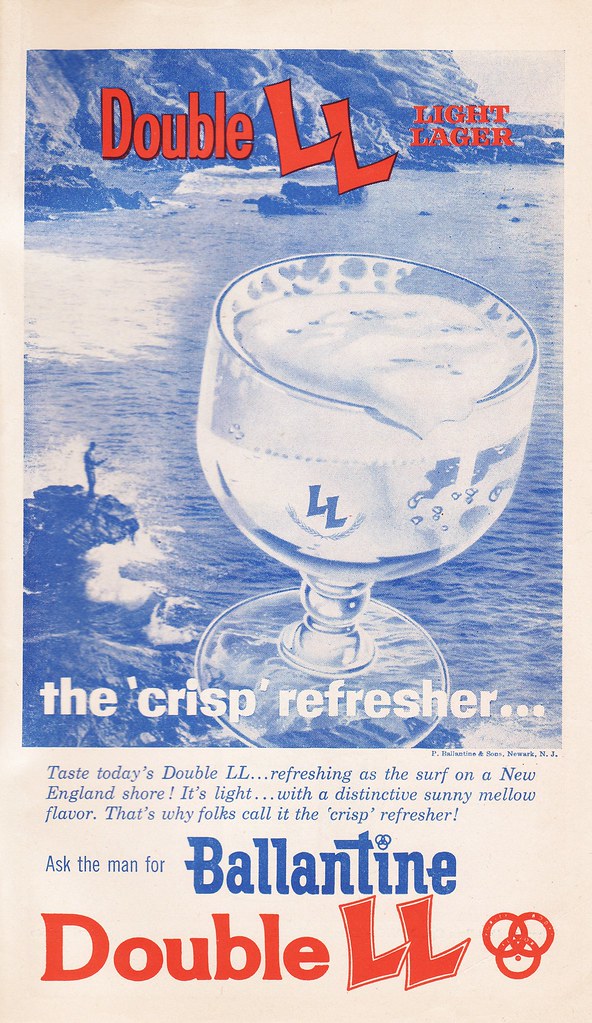 Today’s infographic is pretty cool. It was created as design exercise, by Kris Erickson on his blog, EricksonData. It’s what he refers to as a Gephi Viz, this time with beer data. He used the bottled beers listed in the BreweryDB, “and filtered out many of the smaller US brewers (according to number of beers entered into BreweryDB).” 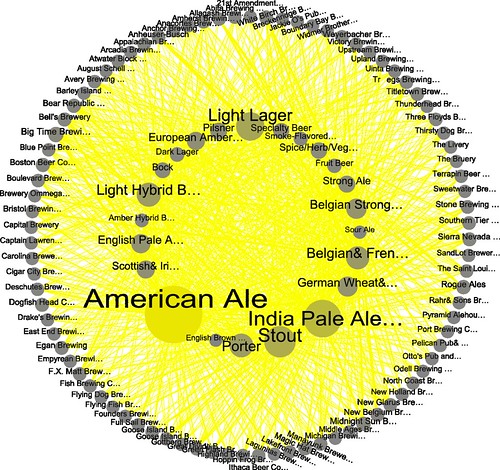