Monday’s ad is for Schlitz, from 1959. It’s from their “Know the real joy of good living …” series, and shows a couple at a golf course. The woman is trying to write down her score on the scorecard , but she looks distracted by the shiny beer that the man is holding up. He almost looks like he’s trying to hypnotize her with beer. “You’re getting sleepy ….” 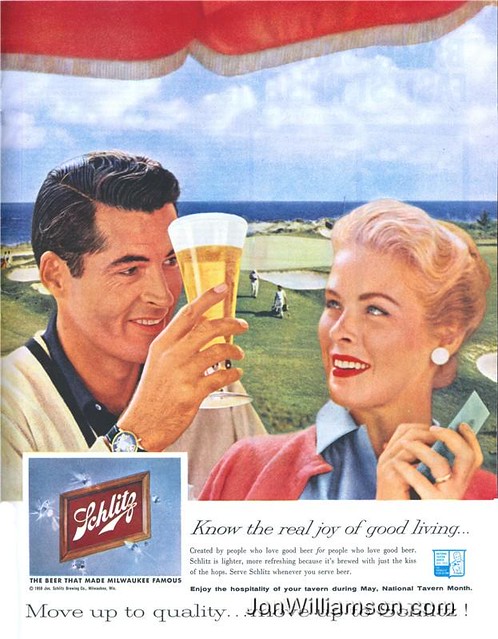 Back in February, during SF Beer Week, it hit me that we needed a Session Beer Festival in the Bay Area. California is already known for big, hoppy beers but I was convinced that not everybody wants an extreme beer all the time. Don’t get me wrong, I love a hop bomb IPA or an Imperial Stout as much as the next beer geek, but not every day of the week. So I started talking it up, mentioning the idea here and there. I spoke to the San Francisco Brewers Guild, called Joe Tucker from RateBeer, and brought it up with several brewers. Everybody liked the concept.

Somehow word reached John Martin and Drake’s/Triple Rock. Their wonderful marketing director, Kelsey Williams, picked up the ball and has been running with it ever since. After discussions with all of us, she’s set a juggernaut in motion. First, at least in the Bay Area, we’ve declared that May is “Session Beer Month,” and we’re calling on all breweries, bars, restaurants and beer stores to create some sort of event to create awareness of session beers. This is the first year, obviously, so we’re not expecting too much this time around, but are looking at the long haul, hoping to create momentum so that next year Session Beer Month will be huge, or at least will grow bigger each year.

To facilitate that, she’s also created a Facebook Page and Twitter account for SessionBeerMay. Check them out; “like us” and “follow us,” and most importantly, if you’re in a position to help, please consider creating a session beer event this month. If you’re not, please consider supporting the effort by drinking session beers throughout the month. If your favorite place doesn’t have any, ask them to carry at least one session beer. Although it may spark an unwinnable debate, we’re defining “session beers” as 4.5% a.b.v. or below. We accept that sometimes a 5% beer can be considered sessionable, but for our purposes — with tongue firmly in cheek — those we’ll consider “imperial session beer” or “extreme session beers.” 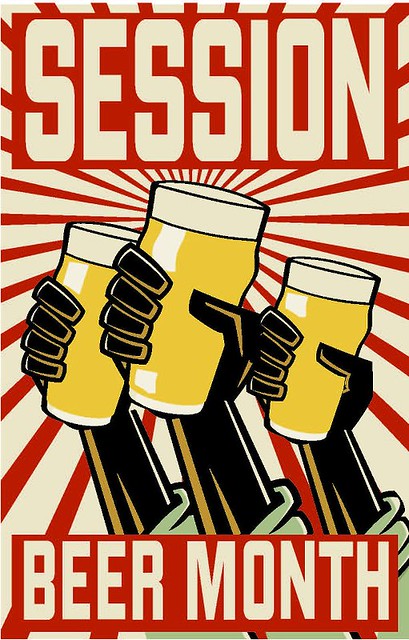 On the Facebook page, Kelsey’s drafted our mission statement.

Beer lovers, we are in the midst of a revolution. We have thrown off the fetters of the fizzy yellows and clamored for change. To supplant the sameness, we sought and found the EXTREME. We now have Triple IPAs and World Wide Stouts, Bourbon Barrel Aged Imperials, Belgian Quads, and all manner of High Gravity beers stuffed with fruits, spices, malts, hops. We’ve reached for the outermost precipices of beer, and succeeded.

Yet, in our noble quest for more innovation and more experimentation we have flown past many classic, well-loved, craft beer styles that may have seemed, due to their modest alcohol contents, a little too close to the weak, yellow, fizz water we’d escaped.

We have left behind these beers of import, beers perfectly suited to a long conversation at the pub, a picnic at the park, a post-hike refreshment, or a mid-summer beach trip, and beers that one can happily imbibe over the course of a few hours and leave satisfied and still standing.

We call to you beer lovers. Do not disregard a well-made, flavorful Bitter, Mild, Scottish Ale, Dry Stout, or any other Session beer because you perceive a lower alcohol content as a sign of the weak and bland. Allow us to prove that these beers are worthy of consideration. They, just like the extreme beers, have their place in our fridges and on our local taps.

We declare the month of May for Session beers. Beers that need not be analyzed, dissected, sipped, or sniffed in abundance. Delicious beers that not only enhance a good conversation but can extend it through multiple rounds.

Raise a Pint. Raise a Few. Spread the word in May; Less is most certainly more.

Amen. That’s the idea, nailed up to the electronic doors of the church of extreme beer, in the hopes of sparking a session reformation.

The next step? That’s easy: A Session Beer Festival. This year the NorCal Session Fest, will be held modestly at Drake’s Brewing in San Leandro on Saturday, May 25, 2013 from 12-4 PM. As befits session beers, the festival will benefit the East Bay Bike Coalition. Tickets to the event are $30 in advance and $35 at the door. You can buy tickets online at Brown Paper Tickets. In addition to the beer, local food trucks will be on-site with tasty food for sale. Please join us for the first beer festival celebrating session beers in the Bay Area. Let’s make this an annual event. I’ll see you there. 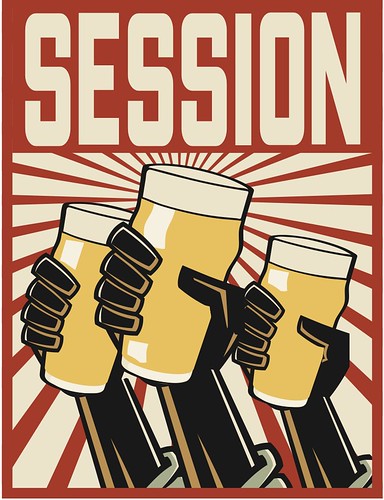 Today’s infographic, entitled beer/bi(ǝ)r/, shows a multi-colored pint glass surrounded by a few factoids about the beer inside. 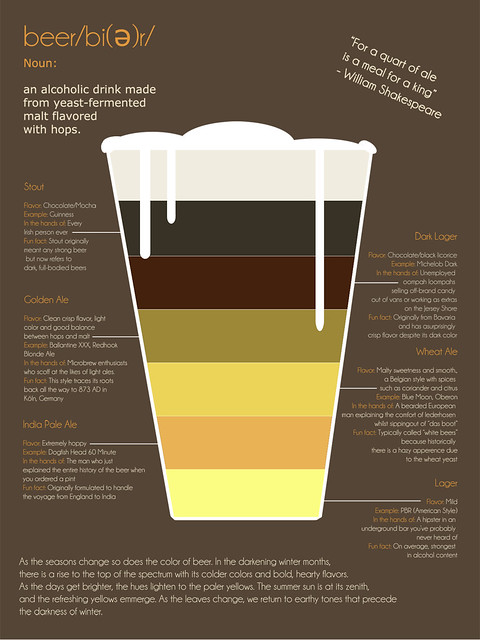