Wednesday’s ad is for Miller High Life, from 1955. Showing scenes of two groups playing golf, 100 years apart, the 100 Years In America they’re referring to vaguely tied to being “still the National Champion of Quality.” They also make the connection that golf courses are unchanged, and the beer is unchanged, over that same century. And that must be one really tiny pilsner glass, as it’s been filled to the top, but the bottle is still half full. 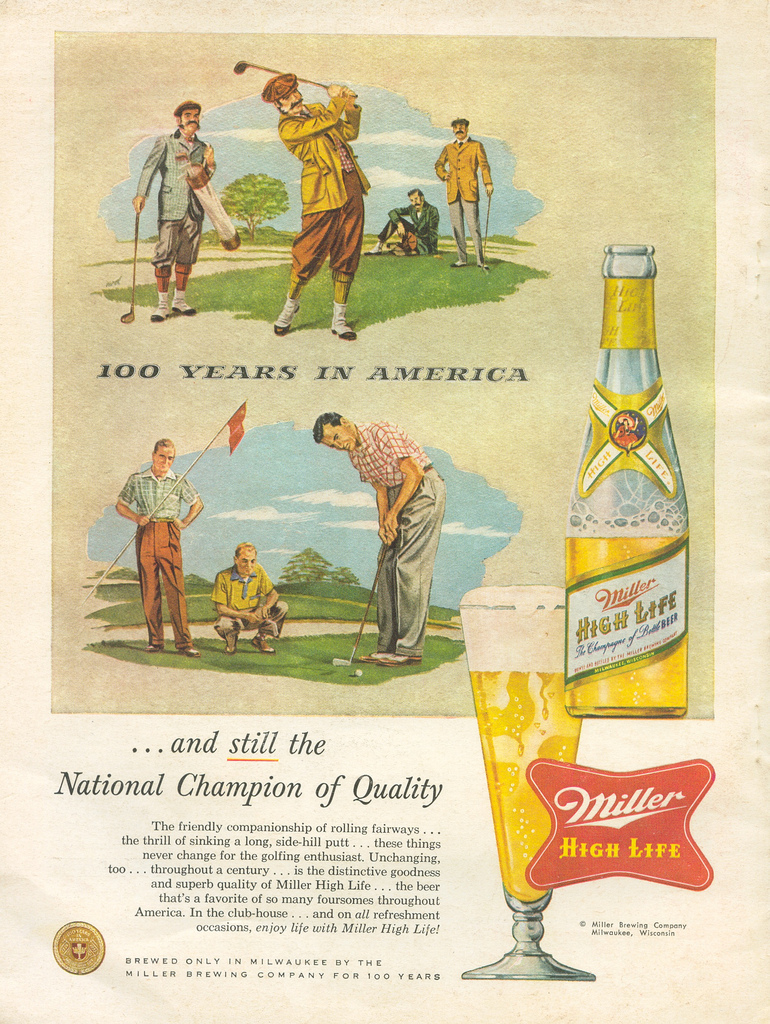 Today’s infographic shows How To Make A Yeast Starter, a cartoon guide done by a “Sullivan” in 2012, although I found it on HomeBrewTalk.com. 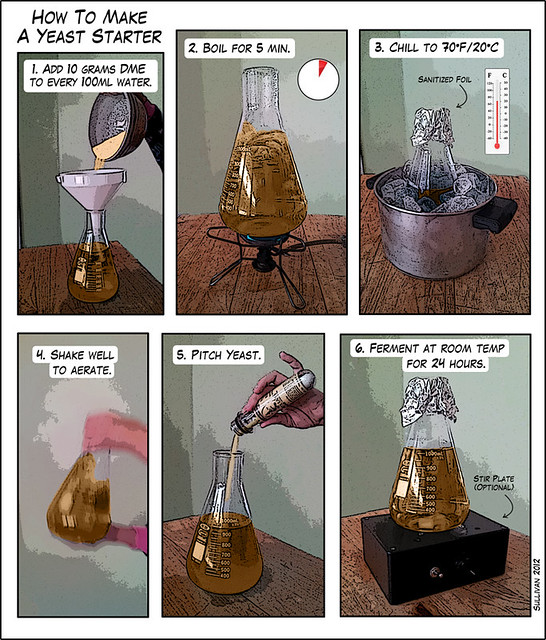 This is great news, Alabama may soon become the last state to legalize homebrewing since Prohibition, thanks in large part to the grassroots efforts of Right to Brew. According to the American Homebrewers Association:

“Homebrewing has been an integral part of the history of America, so it’s thrilling to know that soon all 50 states will support this growing hobby and long-standing tradition,” said Gary Glass, director, American Homebrewers Association. “We appreciate the backing of all of the homebrewers, the dedicated grassroots efforts of Right to Brew and the legislators who have worked so diligently to make homebrewing a reality in Alabama. We are especially grateful to Representative Mac McCutcheon who introduced this bill and has fought long and hard for its passage, along with Senator Bill Holtzclaw.”

Alabama is the last state holding out against legalizing homebrewing. In March 2013, Mississippi became the 49th state to pass homebrew legislation. The AHA has been working with Right to Brew for five years in order to get the Alabama bill passed.

Homebrewing became federally legal in 1979, though the 21st Amendment predominantly leaves regulation of alcohol to the states. Therefore, even though homebrewing is federally legal, it is up to individual states to legalize homebrewing in state codes. Once the Alabama bill is signed by Gov. Bentley, it will be the first time since pre-Prohibition days that homebrewers in all the states can legally brew at home.

The next step is for the Alabama governor to sign the bill into law. If you’re in Alabama, please urge the governer to do so. You can find out how to help at the Craft Beer website. 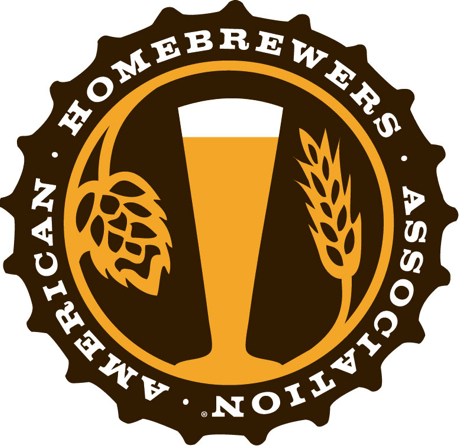