Thursday’s ad is an Independence Day ad featuring Early American Pioneer Ben Franklin. In this ad, he’s flying a kite — at night, oddly — but I guess that’s so we can see the three-ring Ballantine logo in lightning. 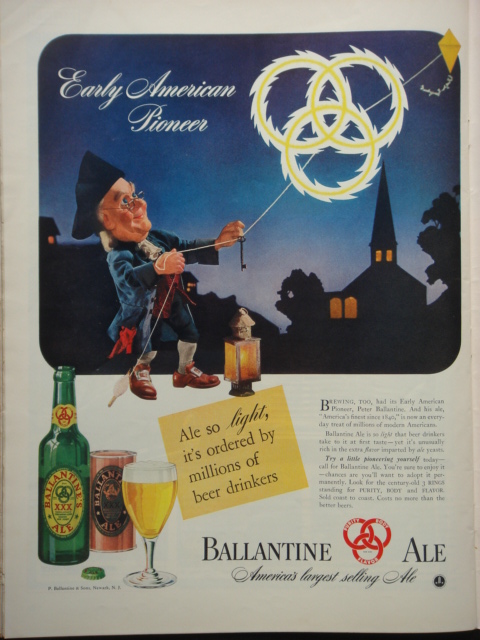 Today’s bonus infographic, since this is the only day I can really use it, is about all things “4th of July.” It was created by DegreeSearch.org, and includes a mention o beer as one of the historical factoids in the infographic.

Last year, the Twin Cities’ Surly Brewing announced that they would be building a “destination brewery” in Minneapolis’ Prospect Park neighborhood. The StarTribune has recently released images of what the proposed brewery is going to look like. Take a look at the architect’s renderings of the new $20 million brewery. 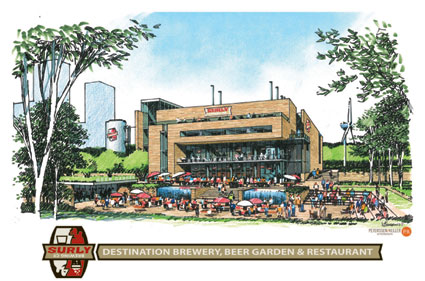 Today’s infographic, in honor of Independence Day, is entitled Presidential Drugs of Choice, showing each out U.S. Presidents favorite alcohol, tobacco or other pleasures. It was originally part of a Kickstarter campaign by Turncoat Wine. It shows each president and then lists their preferences, of which a dozen list beer as one of their favorites. 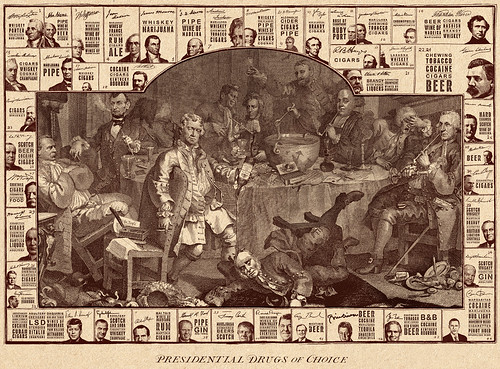 A new study out of Greece, conducted by the Harokopio University in Athens, appears to show that drinking a pint of beer a day may be beneficial to your heart. According to the abstract from the journal Nutrition:

From which, they drew the following conclusion. “Beer acutely improves parameters of arterial function and structure, in healthy non-smokers. This benefit seems to be mediated by the additive or synergistic effects of alcohol and antioxidants and merits further investigation.” So the results are preliminary and further studies need to be done. Still, it’s a step in the right direction if drinking beer in moderation can add one more benefit to the growing number of reasons why having a beer day isn’t just an enjoyable way to live, but may also be good for you, too. I’ll drink to that. 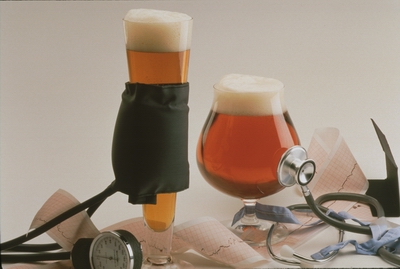