A couple of months ago, the Tax Foundation interviewed Lester Jones, who’s the economist for the Beer Institute in Washington, DC. As I am a great fan of the dismal science, Lester’s become a good friend over the years and is a great asset to the beer industry. Tax Foundation host Richard Morrison describes the podcast interview. “Beer Institute Chief Economist Lester Jones explains the tangled web of federal, state, and local taxes that get applied to the beer we drink.”

If that doesn’t work, try listening to it directly on the web. 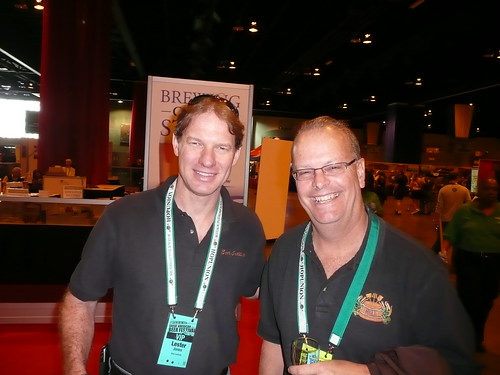 Lester Jones, at GABF a few years ago, with George Reisch of ABI.

Today’s infographic is more a work of art than anything else, and illustrates 6 of the World’s Biggest Parties, one of which is all about beer, and during at least three more of them, beer is fairly prominent. 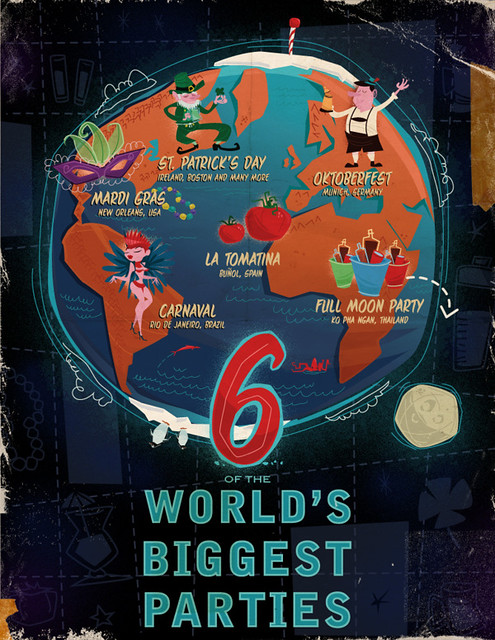 Cantillon just announced both the date — September 14 — and the participating bars for this year’s Zwanze Day. If you’re not familiar with it, here’s an overview I wrote about last year’s Zwanze Day for my newspaper column.

Belgium has essentially two separate regions, with the northern half known as Flanders. The language spoken there is a dialect of Dutch, known by the same name as the people of Flanders: Flemish. The word “zwanze” is unique to Flemish, has its origins in Yiddish, and essentially means a self-deprecating type of humor that’s typified by sharp-edged, playful jokes, usually good-natured. It’s said that this type of humor has become “a characteristic, defining trait” of the Flemish themselves, and for some a way of life. A “zwanze” is a joke, a “zwanzer” a joker.

It was with that same playful spirit that Cantillon approached the concept of making a Zwanze beer. The goal was to create a fun beer; something a little unusual, using non-traditional ingredients. This year’s Zwanze beer is made with rhubarb. The base beer is a Lambic, with two seasons, or summers, in wooden barrels. That’s then moved into a stainless steel conditioning tank where 300-grams of rhubarb per liter — about 2/3-pound — are added and aged for roughly three months, and then it’s kegged directly from the tank.

The first Zwanze beer was made in 2008, and was also a rhubarb beer. In subsequent years they’ve made it with elderflowers, pineau d’aunis (a red wine grape) and last year they brewed a sour witbier, made with the traditional coriander and orange peel. This is the only repeat so far, which was necessitated when the originally planned 2012 version — a Lambic take on a Trappist Abbey Ale — didn’t mature in time. Van Roy decided instead to make the rhubarb Lambic again, primarily because it was his wife’s favorite.

As a result, while it’s not been announced, I believe this year’s Zwanze Day beer will most likely be that Lambic take on a Trappist Abbey Ale that wasn’t quite ready last year. 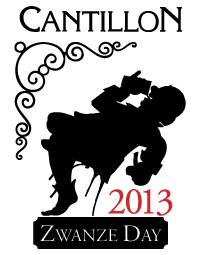 A worldwide toast of the rare, unique beer will be held simultaneously at 46 beer bars and breweries across the globe, in 14 countries, mostly European. By far, the U.S. has the most, with 22, including four in California: