Today’s infographic is a pie chart showing where people buy their beer. The chart was originally used with an AdAge story, Stat of the Day: Where People Buy Their Beer, using statistics from February of last year. By dollars, most people buy their beer at restaurants, but imagine how much more would be sold if more restaurants actually paid better attention to their beer list. Second was bars, followed by convenience stores in third place. By volume, the most beer is sold at convenience stores, followed by supermarkets/grocery stores and “other” in third place. In both measure, concessions comes in last place; I wonder if the often-gouging price has something to do with that? 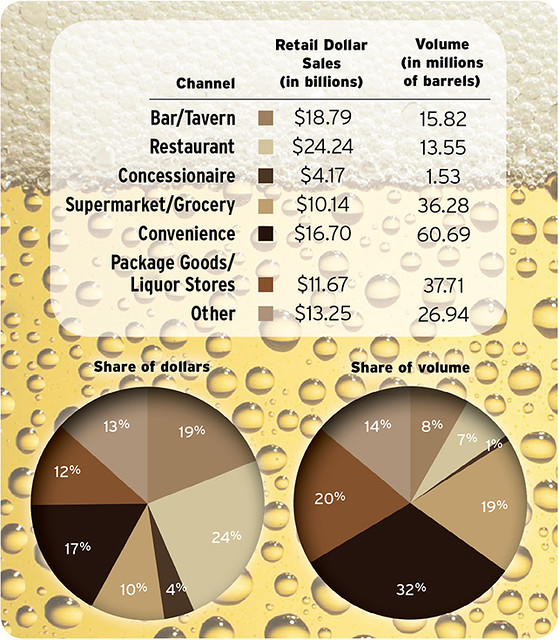