Monday’s ad is for Falstaff, from 1964. It’s part of an odd series of ads featuring a gorilla that Falstaff did that year. This one shows the gorilla sitting in a rocking chair, reading, while a woman reclines on the floor building a beer can pyramid. 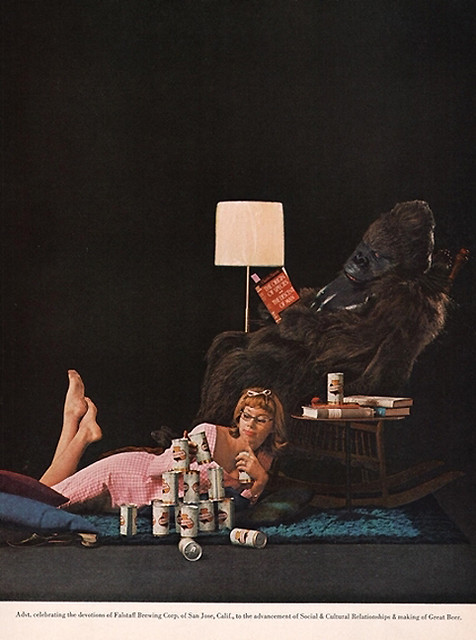 One of San Francisco’s newest beer companies, Pine Street Brewery, is building its own brewery and trying to expand its business. One of things they’re in desperate need of is tap handles and kegs. So they’ve turned to Indiegogo (a crowdfunding website similar to Kickstarter) to help raise the funds they need to grow. They’re offering various tchotchkes for different levels of financial support, as detailed in the Indigogo Pine Street Brewery web page.

With our recipes perfected and a commercial brewing space secured, we need tap handles and kegs to keep up with growing demand in San Francisco! With your help we can provide our city with enough green PSB handles to have our beer in every neighborhood.

We’ve brainstormed hard to come up with great incentives for your donations – just a small token of how much we appreciate your generosity. (Check the gallery for photos of the prizes: http://www.indiegogo.com/projects/pine-street-b…). Your contributions will help us establish our presence in the city, and we hope you’ll be proud to say you helped make it happen! 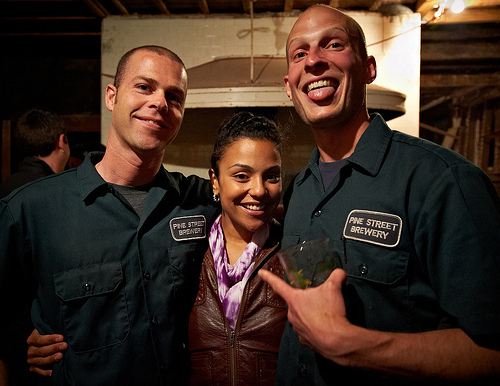 Today’s infographic is Know Your Beer Flavors: The Beer Pyramid, created by Jennifer Hood for an article in San Diego’s Locale Magazine, Beerology: How to analyze flavors, why you shouldn’t drink from a can, and why you vote like you drink… 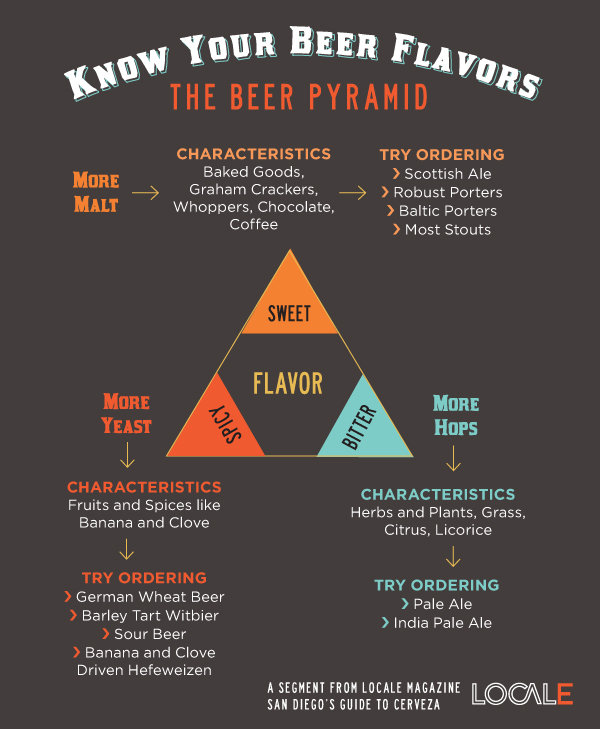 UPDATE: It looks like the material for the pyramid was taken from Cicerone Michael Agnew’s video he did for Betty Crocker. Here’s a link to the video, Beerology: The Flavor Triangle. 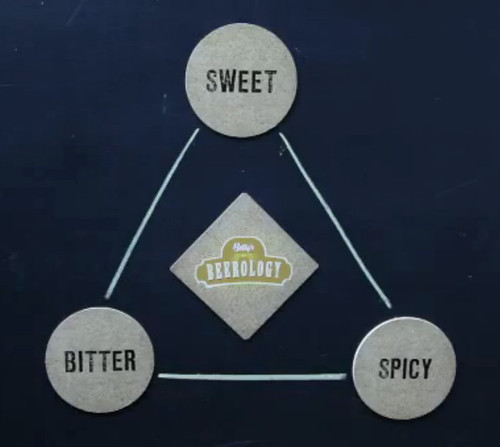 Today, Anchor Brewery announced that they’re releasing a new fall seasonal beer, BigLeaf Maple Autumn Red. According to the press release, the beer will be available beginning August 5 and will be around through October. In addition to draft, it will also be bottled in 6-packs and 22-oz. bombers.

BigLeaf Maple Autumn Red was inspired by a native California tree, its incredible leaves, its delicious syrup, and the colors of fall. The tree, known as Bigleaf maple, thrives along the banks of California’s mountain streams. Native Californians once made rope and baskets from its bark. Today, artisans handcraft its wood and burl into custom guitars.. Bigleaf maple sugaring in California dates to the 1800s; yet this tree’s unusually flavorful syrup remains the product of a small group of hobbyists. A hint of maple—including bigleaf maple—syrup in every brew perfectly complements the malty complexity, balanced hoppiness, and rich fall hue of BigLeaf Maple Autumn Red, a red ale like no other.

“When presented with the challenge of developing a new seasonal beer, all of our brewers collaborated to think fall and came up with this red ale,” said Mark Carpenter, brewmaster at Anchor Brewing. “We are very happy with the finished product, especially since we don’t do test batches here at Anchor. It requires us to be on top of our game when crafting new beers and BigLeaf Maple is a beer we’re all proud to share.”

BigLeaf Maple Autumn Red (6% ABV) is a quaffable, well-balanced red ale with character. Its malty complexity and coppery color come from a combination of two caramel malts, pale malt, and a hint of maple syrup. To complement these flavors, Anchor Brewing uses three additions of Nelson Sauvin hops in the brewkettle and a unique blend of Nelson Sauvin, Citra, and Cascade for dry hopping. The result is a distinctive fall seasonal with extraordinary depth and intriguing aroma.

Since the 1970’s, Anchor Brewing has worked with renowned local Artist Jim Stitt to create our beer labels. A distinct, handmade beer deserves a distinct, handmade label and BigLeaf Maple is no exception. In autumn, the bigleaf maple’s huge leaves, up to a foot across, can display a full range of color as they slowly turn from green to gold to red. Capturing this symbolic transition from summer to fall, a watercolor of bigleaf maple’s magnificent leaf is featured on our label and signed by Jim Stitt. 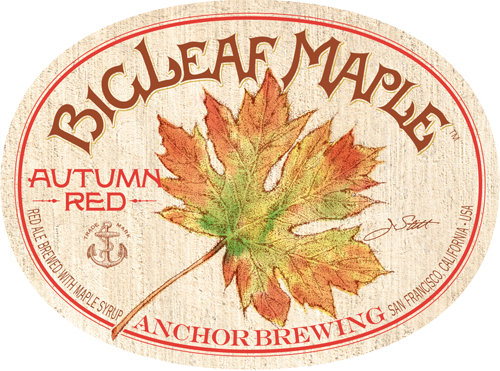