Thursday’s ad is still another one for Falstaff, again from 1964. It’s the fourth in an odd series of ads featuring a gorilla that Falstaff did that year. This one shows the gorilla lying on his back reading a book on Zen while a woman with pigtails sits in a chair knitting a giant blue sock, with nearly a case of Falstaff cans at her feet. 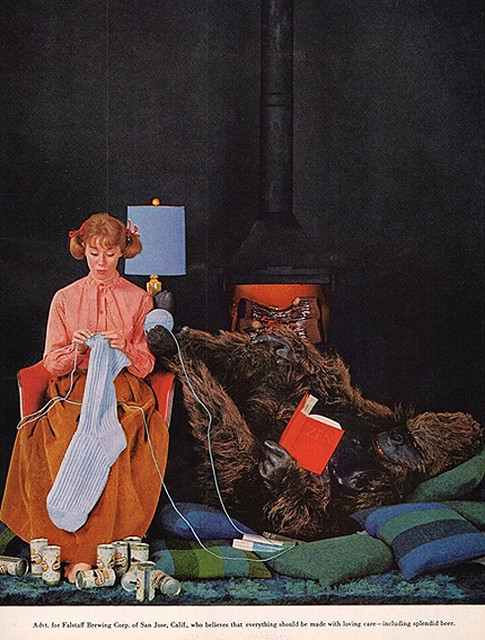 Today’s infographic is from the horribly misnamed Food & Wine magazine where they featured a chart entitled Exercise Your Beer Know-How that shows over two-dozen beer styles from lighter to stronger, with where they fall on the spectrum of four different criteria, and then they suggest an example. 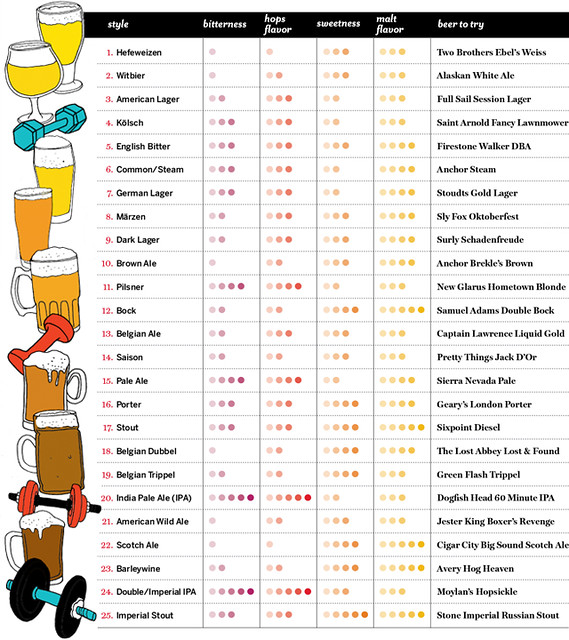