Thursday’s ad is for Pabst Blue Ribbon, from 1947. Showing a picnic scene, just look at the face that the man chowing down on a chicken leg is making. Is he looking at the PBR being poured into a glass, or the woman in the tight red outfit doing the pouring? 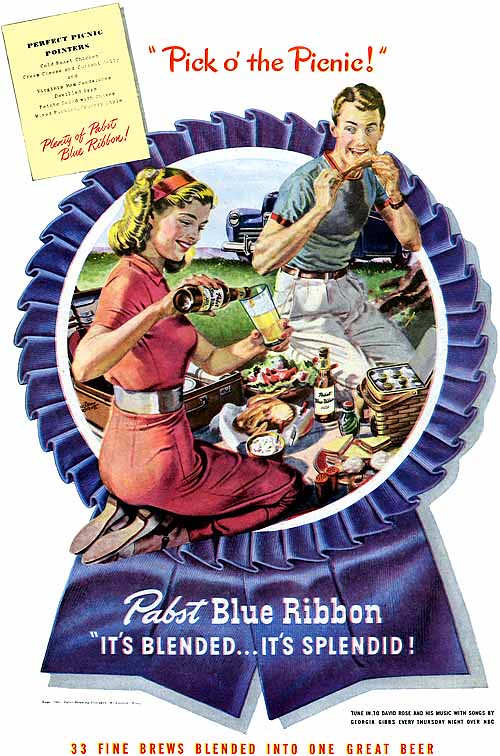 As today is IPA Day, we should remember that as wonderful as these hoppy beers are, there’s a lot of mythology surrounding them, much of which is exaggerated or simply untrue. Several British beer historians have been working hard to reveal the truth — and dispel the myths — and have largely shown that the standard story of IPAs is simply not accurate. A good place to start is with my friend Martyn Cornell, and his Five facts you may not have known about India Pale Ale. For even more great information, buy his wonderful book, Amber, Gold & Black. Amazingly, he often gets angry comments and e-mails from Americans who prefer their cherished mythology over learning the truth. And there’s also Pete Brown (author of Hops and Glory) and Ron Pattinson, too, who have taken a good look at IPA’s history.

I’m starting to think we should lose the “India” in IPA and replace it with “Imperial,” although I know some people have a hard time with that modifier, too. But in a sense, an IPA is an imperial version of a pale ale, so it seems like it would work; and it would allow an Imperial Pale Ale to remain an IPA. Furthermore, Double IPAs and Triple IPAs could continue to be called by those names, with a minimum of fuss, although we’d have to ditch Imperial IPA in favor of Double.

To me, the most exciting thing about IPAs these days is that IPA is no longer simply one kind of beer, if indeed it ever was, but instead has fractured into numerous varieties. As I detailed in my latest newspaper column, IPA Day, there is currently American-style IPA, English-style IPA, Imperial/Double IPA, Triple IPA, Black IPA (or Black Ale), White IPA, Rye IPA, Belgian IPA (or Belgo-IPA), Farmhouse IPA, Wild IPA, IPL, Red IPA, herbal IPA, spiced IPA, Session IPA, West Coast IPA, San Diego IPA, Single Hop IPA, and who knows how many others. I’m sure someone is working on a Quad IPA right now. Can a Fruit IPA be far behind? But whatever kind of IPA you hoist today, enjoy the hop flavors in it, secure in the knowledge that there are more different beers being called an IPA than at any other time in history. To me, that’s certainly worth celebrating. Happy IPA Day! 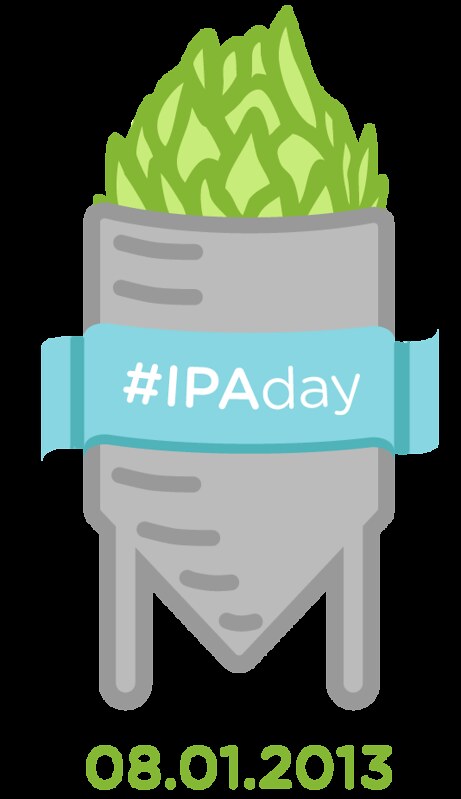 Today’s infographic concerns Colorado, the Beer Me State, created by Spork Marketing. On this day in 1876, Colorado became the 38th state. 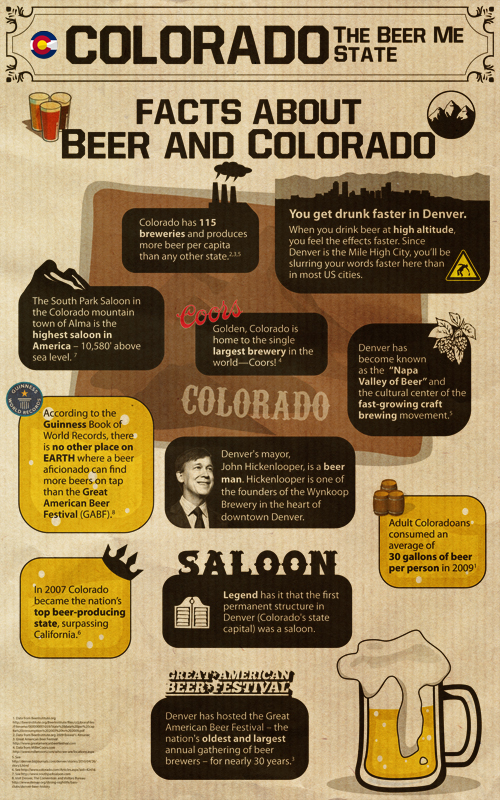