Friday’s ad is again for Pabst Blue Ribbon, also from 1950. This one features New York Yankee Tommy Henrich, who apparently was named Athlete-of-the-Year that year. He’s showing off his World Series home run ball, from what series I have no idea. Given the look on his face, it’s probably a good thing he’s sharing a PBR so his guest can endure his tall tales. 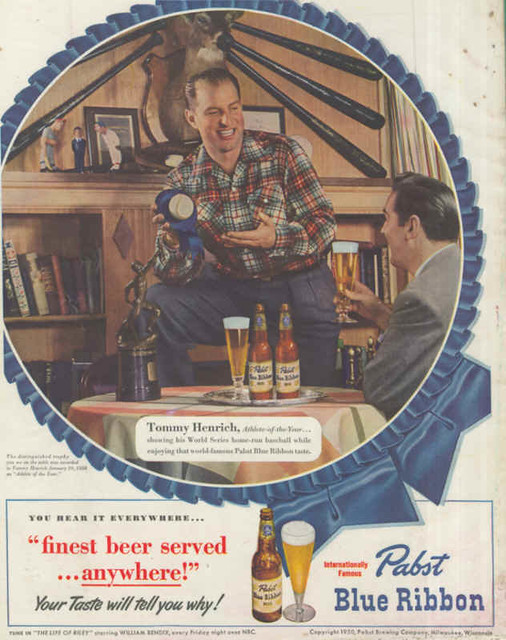 Today’s infographic is the second one created by the new beer check-in app Beer Hunt. It’s based on the most popular beers checked-in using the app over the months since it launched earlier this year.

There was an interesting article recently in the Smithsonian’s Surprising Science entitled Why Do Mosquitoes Bite Some People More Than Others? The article provides a good overview about why some people get bitten more frequently than others, and some of the causes believed to account for this very real phenomenon.

An estimated 20 percent of people, it turns out, are especially delicious for mosquitoes, and get bit more often on a consistent basis. And while scientists don’t yet have a cure for the ailment, other than preventing bites with insect repellent (which, we’ve recently discovered, some mosquitoes can become immune to over time), they do have a number of ideas regarding why some of us are more prone to bites than others.

Some of the factors include blood type, carbon dioxide, exercise and metabolism, pregnancy, skin bacteria, the color of your clothing and even genetics. But the interesting one that stood out for me, of course, was beer.

Just a single 12-ounce bottle of beer can make you more attractive to the insects, one study found. But even though researchers had suspected this was because drinking increases the amount of ethanol excreted in sweat, or because it increases body temperature, neither of these factors were found to correlate with mosquito landings, making their affinity for drinkers something of a mystery.

That beer is a mosquito attracter was confirmed by a study with the wonderfully bland title Alcohol ingestion stimulates mosquito attraction (seriously, who comes up with the titles for journal articles, so often they’re just dreadful). Of course, even though they know that it’s true that drinking alcohol attracts more mosquito bites, they still haven’t a clue why.

I’d love to see a study of different kinds of beer to see if any particular kind is more attractive to mosquitos than another. Can you imagine the ad copy following that study? “Drink our beer at your next picnic and mosquitoes will leave you alone!” 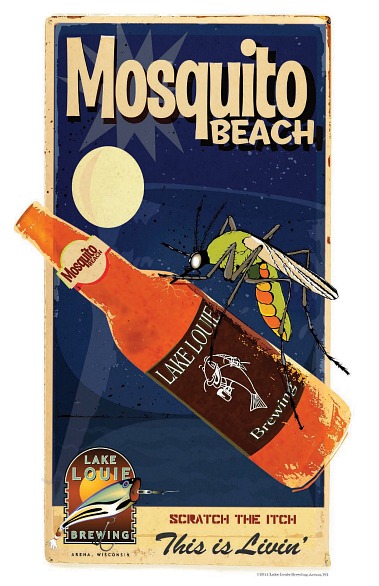