Tuesday’s ad is for is by the Brewing Industry Foundation, from 1956. Beginning during World War II, the USBIF began a series of positive ads under the name “Morale is a Lot of Little Things” followed by an unnumbered series of illustrated ads that were a precursor to the numbered “Home Life in America,” the crown jewel of ads which ran from 1945 to 1956, also known as the Beer Belongs series. But they didn’t end there, and for a short time afterward, beginning in 1956, several more similar ads were created but without the numbering or the “Home Life in America” association.

In this ad, entitled the “Time For A Breather,” the scene is a man having done a lot of work in the yard, and now he’s being rewarded with a beer. But his wife appears to have two glasses of beer on that tray, and I don’t know what she did to deserve the same reward? Plus, he either looks very proud of the work he’s done, or he’s a friend of Dorothy. The inset box is interesting. In it, the reader is told to “Give beer its head — pour with glass straight, not tilted — tastes even better that way!” 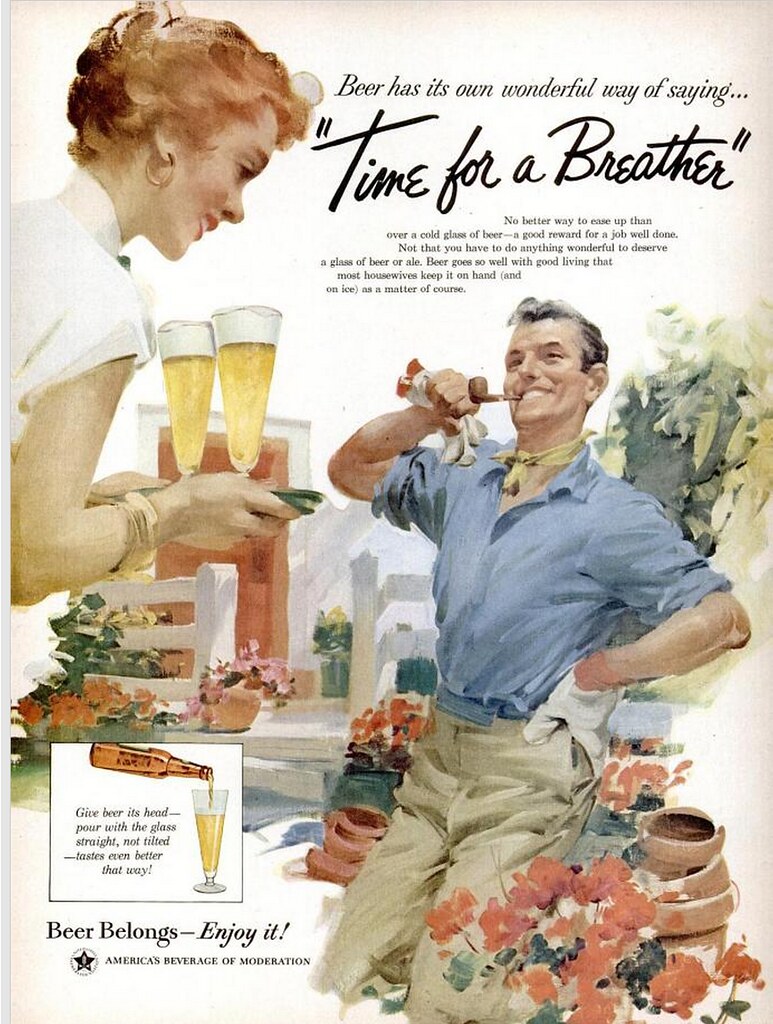 While staff was told earlier last month, Tom Dalldorf of the Celebrator Beer News, today made the official announcement that he was shutting down the print side of the business, suspending the printed version of the 30-year old brewspaper. As the former GM of the Celebrator, it was sad to see this news, but in today’s media climate where many breweries use guerilla marketing and social media over traditional journalism, it’s not terribly surprising. People have to support a robust media in order for it to thrive. The model of how people consume their beer news has undoubtedly changed in the last three decades, and there are less advertising dollars being spent, despite the growing number of breweries, on a greater number of media outlets. C’est la vie. 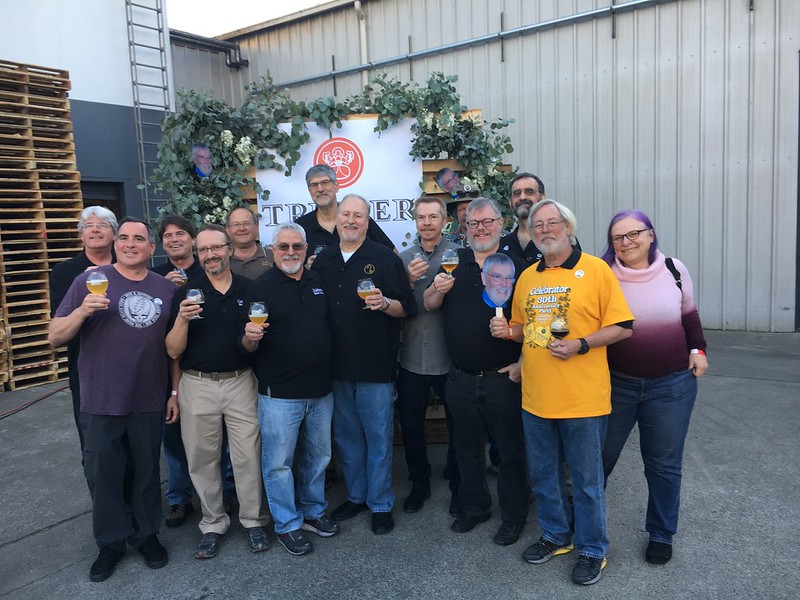 The Celebrator writers in attendance at the 30th Anniversary Party held at the end of SF Beer Week this February.

After 30 years of publication the Celebrator Beer News, the first publication to focus exclusively on craft beer, has suspended its print edition. Tom Dalldorf, editor and publisher, stated that the economics of a print magazine requires an advertising base that simply is no longer viable.

“The pervasive use of electronic media has rendered print media superfluous. The expense of design and layout and printing and distribution doesn’t work for the beer enthusiast the way it did just a few years ago,” said Dalldorf. “The craft beer world has grown tremendously in the last twenty years and beer enthusiasts, craving news and opinions on their favorite subject, are depending on websites and apps for news and reviews,” he said recently.

Consequently, Celebrator has re-launched its website on a WordPress platform that will allow it to be more timely in its coverage of the rapidly changing craft beer world. “Our new site allows us to get stories, news and information up instantly rather than waiting up to two months for the next print issue to drop,” said Dalldorf. Celebrator Beer News is now available 24/7 at celebrator.com. A mobile app is in the works as well, according to the publisher.

Hopefully, the Celebrator can make the transition to an online publication. 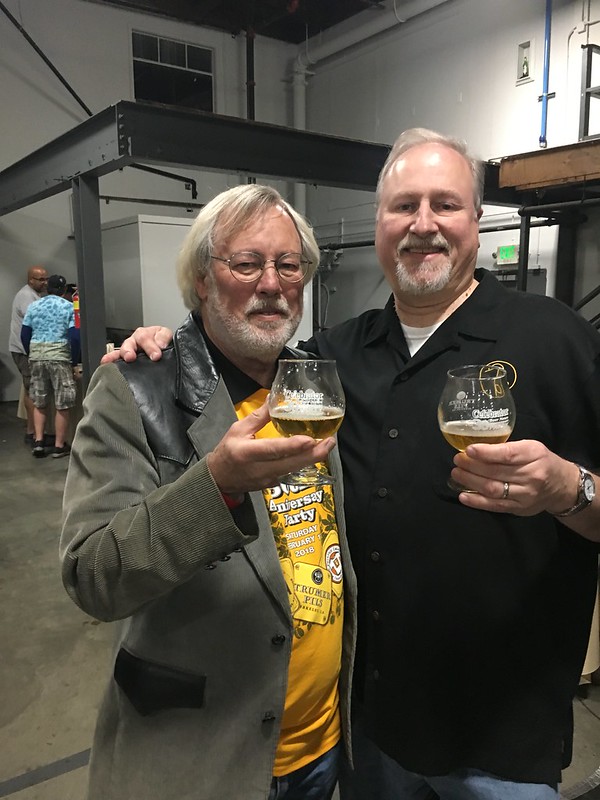 Tom and me at the 30th Anniversary Party.

And this was the final cover of the last Celebrator Beer News in print. 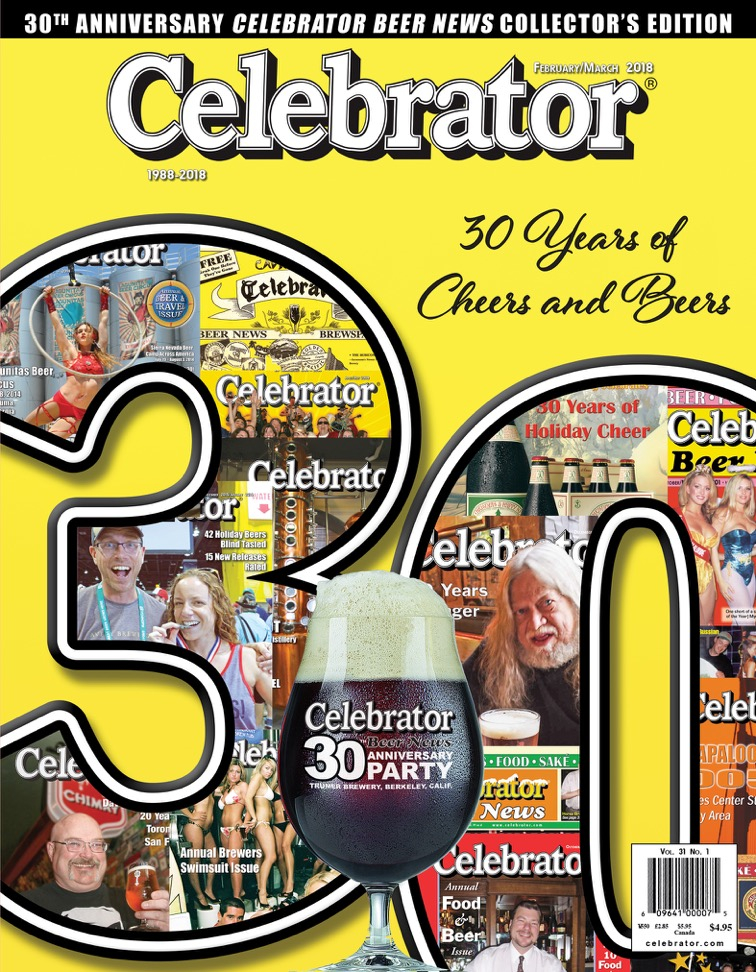