Thursday’s ad is for is by Ballantine Ale, from 1958. In the 1950s, Ballantine advertised the hop variety “Brewer’s Gold” as “a rare strain of choice hops” and even registered it as a trade-mark, although Brewers Gold is widely available today. In this ad, a Prospector is in a cave, panning for gold (which is odd, because usually you pan in a river or stream, but he must have said the magic words, “It’s the Genuine,” and a glass of liquid gold appeared to him. Or maybe he’s starting to hallucinate, which would at least explain why he’s panning for gold without a water around. 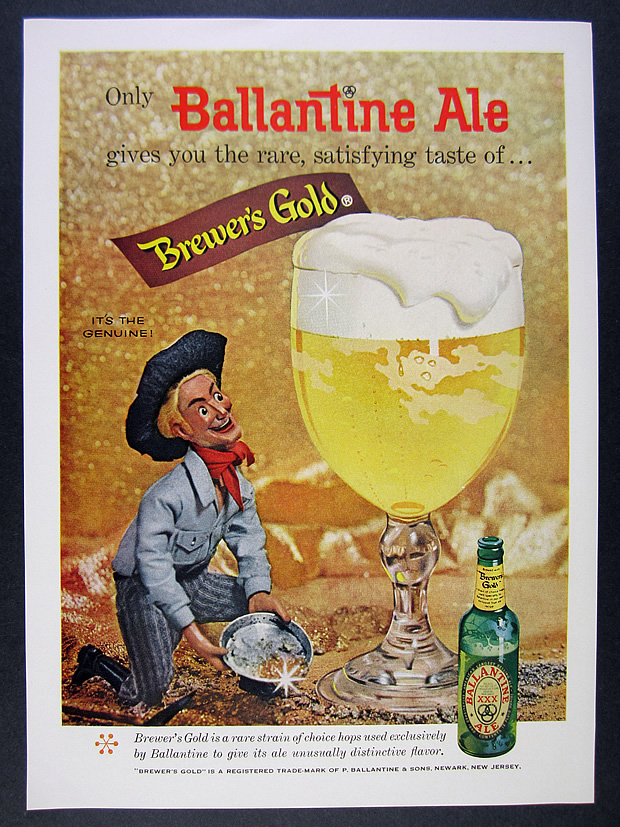