Tuesday’s ad is for is by Ballantine Ale, from 1957. In the 1950s, Ballantine advertised the hop variety “Brewer’s Gold” as “a rare strain of choice hops” and even registered it as a trade-mark, although Brewers Gold is widely available today. In this ad, a couple took a rowboat across a lake and have stopped at a secluded spot, where another couple was waiting for them, having already laid down a blanket and were settled with glasses of Ballantine Ale. But it looks like they have enough beer to go around. 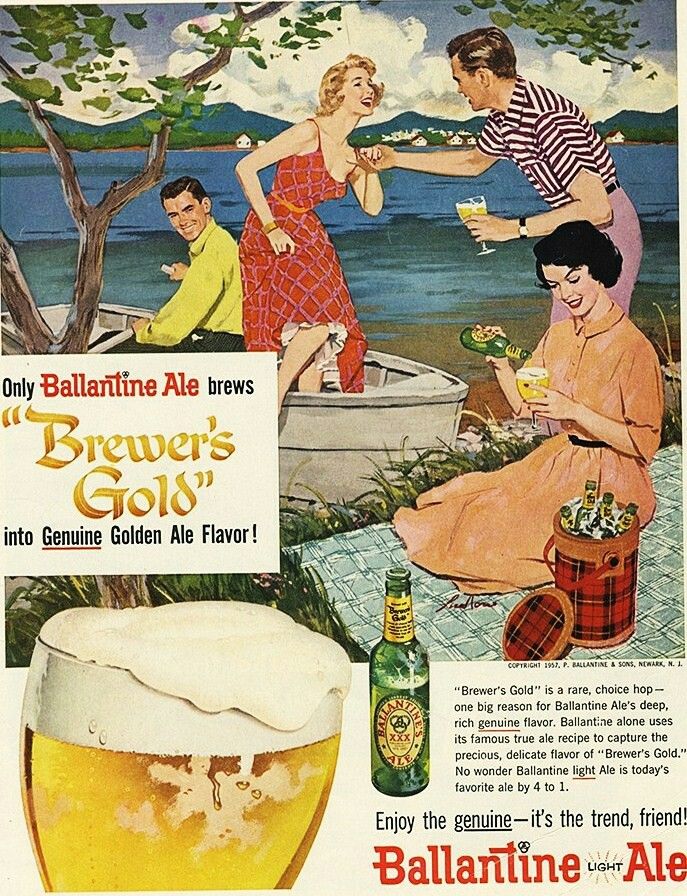