Sunday’s ad is for is by Ballantine Ale, from 1957. In the 1950s, Ballantine advertised the hop variety “Brewer’s Gold” as “a rare strain of choice hops” and even registered it as a trade-mark, although Brewers Gold is widely available today. In this ad, a couple is getting ready for the holidays, wrapping their Christmas presents. Although to be fair, in 1950s fashion, the woman is doing all of the work while the man is sitting in the easy chair and pouring himself a glass of beer. At least he appears to have given her a beer first, and is pouring himself his own only after he’s served his wife. 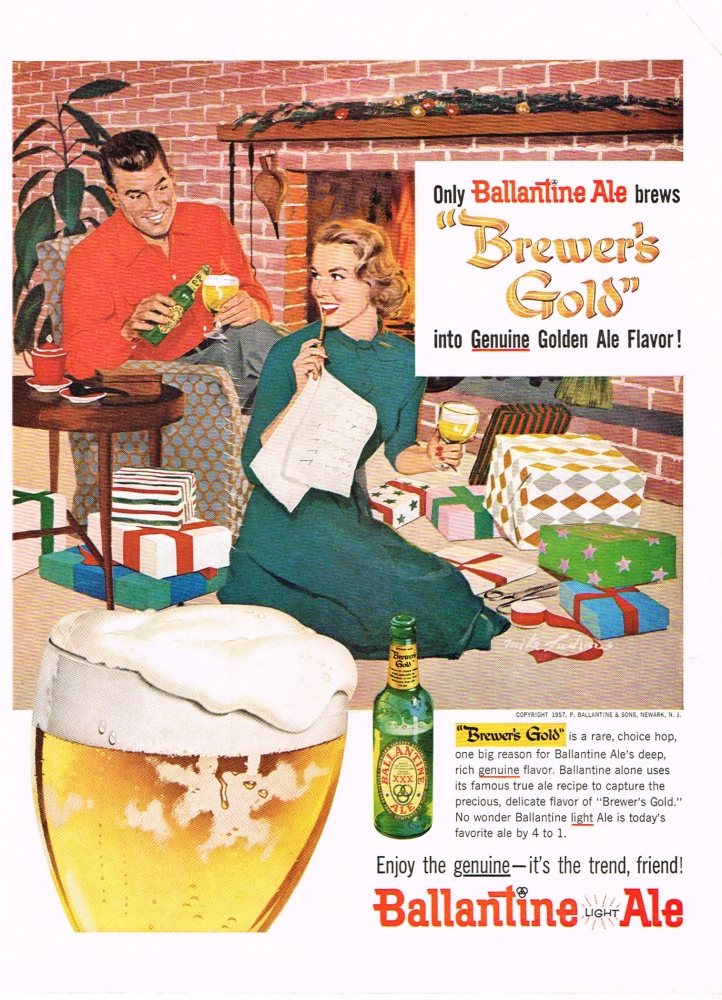