Thursday’s ad is for is by Ballantine Ale, from 1954. Most of this month I’ve been posting Brewer’s Gold ads from the 1950s, but I’ve shared all of the ones I could find, so for the remainder of the month there will be random Ballantine ads. In this ad, part of a small series, the focus is on “Winter Sports,” specifically three you can enjoy with Ballantine Ale. These are two obvious ones: skating and skiiing, but the third is more surprising. It’s curling, which in 1954 must have been almosy unknown. It wasn’t a regular Olympic sport until 1998, although it was a demonstration sport in the 1924 and 1932 games, and then again in the 1988 and 1992 games, but nowhere near 1954. 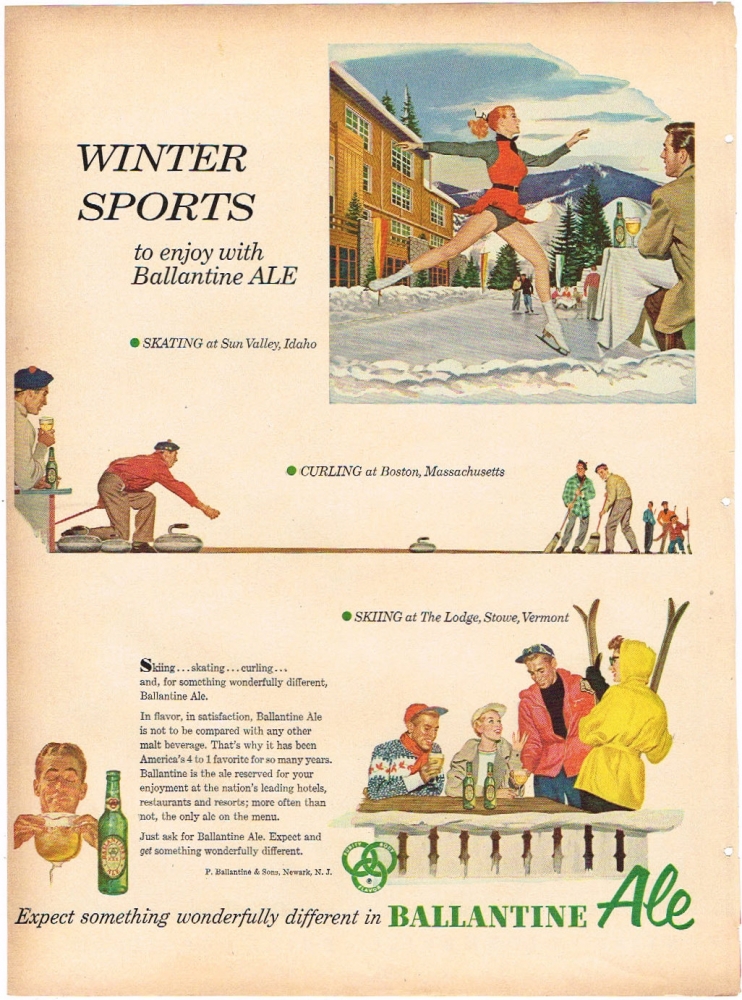