Friday’s ad is for Genesee Beer, which was founded in Rochester, New York, originally along the Genesee River, but in 1878 they moved up into Rochester proper. Their Genesee Cream Ale, in the simple green can, was one of our go-to beers when I was in high school. Since 2009, the brewery has been part of North American Breweries. This ad, from 1970, features another full mug of beer with the weird foam. The background is a field of barley, and in the text they claim that they grow their own barley. 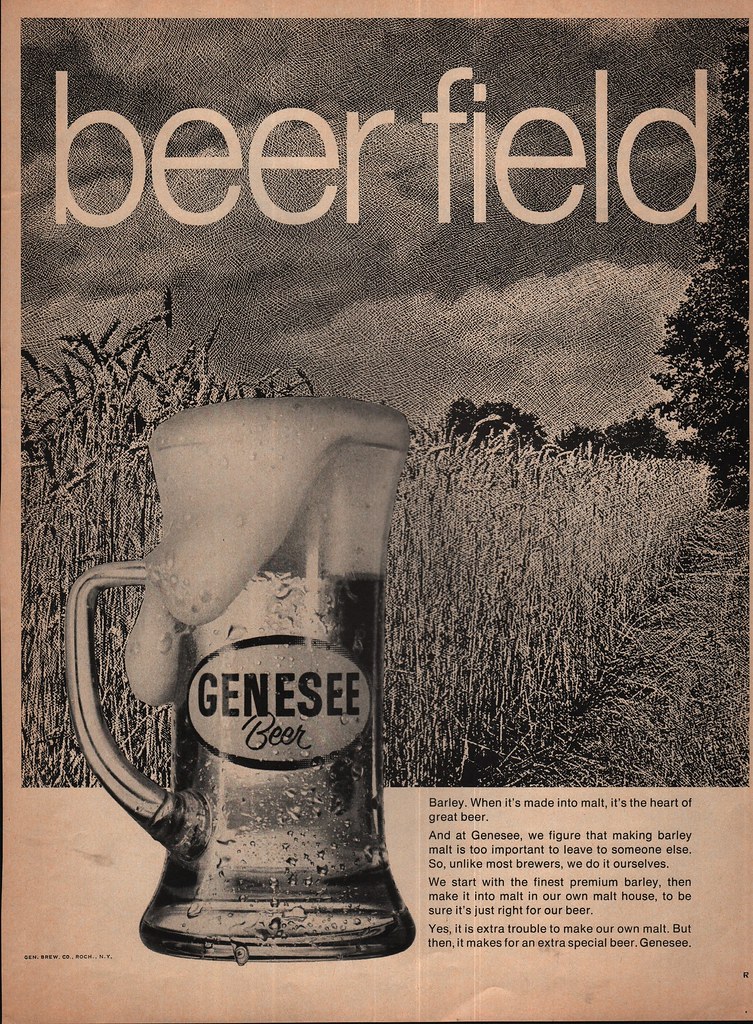 Today is the birthday of Irish novelist, playwright and satirist Brian O’Nolan, who was “considered a major figure in twentieth century Irish literature. Born in Strabane, County Tyrone, he is regarded as a key figure in postmodern literature.” Under the pen name Flann O’Brien, he wrote two influential novels, “At Swim-Two-Birds” and “The Third Policeman.” In 1940, he began writing a daily column for The Irish Times entitled the “Cruiskeen Lawn,” which trasnaltes roughly as “the full little jug.” He originally started writing it under the pseudonym “An Broc” (the badger) but quickly changed it to “Myles na gCopaleen” and finally “Myles na Gopaleen,” which is the one that stuck. He continued writing it until shortly before he died in 1966. Many of them have been collected in book form, and today I was perusing “The Best of Miles,” published in 1968, and discovered this little gem in a chapter entitled “Research Bureau,” about his patented new “Stout Trousers,” that would allow a person to conceal eight bottles of stout in his pants.

“Before the leaves of autumn fall, the Research Bureau, spurred on by the exhortations of Sir Myles na Gcopaleen (the da) will have provided new patent emergency trousers for the plain people of Ireland. These garments, conventional enough in appearance, will be fitted with long eel-like pockets reaching down to the ankles. The pockets will be the exact diameter of a bottle of stout and not by any coincidence, for they are designed to deal with the nuisance of those brown-paper Saturday-night parcels. It will be possible to stow four shots in each leg. At first, walking in the ‘loaded’ position will necessarily be rather slow and straight-legged but practice will tell in the long-run, which should be undertaken only after short runs have been mastered.

What will happen if a man gets an accidental blow in the leg and has his bottles smashed? Nothing. The pockets are stout-proof and the beer will lie safely in the bottom until it can be syphoned into a guest’s mouth, in the privacy of the home. Indeed, many men, disdaining the rather precious affectation of bottles, will have their trousers filled with draught stout or porter and saunter home on their puffy, tubular and intoxicating legs. Where bottles are discarded, however, one must be careful to avoid overcrowded trams and ‘buses. Should a fat lady sit down beside you and crush you with her great girth to make way for her loud children, great cascades of stout may emerge from your pockets, ascending to the roof and drenching everybody with the frothy brew.”

I’m not really sure why nobody ever made Stout Trousers for real. This photo below is the closest I could find of what I imagine the pants would look like. 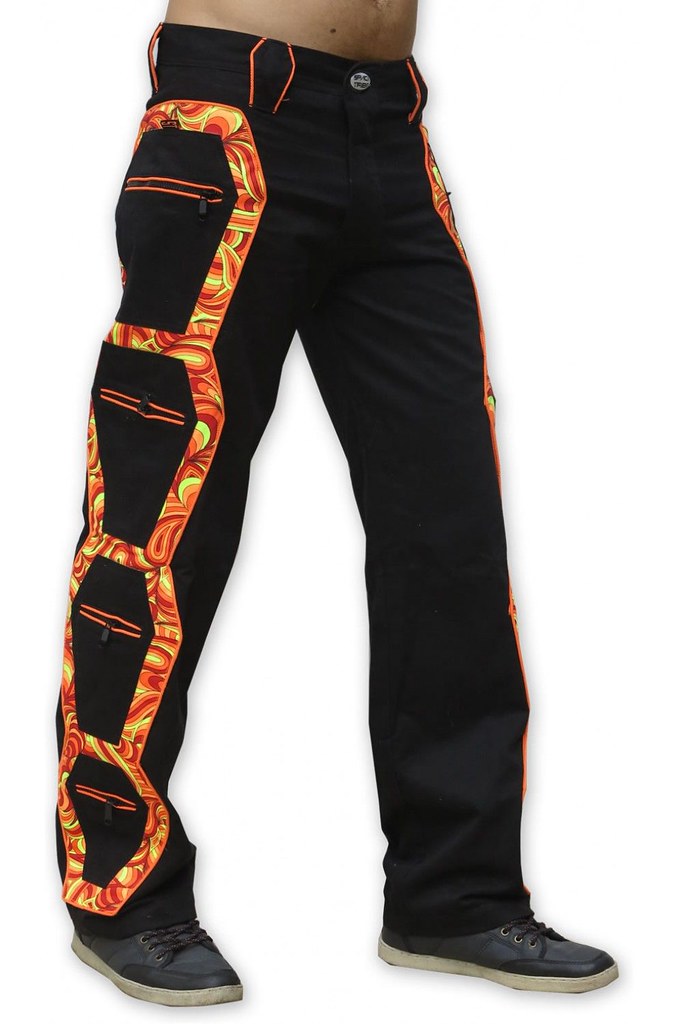