Tuesday’s ad is for Birra Verona, from the early 1900s, I think. From the late 1800s until the 1940s, poster art really came into its own, and in Europe a lot of really cool posters, many of them for breweries, were produced. This poster is for C. Dobrawsky Birra Verona, or beers of Verona, Italy. As far as I can tell, Carlo Dobrawsky owned a brewery in Verona which operated under that name from 1912-1923. 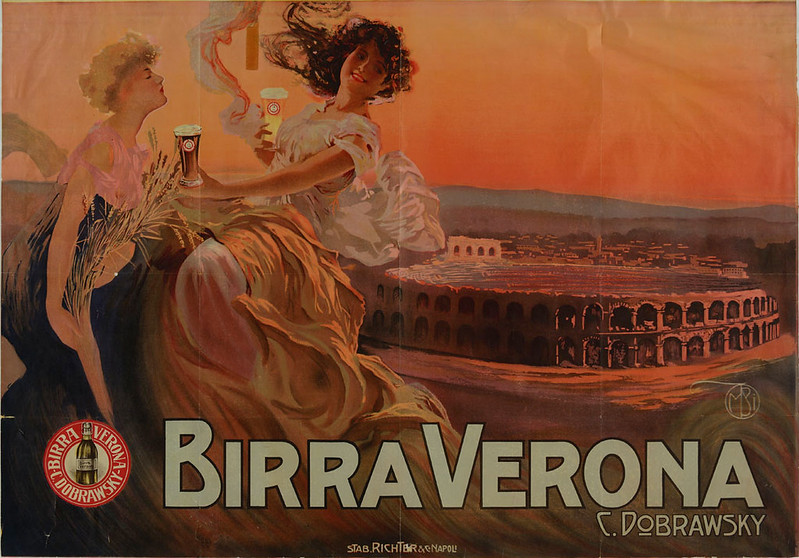