Thursday’s ad is for Biere Supreme Gangloff, from 1920. From the late 1800s until the 1940s, poster art really came into its own, and in Europe a lot of really cool posters, many of them for breweries, were produced. This poster is for Biere Supreme Gangloff, a beer from Brasserie Gangloff, in the eastern French city of Besançon that was bought by Mr. Gangloff before World War I. It was created by French commercial artist Marcellin Auzolle. 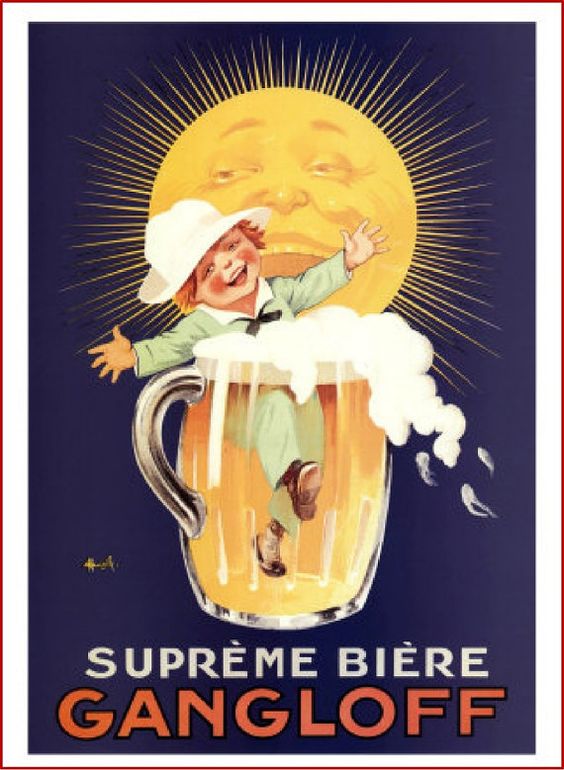