Sunday’s ad is for Croix De Lorraine, from 1950, though it’s more likely that’s the date of a reproduction and the original was fifty years or earlier. From the late 1800s until the 1980s, poster art really came into its own, and in Europe a lot of really cool posters, many of them for breweries, were produced. I’ve been posting vintage European posters all last year and will continue to do so in 2020. This poster was for La Croix De Lorraine, a brewery in Bar-le-Duc, a commune in the Meuse area of France, located in the northeast. The brewery is named for the Cross of Lorraine, a particular type of cross common to the area. I don’t know who the artist is that created the poster, but it was printed by Draeger Imp., founded by Charles Draeger, who was a “French printer who has published some of the masterpieces of the French edition and was one of the pioneers of advertising.”

Today is the birthday of J.J. Phair, co-founder of E.J. Phair Brewing. J.J. started homebrewing in 1990, and ten years later opened his brewery, which is named for his grandfather Ewart John Phair, who was an amateur winemaker and beer lover, as a way to honor E.J. The brewery’s grown since then, and today there’s a Concord Alehouse, a production brewery and taproom in Pittsburg. Join me in wishing J.J. a very happy birthday. 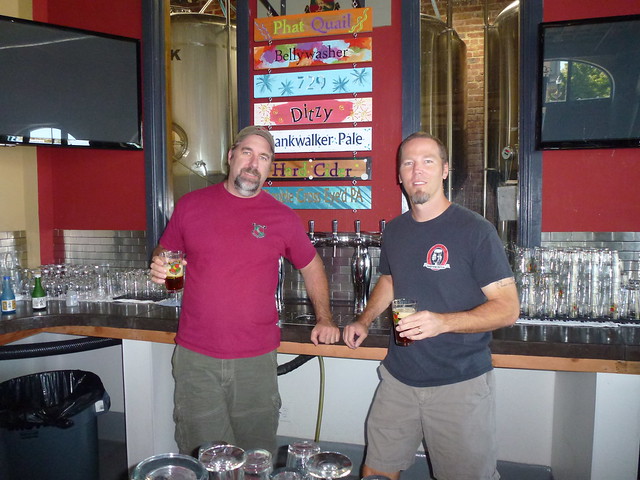 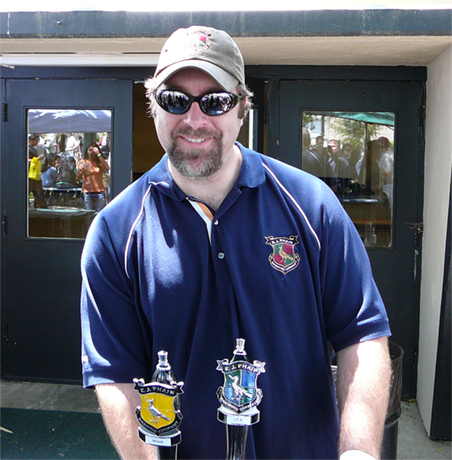 Today is the birthday of Gottlieb Brekle (February 23, 1821-1888). He was born somewhere in Germany, most likely Württemberg, though possibly Ludwigsburg or Hamburg, arriving in America on July 31, 1852, along with his wife Marie and young son Frederick. In 1871, according to Anchor, “Brekle bought an old beer-and-billiards saloon on Pacific Street near Russian Hill for $3,500, transforming it into the American brewery that, twenty-five years later, would be renamed Anchor” when it it was bought by “German brewer Ernst F. Baruth and his son-in-law, Otto Schinkel, Jr.” Given how long ago Brekle was born, not to mention all of the records lost due to the 1906 earthquake in San Francisco, little is known about Brekle’s life, and I don’t know of any pictures of him. Even the spelling of his name seems uncertain, with records existing where it’s spelled Breckle, Breckel, and Breckels, too, making trying to find information a lot harder. 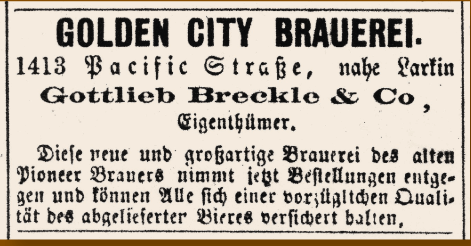 After Gottlieb, or George, as he took calling himself later, died, his son Frederick took over the business. Since we know the brewery was sold in 1896, we can be pretty sure Gottlieb died before then, but it could have been in 1888, or some other year, nobody seems sure. Anchor wrote on their blog, in a piece entitled Under the Crown: A Brewery is Born, which I assume was written by Anchor’s historian Dave Burkhart (who I consider a friend) that Gottlieb Brekle’s naturalization papers indicate he became a citizen in 1854, and they display a small image of those papers. 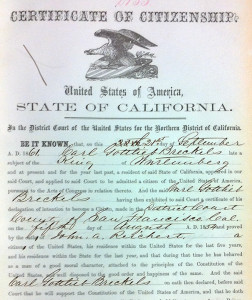 But as much as it pains me, I’m not sure that’s right. Look at the paper blown up a bit, so it’s a little easier to read. 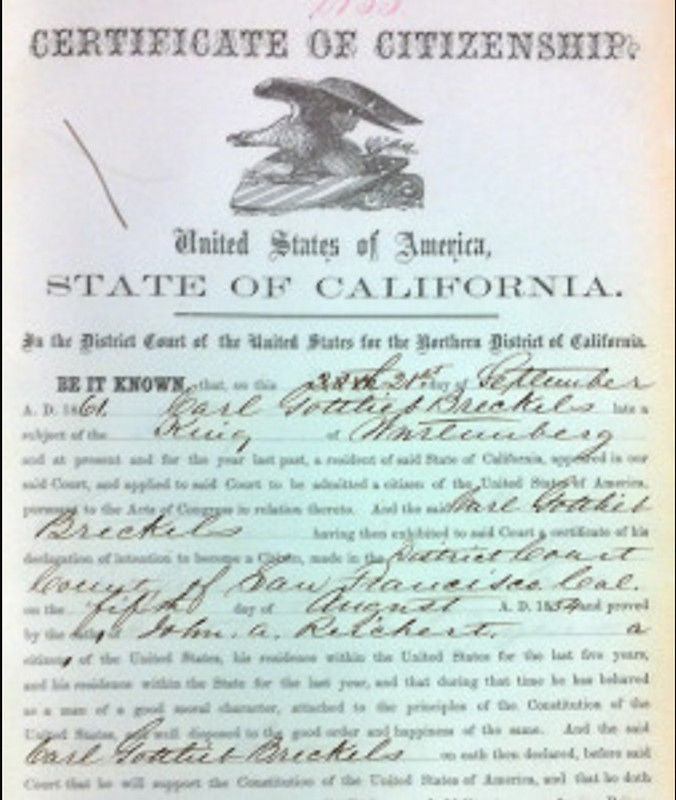 From what I can make out, he was a subject of the King of Württemberg on September 21, 1861, but became a U.S. citizen August 5, 1854, which I don’t quite understand, but then some of language is hard to read. But the name on that document appears to be “Carl Gottlieb Breckles,” so I’m wondering if it may be a different person?

I found this document on Ancestory.com, which is a voter “Register 7th Precinct, 4th Ward, San Francisco County, 1880.” Line 34, the third from the bottom, lists a Gottlieb Brekle, age 59 (which would make his birth year 1821 if he was 59 in 1880). It also lists his occupation as “Brewer” and his address as “1431 Pacific,” in San Francisco. But more telling is that last column, which lists the date he was naturalized. And for Gottlieb, what’s listed is August 4, 1879. And more confirmation is in the line below, where it lists a Frederick Brekle, also listed as a “Brewer” and living at the same address. Since we know that was his son’s name, it seems pretty clear that this document is referring to our Gottlieb Brekle.

Sadly, there isn’t much more known, though Anchor also has some more information they found in researching newspapers at the time.

Fortunately for researchers of San Francisco history, most of its early newspapers survived. In early 1874, San Francisco’s largest brewery—the Philadelphia Brewery—took out an ad in an SF paper to brag that it had sold more beer than any of SF’s other 33 breweries the previous year. Anchor, then called the Golden City Brewery, ranked 29th out of 34, with sales of just 585 barrels, the equivalent of about 8,000 cases of beer. If that seems like a lot of beer, our brewery’s sales in 1873 were just .33% (not 33%, not 3.3%, but .33% or 33/100 of 1%!) of total sales in barrels by all SF breweries!

In 2011, Anchor Brewing released a beer named after their first brewmaster, Brekle’s Brown. 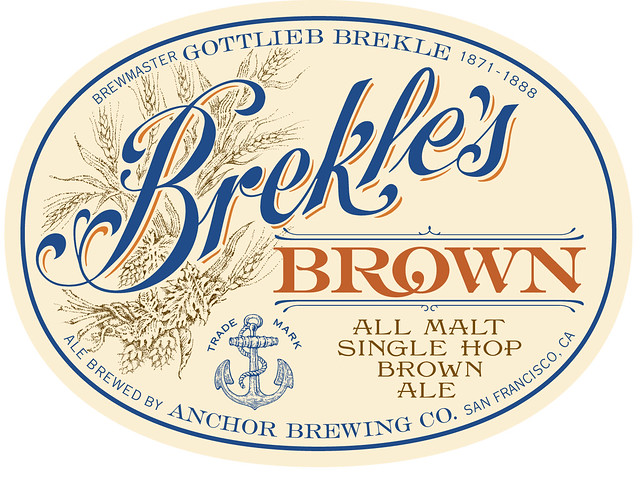 And here’s a short video Anchor released at the time.