Monday’s ad is for Grolsch Special, from maybe the 1950s. From the late 1800s until the 1980s, poster art really came into its own, and in Europe a lot of really cool posters, many of them for breweries, were produced. I’ve been posting vintage European posters all last year and will continue to do so in 2020. This one was created for the Grolsch Brewery (Koninklijke Grolsch N.V. ), which was founded in the Netherlands in 1615. Today it is owned by SABMiller. I’m not sure who the artist was who created this poster.

Today is the birthday of Joseph Bramah (April 13, 1748-December 9, 1814). Bramah was an English engineer, and inventor, whose most famous invention was the hydraulic press. But he also made improvements and created a practical beer engine, creating his beer pump and engine inventions between 1785 and 1797. 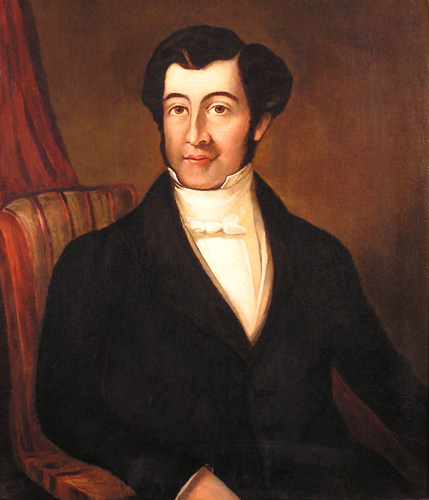 Another summary of his achievements is quite flattering:

English engineer and inventor whose lock manufacturing shop was the cradle of the British machine-tool industry. Central in early Victorian lockmaking and manufacturing, he influenced almost every mechanical trade of the time. Like Henry Ford, his influence was probably greater for the manufacturing processes he developed, than the product itself. He took out his first patent on a safety lock (1784) and in 1795 he patented his hydraulic press, known as the Bramah press, used for heavy forging. He devised a numerical printing machine for bank notes and was one of the first to suggest the practicability of screw propellers and of hydraulic transmission. He invented milling and planing machines and other machine tools, a beer-engine (1797), and a water-closet.

As for the actual patents, there were two of them. The first was in 1785 and was for what he called a “beer pump.” Then, in 1793 he was granted Patent No. 2196 for his improved version, now referred to as a “beer engine.” It was actually a Dutchman, John Lofting, who had first invented the beer pump in 1688, but Bramah’s were more refined and practical, and more importantly, patented. Curiously, Grace’s Guide to British Industrial History lists the patent dates as 1787 and 1797, so it’s unclear which are the correct dates.

In this engraving, entitled Men of Science Living in 1807-8, Bramah is on the left side, the tenth one in the back from the left. He’s the one with the wide sash across his chest and the star-shaped badge on his jacket. Others include Joseph Banks, Henry Cavendish and James Watt. 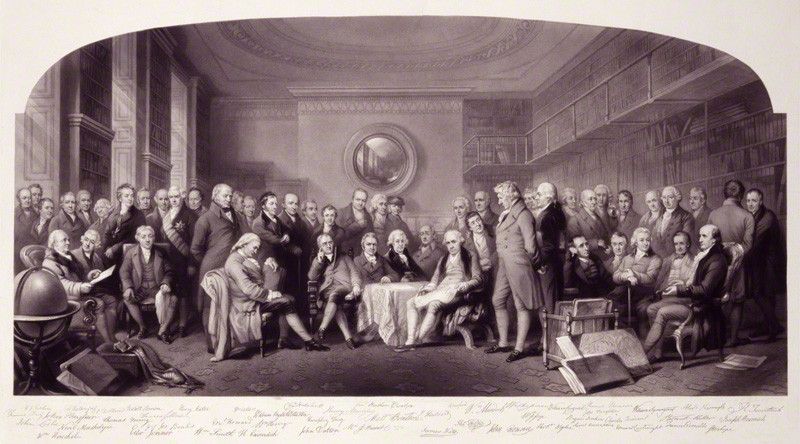 There’s even a J.D. Wetherspoon’s pub in his home town of Bramley called The Joseph Bramah 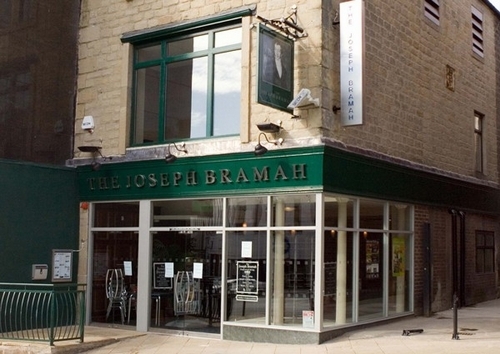 Today is the birthday of George Gund II (April 13, 1888-November 15, 1966). He was the son of George F. Gund and the grandson of John Gund, the founder of John Gund Brewing, of La Crosse, Wisconsin, and the brother of Henry Gund and John Gund Jr., who founded Lexington Brewing, in Lexington, Kentucky. George Frederick Gund founded Gund Brewing Co., of Cleveland, Ohio. Despite the brewing heritage, Gund II “was an American banker, business executive, and real estate investor who lived in Cleveland, Ohio in the early and middle part of the 20th century. Heir to the George Frederick Gund brewing and banking fortune, he was a philanthropist for most of his life. He established The George Gund Foundation in 1952 and endowed it with most of his $600 million fortune at his death.” 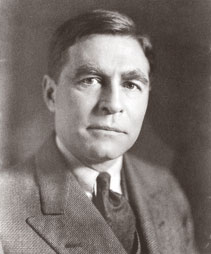 Gund’s grandfather, Johann Gund, was born in 1830 in Brühl am Rhein in the independent country of the Grand Duchy of Baden (now part of Germany). The family emigrated to the United States in 1848 and settled in Illinois, but in 1854 moved to La Crosse, Wisconsin. There his grandfather founded the John Gund Brewery. His father, George Frederick Gund, was born in LaCrosse in 1856 and later managed the Gund Brewery. His father moved to Seattle, Washington, founded the Seattle Brewing and Malting Company, became a director of two banks, and then returned to the Midwest to move his family to Cleveland in 1897. His father bought the Jacob Mall Brewing Company, renamed it the Gund Brewing Company, and made a large fortune investing in banking, mining, and real estate.

George Gund, Jr. (as he was then known) was born to George Frederick and Anna Louise (Metzger) Gund on April 13, 1888. He was a student at the University School of Cleveland from 1897 to 1905. He entered Harvard University, and received his A.B. in 1909. Toward the end of his Harvard education, he simultaneously enrolled in the Harvard Business School, and graduated in the school’s first class in 1909. He moved to Seattle and took a job as a clerk with the Seattle First National Bank, but moved back to Cleveland when his father died in 1916. But when World War I broke out, he enlisted in the United States Army and served in the Military Intelligence Division.

After the start of prohibition in the United States in 1920, Gund was forced to close his father’s brewery in Cleveland. But during the war, Kaffee HAG, a German corporation, was stripped of its assets in the United States. Among its subsidiaries was Sanka, the company which manufactured decaffeinated coffee. Gund purchased Sanka in 1919, then sold it to Kellogg’s in 1927 for $10 million in stock. Gund also took over management of the Gund Realty Company in Cleveland and invested his money in numerous ventures. During the depths of the Great Depression, he purchased large amounts of stock at very low prices.

Gund studied animal husbandry at Iowa State University from 1922 to 1923. He made many trips to California and Nevada, often staying there for many months at a time, and became interested in a possible political career in Nevada. He purchased a large cattle ranch in Nevada, but on May 23, 1936, he married Jessica Laidlaw Roesler. She was the granddaughter of Henry Bedell Laidlaw, the founder of one of the first investment banking houses in New York City, Laidlaw & Company. Gund purchased a large home in Beachwood, a wealthy suburb of Cleveland, and the couple had six children: George III, Agnes, Gordon, Graham, Geoffrey, and Louise.

In 1937, Gund was elected a director of the Cleveland Trust Company (a savings bank established in 1896), and was named president in 1941. He was made chairman of the board of trustees in 1962. Under Gund’s leadership, by 1967 the bank had more than $2 billion in assets, making it the 18th largest bank in the United States. Gund also served on the board of directors of another 30 national and multinational corporations. But despite the urban nature of his work, Gund never lost his affection for the Old West. He used his income to collect a large number of works of art which depicted the American West, including works by Albert Bierstadt, Frederic Remington, and Charles Marion Russell.

George Gund died of leukemia at the Cleveland Clinic on November 15, 1966. He was interred at Lake View Cemetery in Cleveland.

His foundation also has a nice biography of him. 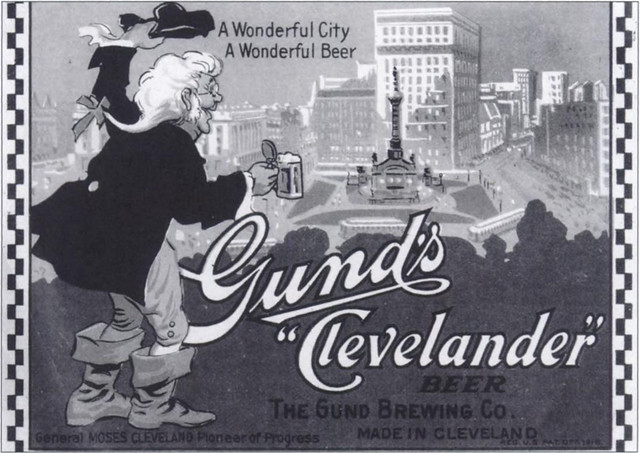 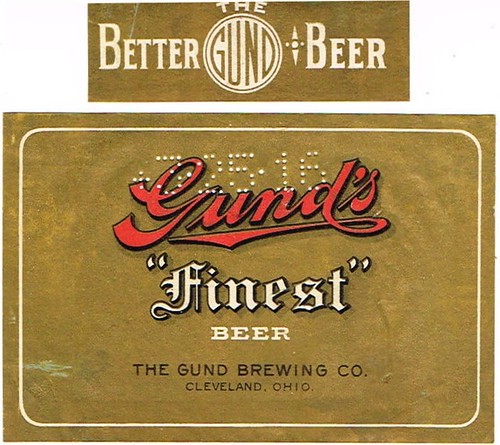 If you’re on the national beer festival circuit, you’ve no doubt seen Ray McCoy, whose birthday is today. In 2003, Ray was crowned “Beer Drinker of the Year” in the contest sponsored by Wynkoop. Ray and his wife, Cornelia Corey (herself a 2001 BDOTY, making them the only couple to have won) travel from their native North Carolina to attend many of the big beer festivals and events around the country, and the parties are always a bit more fun when they’re around. Join me in wishing Ray a very happy birthday. 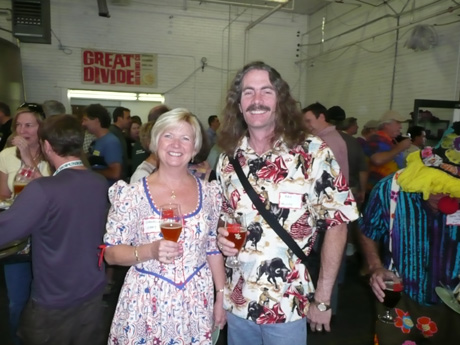 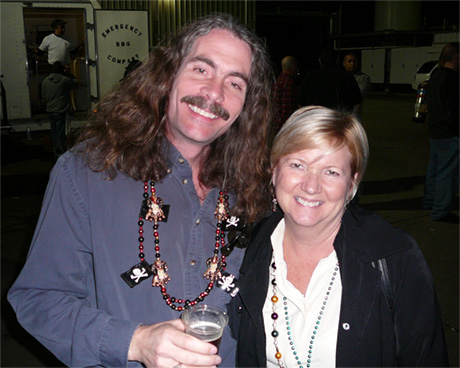 Today is the 49th birthday of Andreas Fält, who was the Brand Development Manager at Prime Beer Russia, but more recently became the export manager for Porterhouse Brew Co. I know him, like most people I suspect, from judging together all over the world, as he’s on the international beer judging circuit. Andreas is actually Swedish, but lives in Leeds, England, with his family. He’s a great ambassador for beer, and certainly one of my favorite people in the beer industry. Join me in wishing Andreas a very happy birthday.

Today is the birthday of Julie Johnson, who until several years ago was the editor of All About Beer magazine, headquartered in Durham, North Carolina. Julie is without a doubt one of the nicest people in the industry and a pleasure to work with. Plus she likes odd little German trolls almost as much as I do. Hers is pink, mine’s silver. Don’t ask — or do, if you’d like a long, rambling travel story. Join me in wishing Julie a very happy birthday. 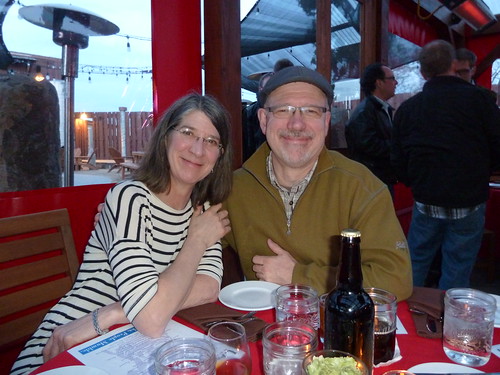 Julie with Ray Daniels at Lagunitas during the Journalism Retreat before CBC last year. 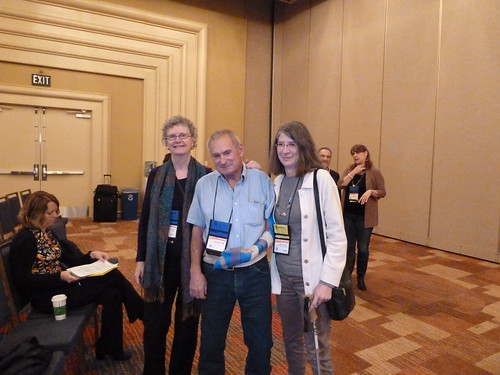 Maureen Ogle, Jack McAuliffe and Julie at CBC in San Francisco earlier a few years ago. 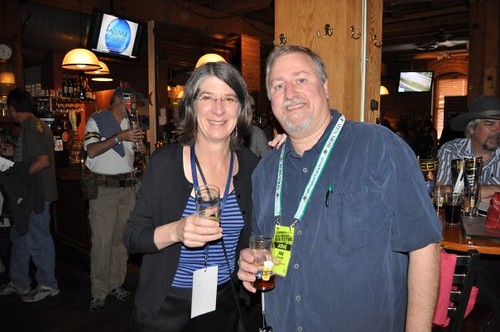 Julie and me at the Rare Beer Tasting at Wynkoop two years back. (photo by Christopher Miller) 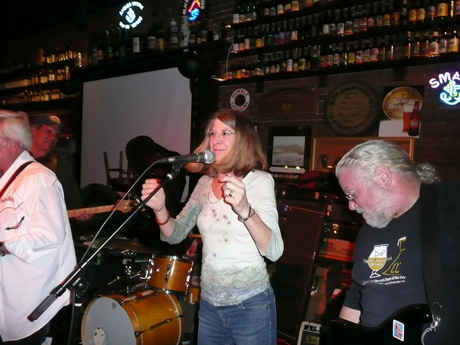 Julie provides guest vocals on Hop This Town at the Falling Rock in Denver, Colorado during GABF week in 2007.