Thursday’s ad is for Ginder-Ale, from maybe the 1940s or 50s. From the late 1800s until the 1980s, poster art really came into its own, and in Europe a lot of really cool posters, many of them for breweries, were produced. I’ve been posting vintage European posters all last year and will continue to do so in 2020. This poster was created for Brouwerij Martinas, which was also known as the Brouwerij Ginder-Ale after 1928, when their best-known beer was introduced. The brewery was founded in 1871 in Merchtem, a municipality located in the Belgian province of Flemish Brabant, by Florentinus De Boeck. In 1973, it was acquired by Brouweij Artois and today is part of AB-InBev, who still makes the beer for the local market of Merchtem. This poster was created by Donald Brun, who was a very well-known Swiss graphic designer. This is obviously a mock-up or draft of an ad, with space for a “slogan” at the bottom. If it was ever used in a commercial ad, I’ve been so far been unable to find any evidence of that.

Today is Fred Bowman’s 76th birthday. Fred co-founded the Portland Brewing Co., which was bought several years ago by Pyramid Breweries, which in turn was bought by Magic Hat and then again by North American Breweries. Fred continues to be very active in the craft beer community, and has been supportive of the movement since the beginning. A couple of years ago, he dropped by and stayed with us during his drive ’round the country in a van, visiting old friends and family. Join me in wishing Fred a happy birthday. 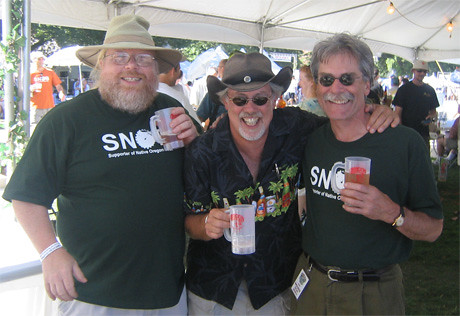 By the Celebrator booth at OBF, from left, John Harris (head brewer at Full Sail Brewing), Tom Dalldorf, and Fred. 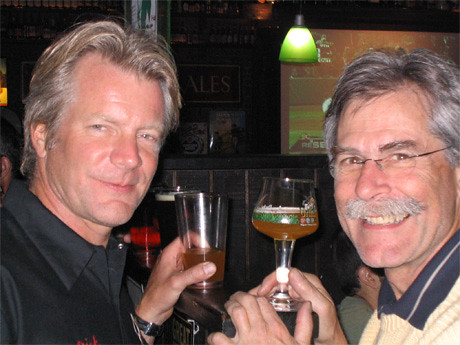 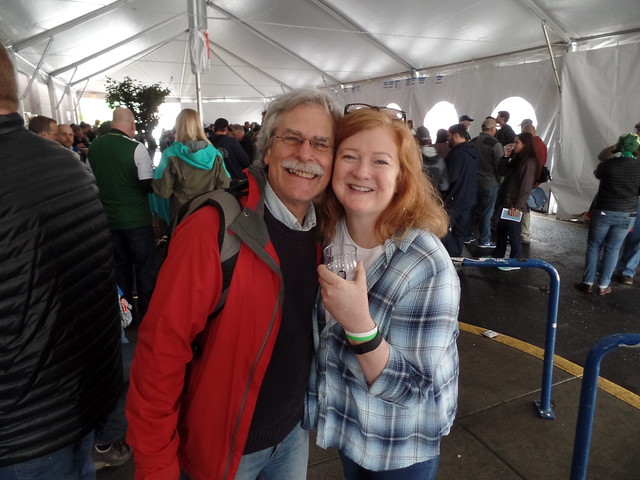