Thursday’s ad is for “Coors Beer,” from 1936. This ad was made for the Coors Brewing Co., who did not do as much advertising as their competitors. In part, this was because they were not sold nationwide until the 1980s. This ad ran shortly after the end of Prohibition and features the tagline “Beer: Taken in Moderation Not Only is Harmless, but Actually Healthful.”

Today is the birthday of Otto Schinkel Jr. (April 9, 1869-January 26, 1907). While Anchor Brewing began during the California Gold Rush when Gottlieb Brekle arrived from Germany and began brewing in San Francisco, it didn’t become known as Anchor Brewing until 1896, when “Ernst F. Baruth and his son-in-law, Otto Schinkel, Jr., bought the old brewery on Pacific Avenue and named it Anchor. The brewery burned down in the fires that followed the 1906 earthquake, but was rebuilt at a different location in 1907.” Baruth had passed away the same year as the earthquake, and Schinkel died in an accident in early 1907 when struck by a streetcar in San Francisco.

Surprisingly, there isn’t much biographical information about Schinkel. He was born somewhere in Germany, and married Ida Caroline Baruth on November 26, 1890. She was born in California, sometime in July of 1873. They had three children together, all daughters: Elsie, Alice and Doris. 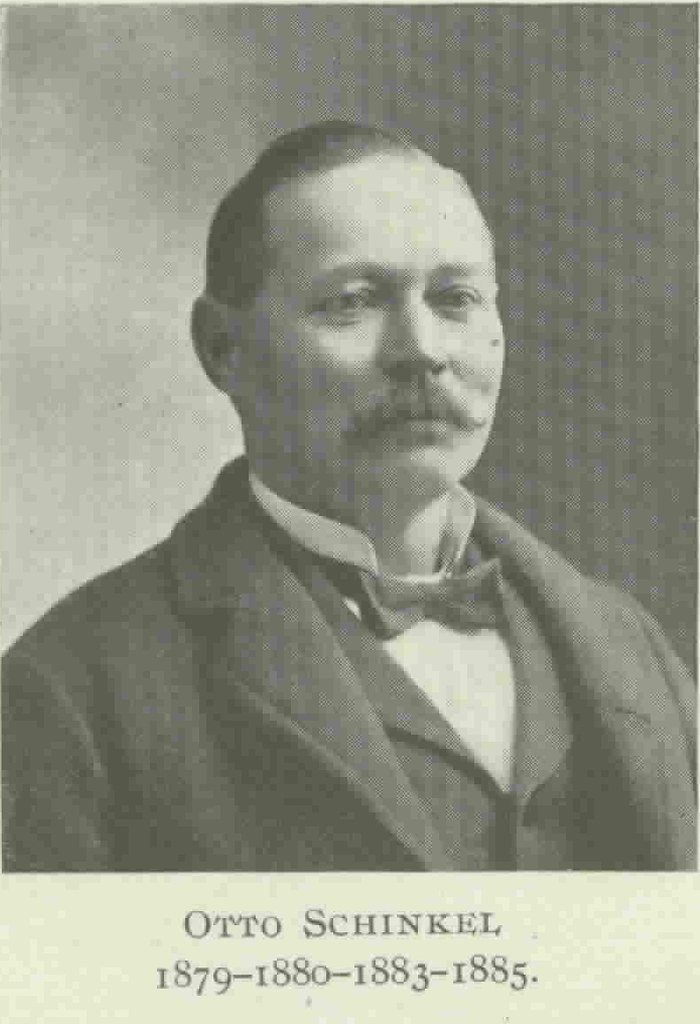 I did discover that he was a president of the Norddeutscher Verein (or North German Association) four times as noted in this portrait from a book celebrating the organization’s 25th anniversary, or Silver Anniversary 1874-1899.

Here’s what’s written about him at Find a Grave:

Anchor Beer began during the Gold Rush when Gottlieb Brekle arrived from Germany and began brewing in San Francisco. In 1896, Ernst F. Baruth and his son-in-law, Otto Schinkel, Jr., bought the brewery and named it Anchor. The brewery burned down in the fires that followed the 1906 earthquake, but was rebuilt at a different location in 1907.

“Killed by a Bryant street car just below Twentieth street shortly after noon yesterday as he was attempting to take a seat on the open side of the vehicle. The sudden starting of the car is alleged to have caused him to fall directly in front of the moving vehicle.

“The first wheel crossed his chest and the heavy trucks crushed his skull before Motorman J. N. Swope could stop the car. Motorman, conductor and passengers jumped to the man’s aid. By main strenght they lifted the car. He was already dead, however, and terribly mangled.

“A brother J. H. Schinkel, was standing on the corner, less than fifty feet away, and saw the accident. He ran frantically to the scene and with his own hands dragged the form of his brother from under the car. J. N. Swope, the motorman, was arrested and charged with manslaughter. He was later released on $50 cash bail furnished by the railroad company.

“Otto Schinkel was a prominent German brewer of the city. He was the owner of the Anchor Brewery, located at North Beach before the fire and now being rebuilt at Eighteenth and Hampshire streets. He was a member of the Norddeustcher Verein, Norddeutsche Schutzen Verein, Schleswig-Holstein Society, Golden Gate Aerie of Eagles, Red Men and the Brewers Association. He was thirty-nine years old and had been very prominent in German-American circles for many years. He leaves a widow and two children. A checkbook found in his pocket showed that he had $40,000 on deposit in the Citizens National Bank.”

Today is the birthday of Johann Sedlmayr (April 9, 1846-November 24, 1900). Johann was the grandson of Gabriel Sedlmayr and the third son of Gabriel Sedlmayr II. Johann’s father inherited the Spaten Brewery, along with his brother, when his father died, but Gabriel became sole owner after his brother Joseph left to start his own brewery, Franziskaner. Two of Johann’s older brothers died before their father, so when Gabriel II passed away, he and his younger brothers Carl and Anton inherited the family brewery. 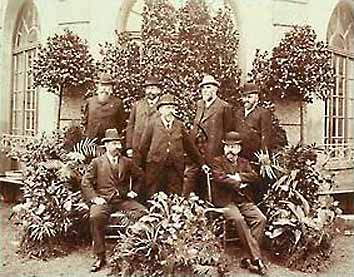 The caption of this photo, from German Wikipedia, translates to “Delivery of the Spade brewery to the sons Johann, Carl and Anton Sedlmayr 1874,” although I can’t say which one is Johann. I don’t know much more about his time running the brewery. “From 1884 to 1890 he was a member of the German Reichstag for the electoral district of Oberbayern 1 Munich I and the Nationalliberal Party.”

Today is the birthday of Ralph Thrale (1698-April 9, 1758). Thrale’s exact date of birth is not known, but he died today in 1758, so that’s why I’m celebrating his birthday today. He was born in Offley, Hertfordshire, England, the son of Ralph Thrale, a Cottager originally from Sandridge who moved to Offley. His uncle brought him to London around 1711 after his father died (when he was only 13) to work at his Anchor Brewery, in Southwark, in the central part of the city, and eventually he became the Master of The Brewers Company, having bought the brewery after his uncle’s death. He was also a Member of Parliament from 1741-1747 and also High Sheriff for Surrey from 1733-34. 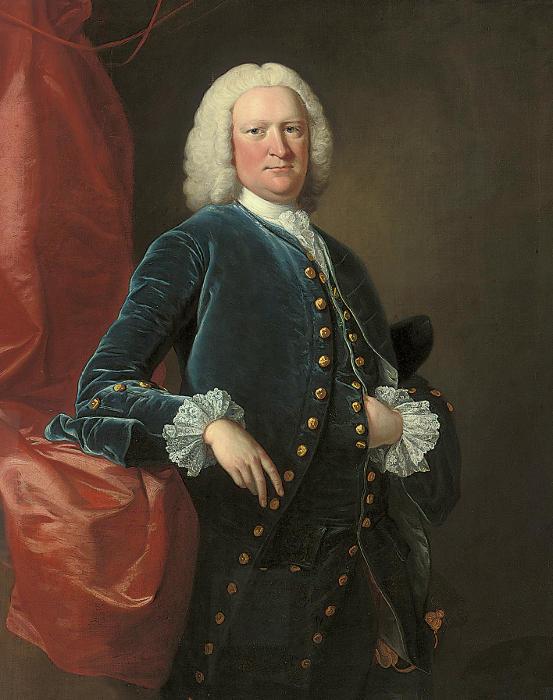 This is his short biography from the History of Parliament:

The son of ‘a hardworking man at Offley’, Thrale was brought to London by his uncle, Edmund Halsey, the owner of the Anchor brewery at Southwark, who ‘said he would make a man of him, and did so but … treated him very roughly’, making him work ‘at six shillings a week for twenty years’. He soon ‘made himself so useful … that the weight of the business fell entirely on him’, and he was expected to succeed to the brewery.1 But he fell out with his uncle by marrying ‘a wench that Halsey wanted to have for his own pleasure’, and was cut off.2On Halsey’s death in 1729, the Anchor brewery was put up for sale. According to Mrs. Piozzi, Thrale’s daughter-in-law,

to find a purchaser for so large a property was a difficult matter, and after some time, it was suggested that it would be advisable to treat with Thrale, a sensible, active, honest man, who had been long employed in the house, and to transfer the whole to him for £30,000, security being taken upon the property. This was accordingly settled. In eleven years Thrale paid the purchase money. He acquired a large fortune. But what was most remarkable was the liberality with which he used his riches.

Returned as an opposition Whig for Southwark, the brewers’ constituency, he voted against the Government on the chairman of the elections committee in 1741 and on the Hanoverians in 1744, was absent from other recorded divisions, did not stand again, and died 8 Apr. 1758. 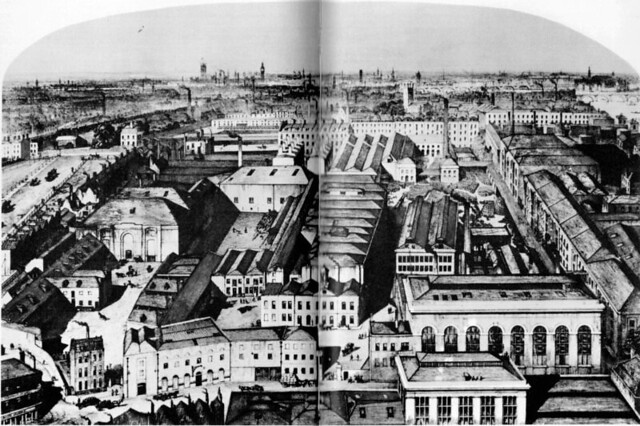 This mention of Ralph Thrale’s involvement in the Anchor Brewery is from “A History of Beer and Brewing,” by Ian Spencer Hornsey: 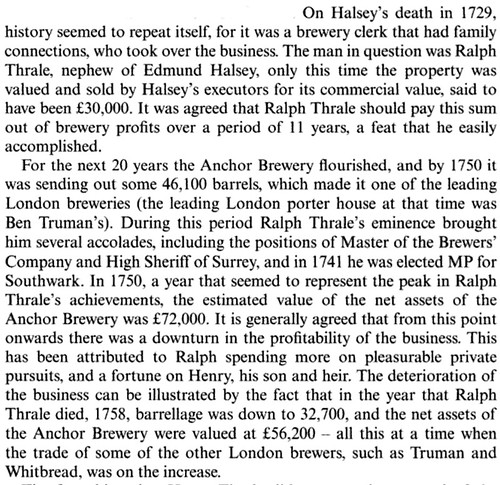 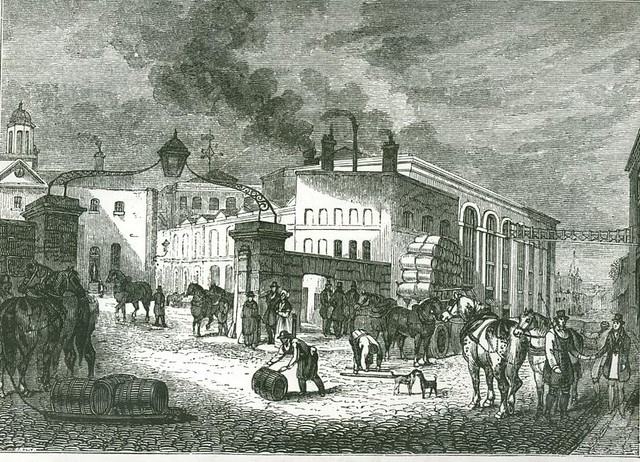 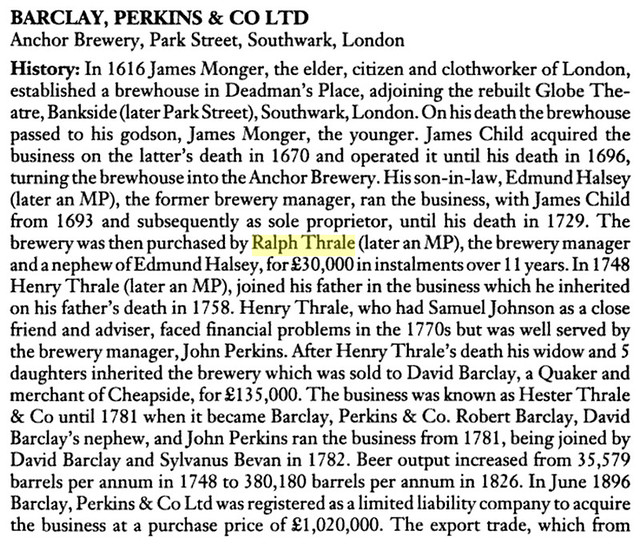 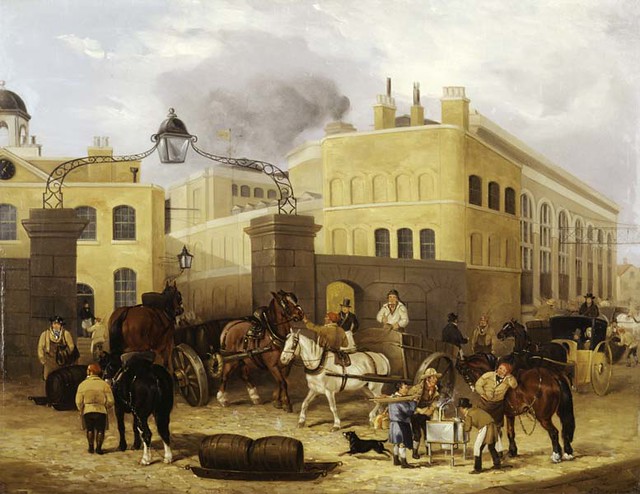 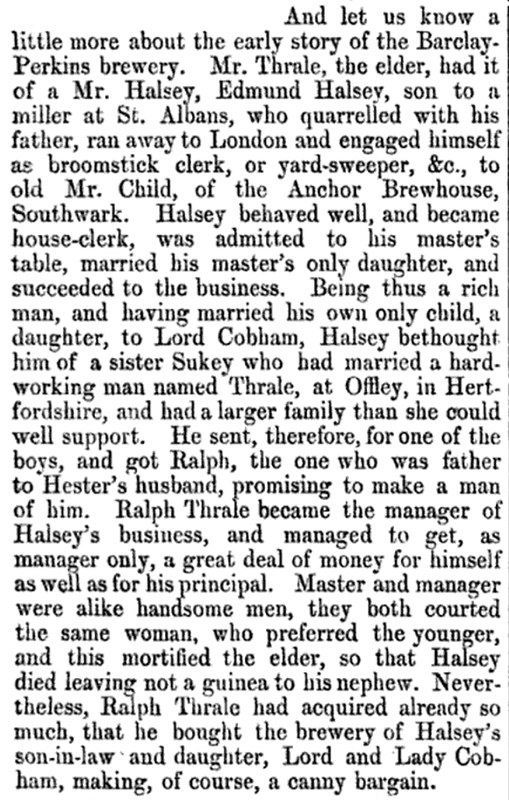 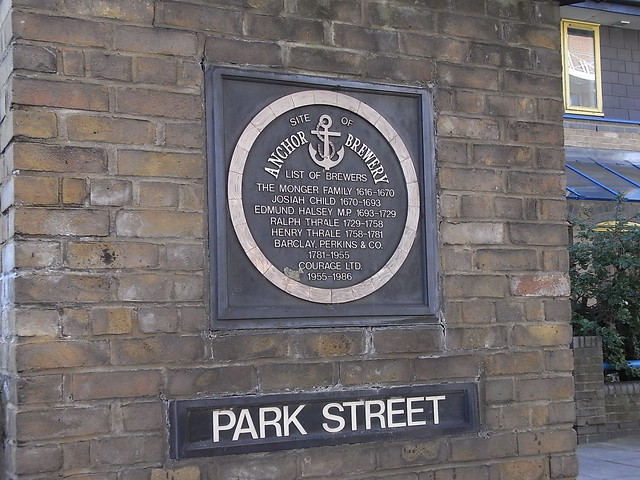