Wednesday’s ad is for “Hamm’s,” from 1910. This ad was made for Hamm’s Brewing, which was founded in 1865 by Theodore Hamm in St. Paul, Minnesota. At its peak, it was the 5th largest brewery in America, and operated facilities in five cities, including San Francisco, L.A., Baltimore and Houston, in addition to the original brewery in Minnesota. This one features a family having dinner, with the tagline: “The Sons of the Soil.” 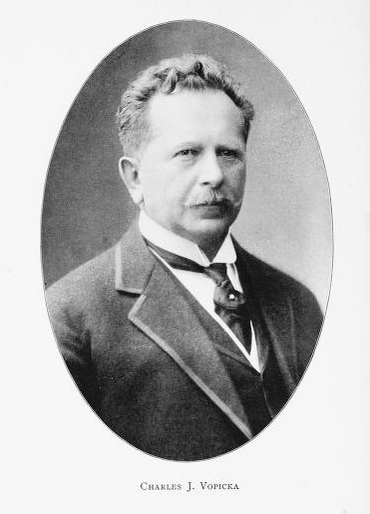 This biography is from the Foreign Language Press Survey:

Charles J. Vopicka, the only American of Czechoslovak origin to hold a diplomatic post under the United States, was born in the little village of Dolm Hbity (Dolni Hbity), near Prague, Bohemia, November 3, 1857. His father was a farmer and mayor of the community. That the young man had to seek his fortune early is not to be wondered at, because the family consisted of fourteen children.

After attending the local schools, Charles set out for Prague where he hoped to acquire a business education. Possessed of a good voice he sang in the choir of the Benedictine Monastery and the Monastery of Krizovnice, which enabled him to pay his board, room, clothing and have a small amount for pocket money. Upon the completion of his business studies young Vopicka secured a position as bookkeeper in a brewery where he remained for four years, during which time he studied French. English and Russian.

The year 1880 finds young Vopicka in the United States. After spending a 2short time in Racine and Milwaukee, Wisconsin, he decided seek his fortune in Chicago, Illinois, where he arrived in 1881, and has made his home ever since. Immediately he became an American citizen. In the fall of that year he formed a partnership with Otto Kubin under the name of Vopicka and Kubin, which engaged in the real estate and banking business until 1889. Due to a close application to the affairs of the firm by both partners the business prospered and civic honors began to be showered upon Mr. Vopicka. From 1894 until 1897 he was a member of the Chicago West Park Commission; from 1901 until 1907 he was member of the Chicago Board of Education; from 1902 until 1904 he was a member of the Chicago Board of Local Improvements; in 1906 and 1912 respectively, he served on the Chicago Charter Commission, and the Chicago Association of Commerce.

About this time he organized the Atlas Brewing Company of Chicago and became its President and Manager. For four years he served as a director of the Kaspar State Bank, Chicago, and from 1909 until 1913 he was a member of the Illinois Manufacturers’ Association. In 1904 he was candidate for Congress for the fifth district of Illinois on the Democratic 3ticket, but he was defeated.

On September 11, 1913, President Wilson appointed Mr. Vopicka as United States Envoy Extraordinary and Minister Plenipotentiary to Rumania, Serbia and Bulgaria. Here his work, exacting enough in peace times, was made doubly difficult by the outbreak of the Great War. Added to the delicate situation which was created by the daily snapping of diplomatic threads, there was imposed upon him the extra hazardous task of acting as Chairman of the International Commission in Serbia, where he was also representing the German and Austro-Hungarian interests. He was representing British interests in Bulgaria and German and Turkish interests in Rumania. Representing nine nations in Bucharest, during the German occupation of that city, his life for four years was one of extraordinary activity and private and public strain. Acting for Germany and Turkey he handed their ultimatum to Rumania. Likewise to him fell the task of persuading several hundred thousand Russians to remain in the trenches to fight the Central Powers to the bitter end. After the termination of hostilities and the consequent resumption of international 4amenities, Minister Vopicka conducted parleys for the various powers and has notably assisted in the task of building order out of chaos and destruction. In the spring of 1920, he resigned.

On February 3, 1883, Mr. Vopicka married Miss Victoria Kubin, a daughter of Martin Kubin, an organist of Chicago. They had six children….

He is also a member of the Chicago Athletic Association; the South Shore Club; the Iroquois Club and the Bohemian (Ceska Beseda) Club, all of Chicago.

One of the outstanding accomplishments of Mr. Vopicka, while a member of the Chicago West Park Commission, was the erection of the open natatorium connected with a gymnasium, the first to be established in the United States.

Mr. Vopicka has always been prominent in the affairs of the Americans of Czechoslovak origin. He has served on numerous committees and helped in many ways. During the war he could do but little as his diplomatic post required all of his time, energy and strength. However, when the Hoover campaign to aid Czechoslovak children was underway he served as Chairman of the Chicago District Committee.

His experiences in the Balkans during the Great War have thus far been untold. That they will be of considerable historical value, because of their disinterest, is a foregone conclusion. Mr.Vopicka is now engaged in gathering his notes and compiling them in a back, “Secrets of the Balkans”, which will appear very shortly. It promises to be one of the sensations in Great War literature.

Since his retirement from diplomatic work, Mr. Vopicka has again taken up business and is now the head of the American Traders Corporation. He is also interested in solving the financial problems of Czechoslovakia and is the active head of a concern planning to build a modern hotel in Prague. 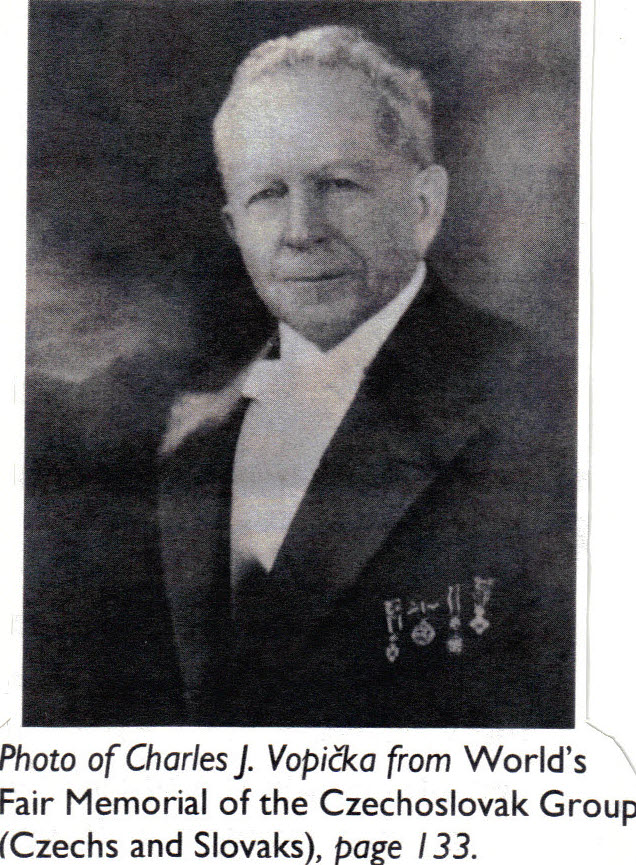 Despite his diplomatic and other business activities, he was the president and manager so he must have found time to be involved in running the brewery, because, in 1911, he gave an address during the annual convention of the U.S. Brewers Association. 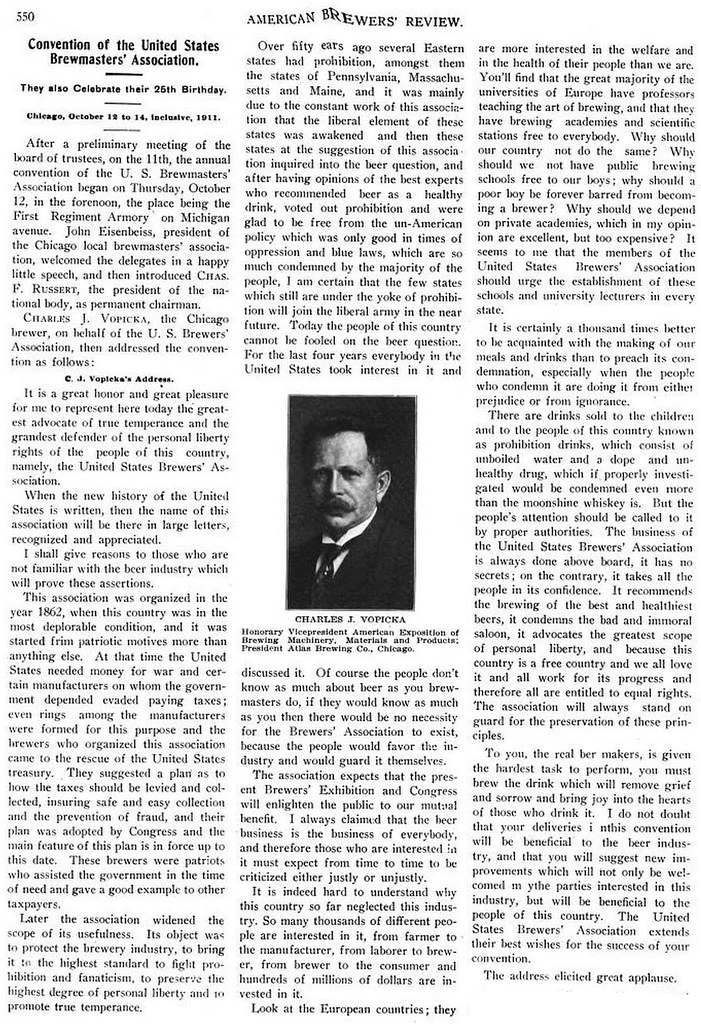 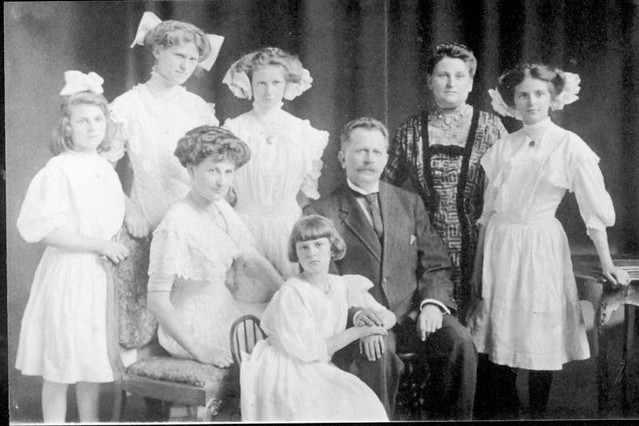 And this is from Heritage Happenings, a newsletter from the Bohemian National Cemetary, where Vopička is buried: 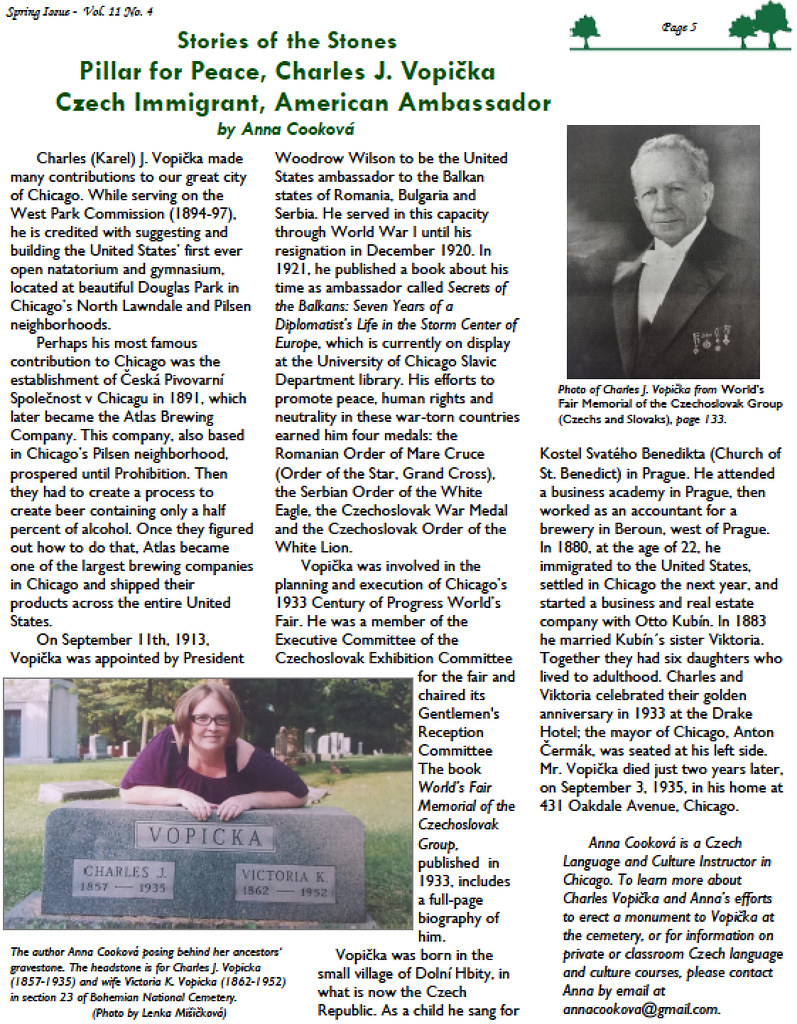 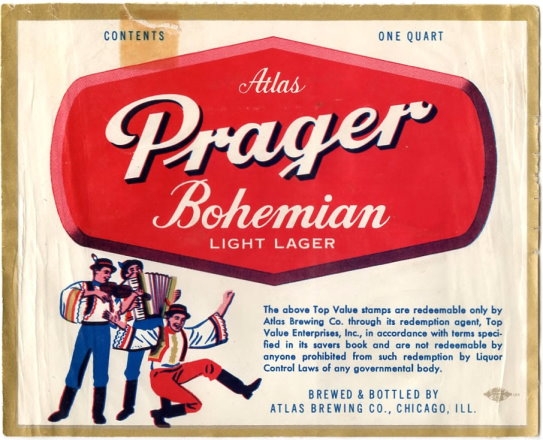 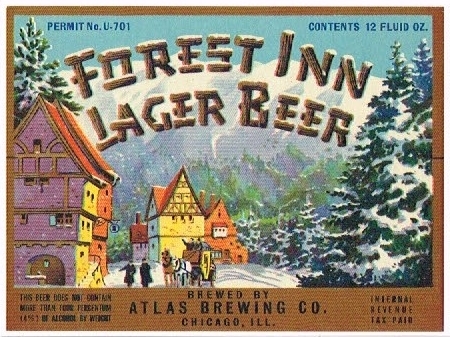 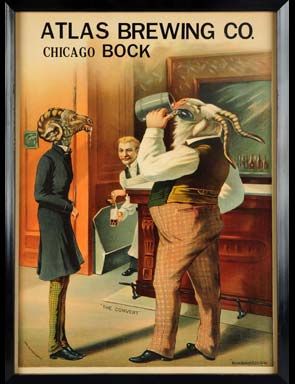 Today is the 60th birthday — The Big 6-O — of Rick Lyke, a fellow drinks writer in North Carolina. Rick writes for a variety of publications and online at Lyke 2 Drink. It’s especially terrific that we can all celebrate Rick’s 60th today, because he fought and won a battle with prostate cancer, which prompted him to found the grassroots organization Pints For Prostates. Rick is a terrific champion for both great beer and men’s health. Join me in wishing Rick a very happy birthday. 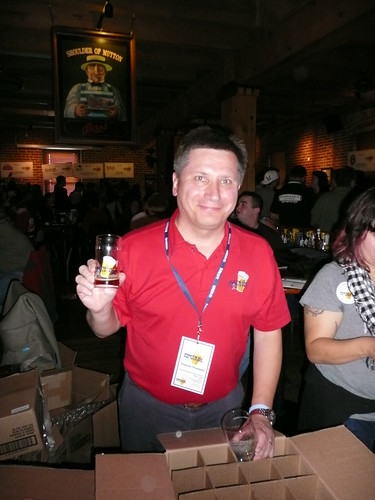 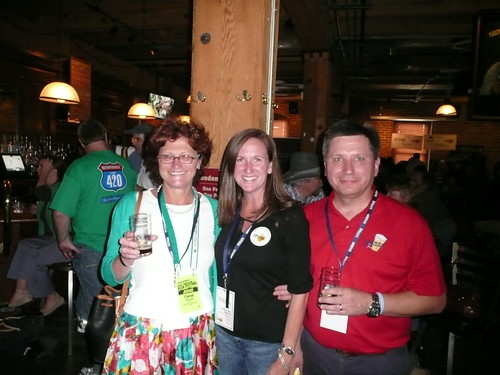 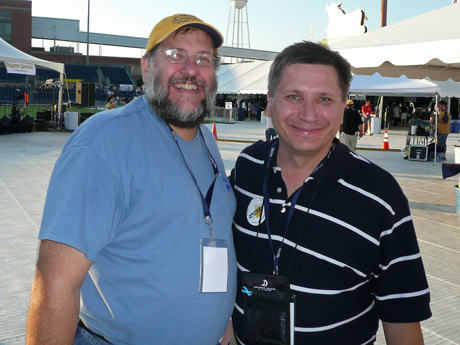 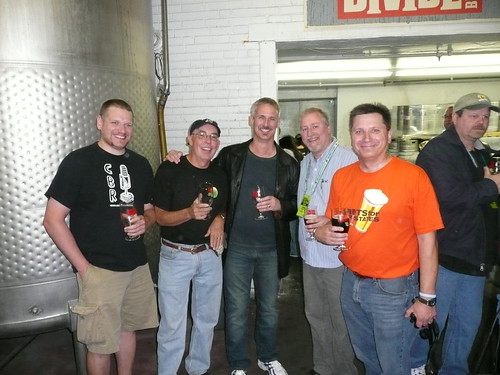 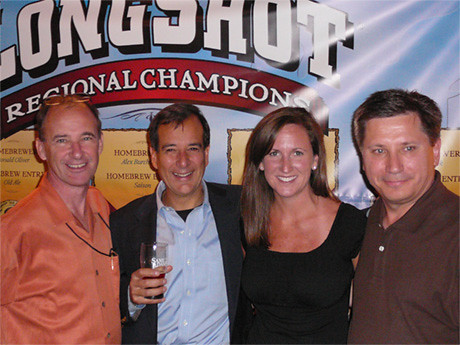