Wednesday’s ad is for “Hamm’s,” from somewhere between the 1960s and 1980. This ad was made for Hamm’s Brewing, which was founded in 1865 by Theodore Hamm in St. Paul, Minnesota. At its peak, it was the 5th largest brewery in America, and operated facilities in five cities, including San Francisco, L.A., Baltimore and Houston, in addition to the original brewery in Minnesota. This ad uses the long-running character Sascha, better known as the Hamm’s Bear, a cartoon mascot that the brewery began using in 1952 to great success, and only stopped using in 2000. This one shows the Hamm’s Bear sitting on top of a wolf while a rabbit, bird and beaver look on from their seat in a roller coaster, with the headline “On Top Again!” I feel like there’s something I’m missing here, because this one doesn’t make a lot of sense to me.

Today is the birthday of Susan Boyle, who describes herself as a “Beverage Consultant and Researcher. Performer, Playwright, freelance Arts Facilitator and maker of Brigid’s Ale.” She makes the Braggot with her sister Judith at Two Sisters Brewing in Kildare, Ireland. We met a couple of years ago judging at the Brussels Beer Challenge and discovered we’re kindred spirits, especially when it comes to frites. Please join me in wishing Susan a very happy birthday. 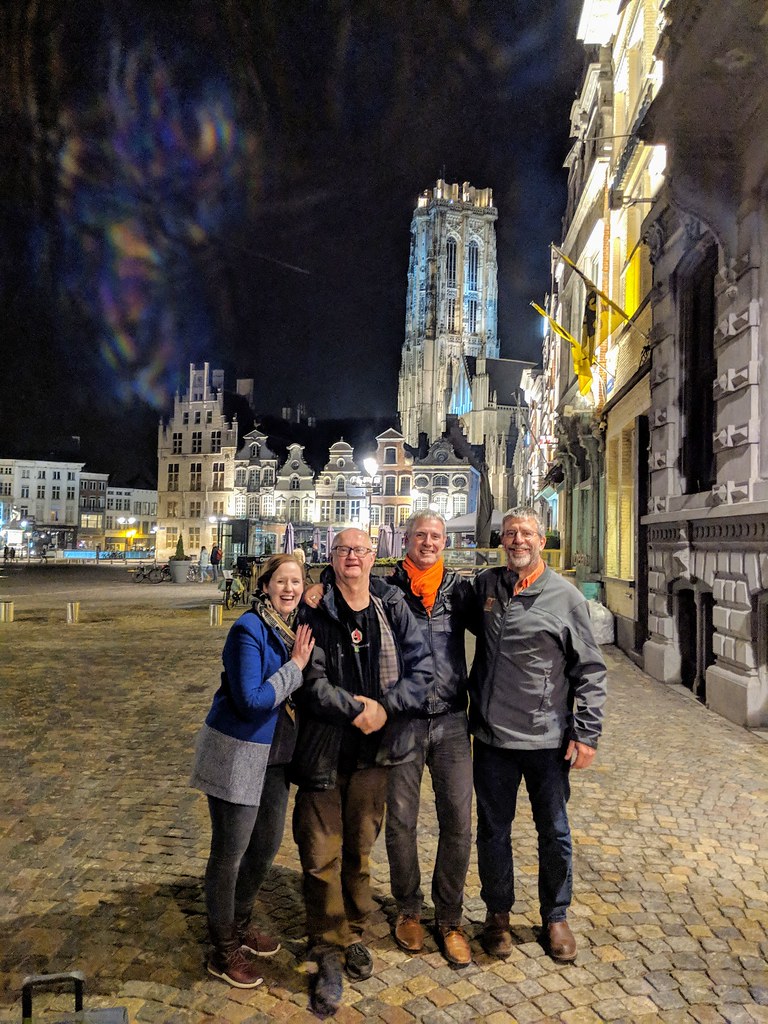 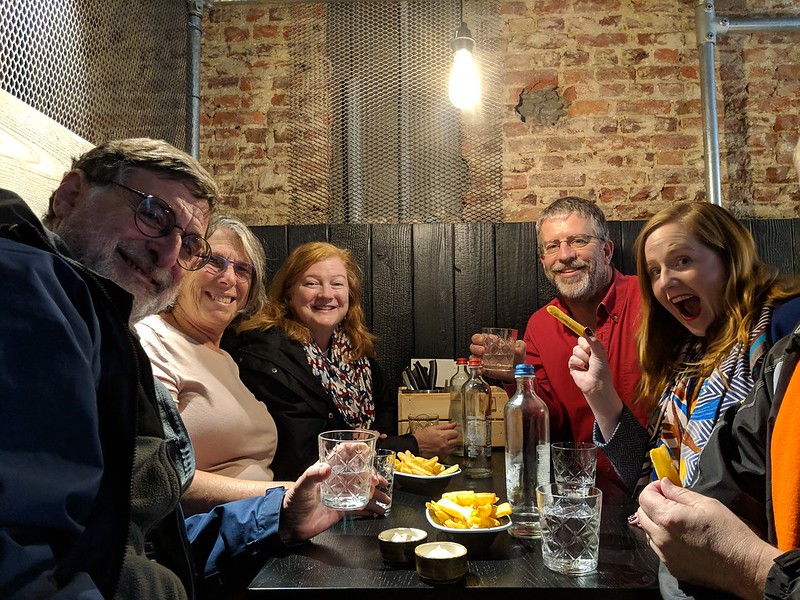 On a fry crawl in Belgium. 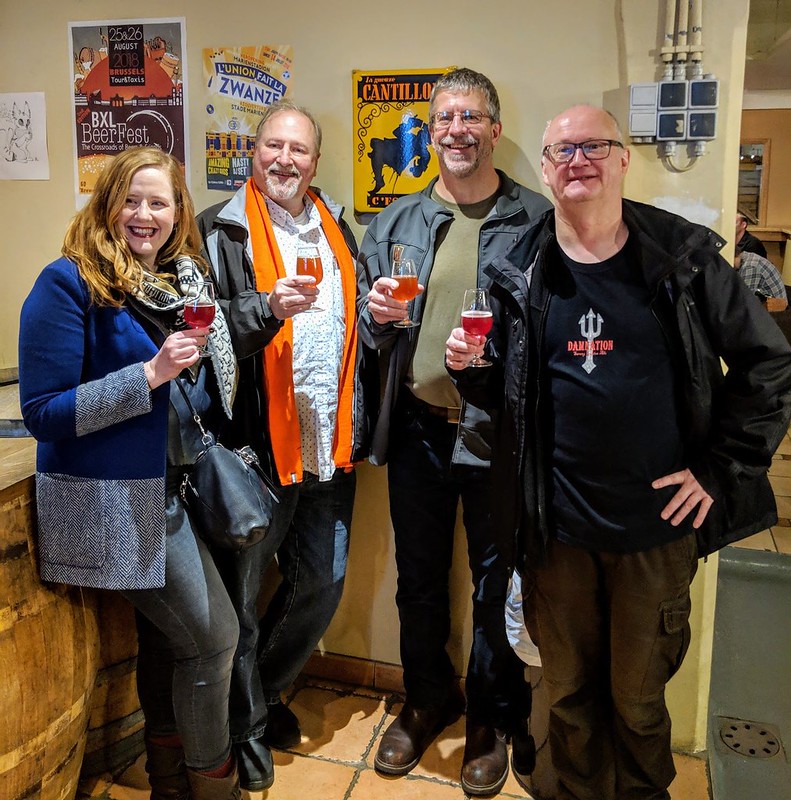 Susan, me, Chris Swersey and Cark Kins at Cantillon. 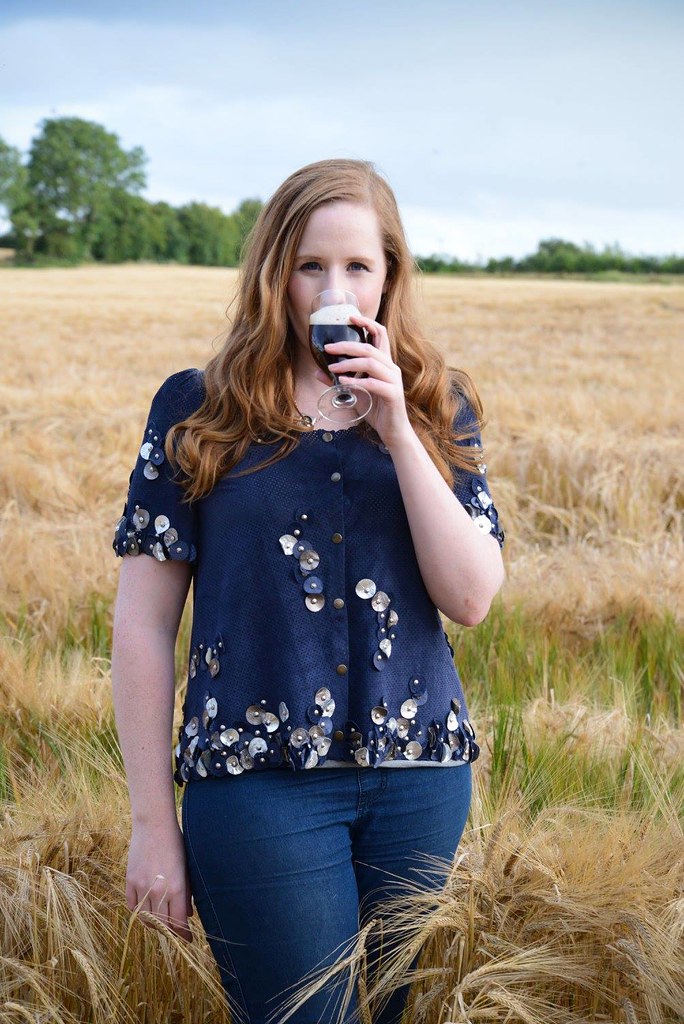 Outstanding in her field. 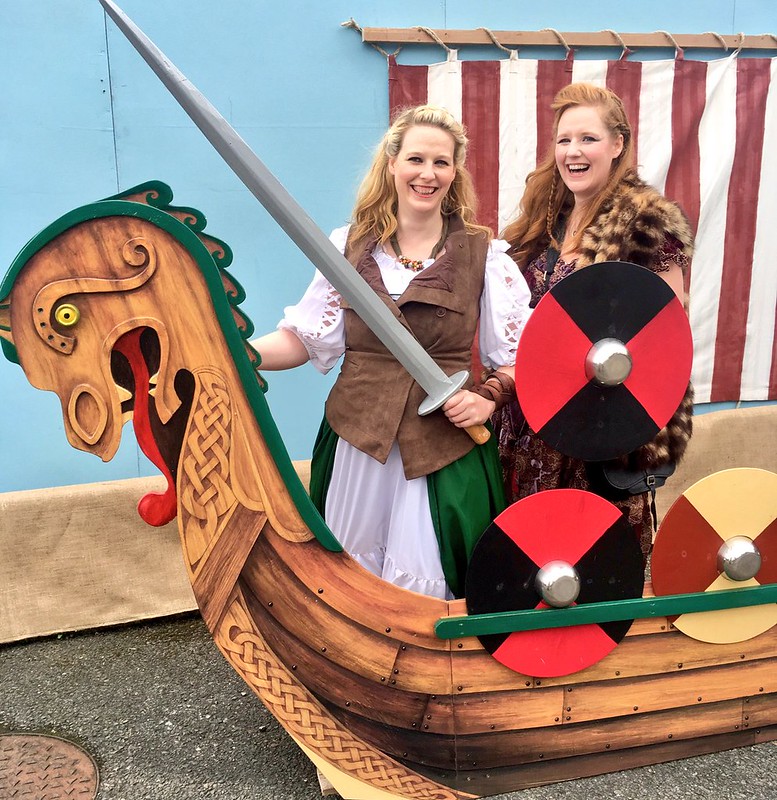 As a Viking with her sister Judith at the Kildare Medieval Festival.

Today is the 69th birthday of Randy Mosher, longtime homebrewer, author, brewery consultant and graphic designer. Randy’s had his own consulting business since the early 1990s, Randy Mosher Consulting and Design, and has been an instructor at the Siebel Institute since 2003. He’s also a partner in 5 Rabbit Cerveceria and Forbidden Root. He’s also the author of Tasting Beer, Beer for All Seasons, and several more books on beer and homebrewing. Join in wishing Randy a very happy birthday. 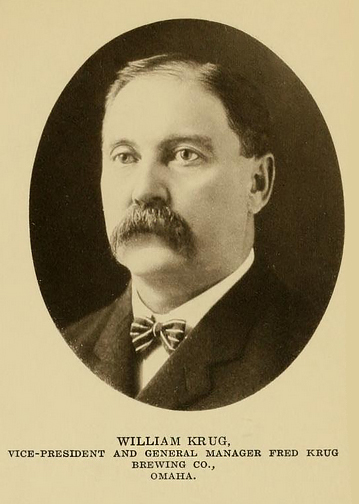