Friday’s ad is for “Rheingold Beer,” from 1945. This ad was made for the Rheingold Brewery, which was founded by the Liebmann family in 1883 in New York, New York. At its peak, it sold 35% of all the beer in New York state. In 1963, the family sold the brewery and in was shut down in 1976. In 1940, Philip Liebmann, great-grandson of the founder, Samuel Liebmann, started the “Miss Rheingold” pageant as the centerpiece of its marketing campaign. Beer drinkers voted each year on the young lady who would be featured as Miss Rheingold in advertisements. In the 1940s and 1950s in New York, “the selection of Miss Rheingold was as highly anticipated as the race for the White House.” The winning model was then featured in at least twelve monthly advertisements for the brewery, beginning in 1940 and ending in 1965. Beginning in 1941, the selection of next year’s Miss Rheingold was instituted and became wildly popular in the New York Area. Pat Boyd was Miss Rheingold 1945, and according to her Find-a-Grave page, she “worked as a model with many prestigious modeling agencies, including, Eileen Ford, Harry Conover and John Robert Powers. In 1945 Patricia “Patty” Boyd became Miss Rheingold.” She was born in 1922 and married Robert D. Buckalew. The couple resided in Montclair, New Jersey until they both passed away in 2007. In this ad, from August, she’s outside, still on that camping trip from yesterday’s newspaper ad, and is in a stream now, and appears to have caught herself a fish

Today is the 71st birthday of Danish beer writer and lecturer Carsten Berthelsen, who I’ve gotten to know judging at the Brussels Beer Challenge over the years. We also both judge the World Beer Awards, but in different parts of the world. The author of ten books, he hosts numerous tastings throughout the year, and is a fun person to go drinking with. Join me in wishing Carsten a very happy birthday.

Today is the 58th birthday of Mark Edelson, a co-founder and the managing partner of Iron Hill Brewery & Restaurant, a small brewpub chain that operates eleven brewpubs in the tri-state area of Delaware, New Jersey and Pennsylvania. Mark’s been a vocal and active member of the brewing community, especially around his mid-Atlantic home but also through the BA, too. Join me in wishing Mark a very happy birthday. 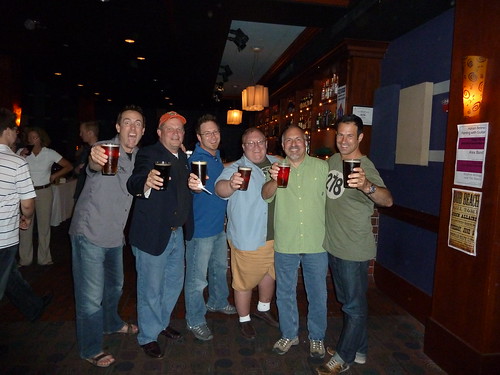 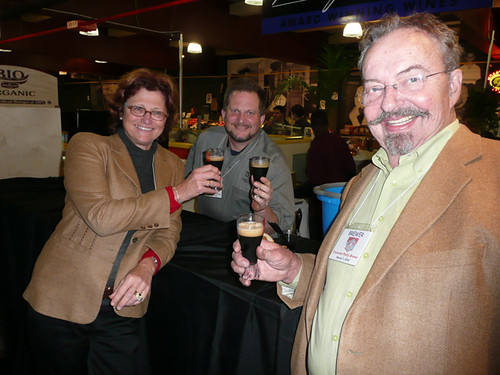 Carol and Ed Stoudt with Mark at the opening event for the first Philly Beer Week. 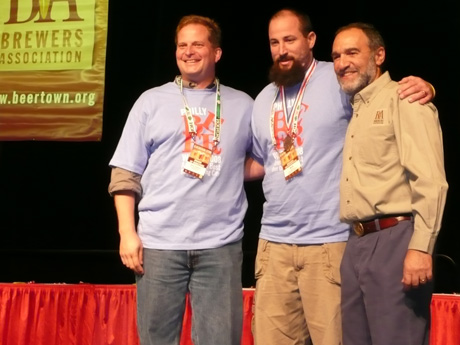 Mark on stage with Bob Barrar and Charlie Papazaian at the 2007 GABF. 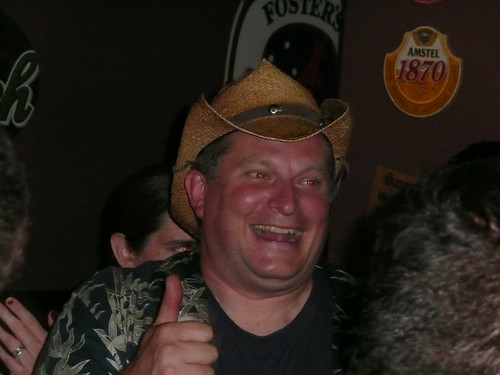 A great night For Mark during GABF week in the basement of the Falling Rock near the end of a very good evening.