Monday’s ad is for “Rheingold Beer,” from 1948. This ad was made for the Rheingold Brewery, which was founded by the Liebmann family in 1883 in New York, New York. At its peak, it sold 35% of all the beer in New York state. In 1963, the family sold the brewery and in was shut down in 1976. In 1940, Philip Liebmann, great-grandson of the founder, Samuel Liebmann, started the “Miss Rheingold” pageant as the centerpiece of its marketing campaign. Beer drinkers voted each year on the young lady who would be featured as Miss Rheingold in advertisements. In the 1940s and 1950s in New York, “the selection of Miss Rheingold was as highly anticipated as the race for the White House.” The winning model was then featured in at least twelve monthly advertisements for the brewery, beginning in 1940 and ending in 1965. Beginning in 1941, the selection of next year’s Miss Rheingold was instituted and became wildly popular in the New York Area. Miss Rheingold 1948, was Pat Quinlan. I wasn’t able to find out very much biographical information, only that she was possibly born in 1928 in Suffolk County, New York. In this ad, from April, she’s holding two baskets, one with kittens and the other with puppies, and talking about it raining cats and dogs every April. And then she claims to prefer being inside where it’s dry with Rheingold, the dry beer. Nice segue.

Today is the birthday of James Barkley (May 23, 1854-?). He was born in Baltimore, Maryland, at the age of 26 he started working for a local maltster, Solomon Strauss. He later worked for another brewer and maltster, John Marr, before joining the Gottlieb-Bauernschmidt-Strauss Brewing Company as secretary and treasurer, upon its formation on March 1, 1899. The G-B-S Brewing Co. (as it was often referred to as) consisted of a merger of sixteen local breweries. It was reorganized again in 1901, changing its trade name to the Globe Brewing Co. (which was the name of one of the sixteen founding members) although “G-B-S” continued to printed on its labels for years afterward. It finally closed for good in 1963. 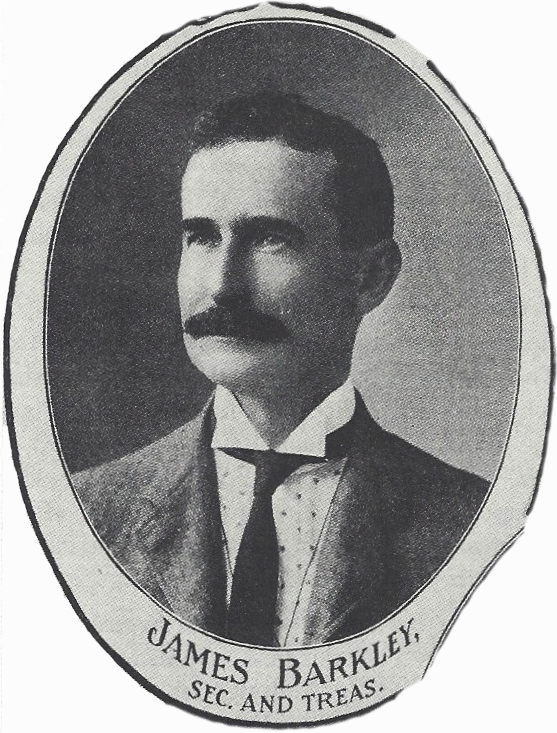 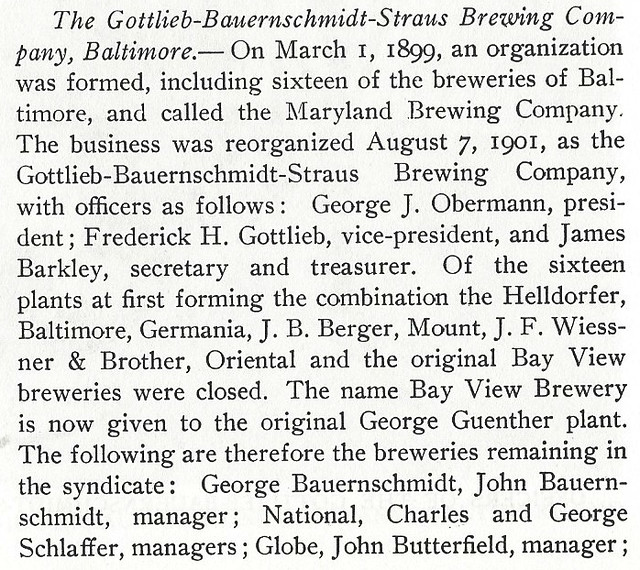 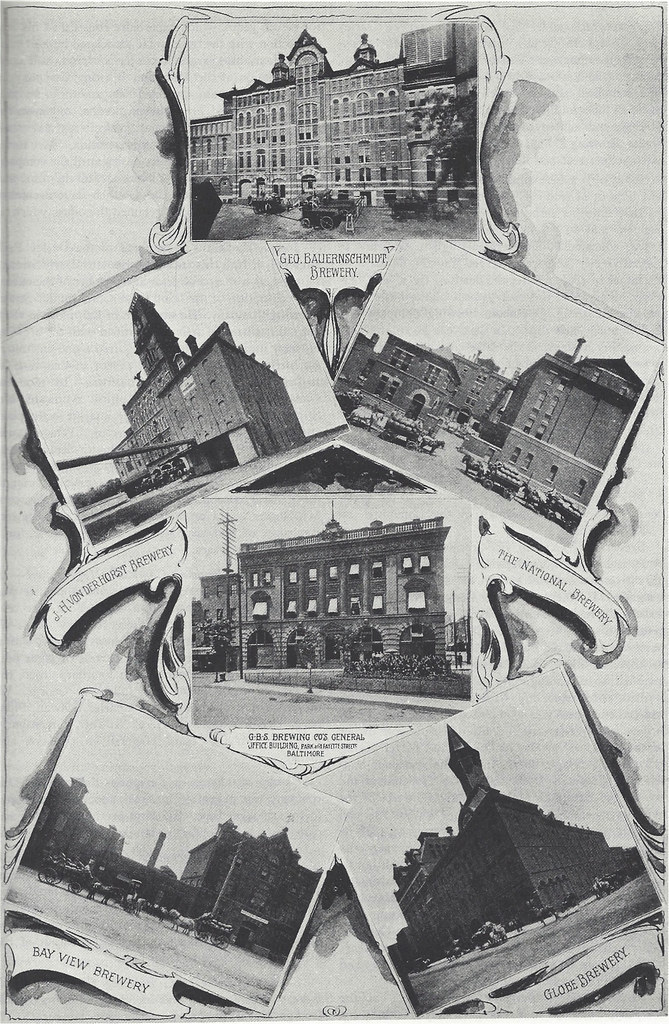 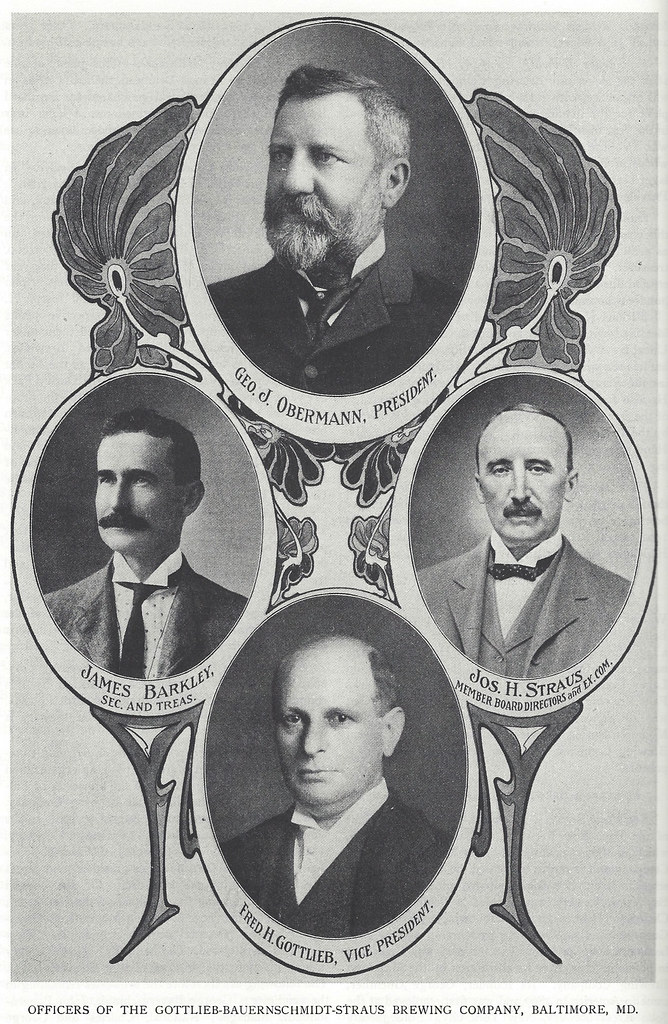 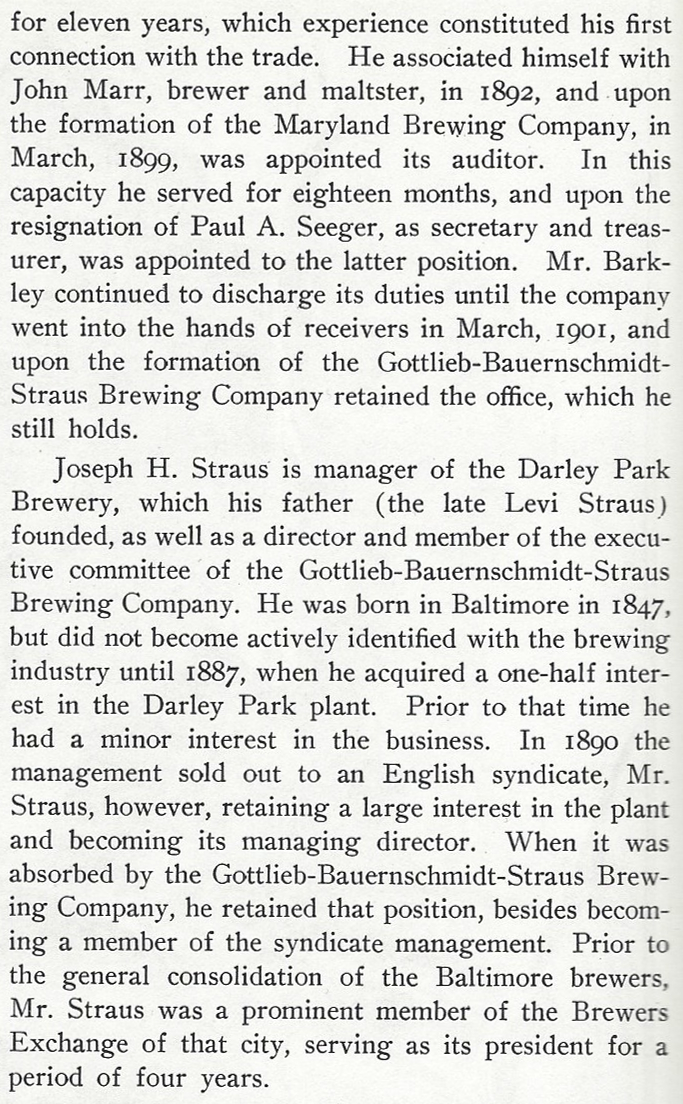 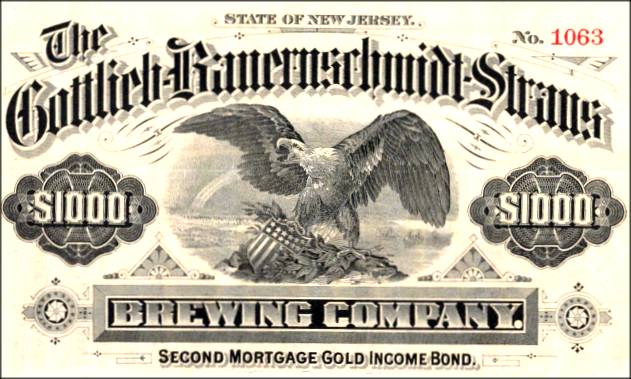 This account is from “American Breweries of the Past,” by David G. Moyer: 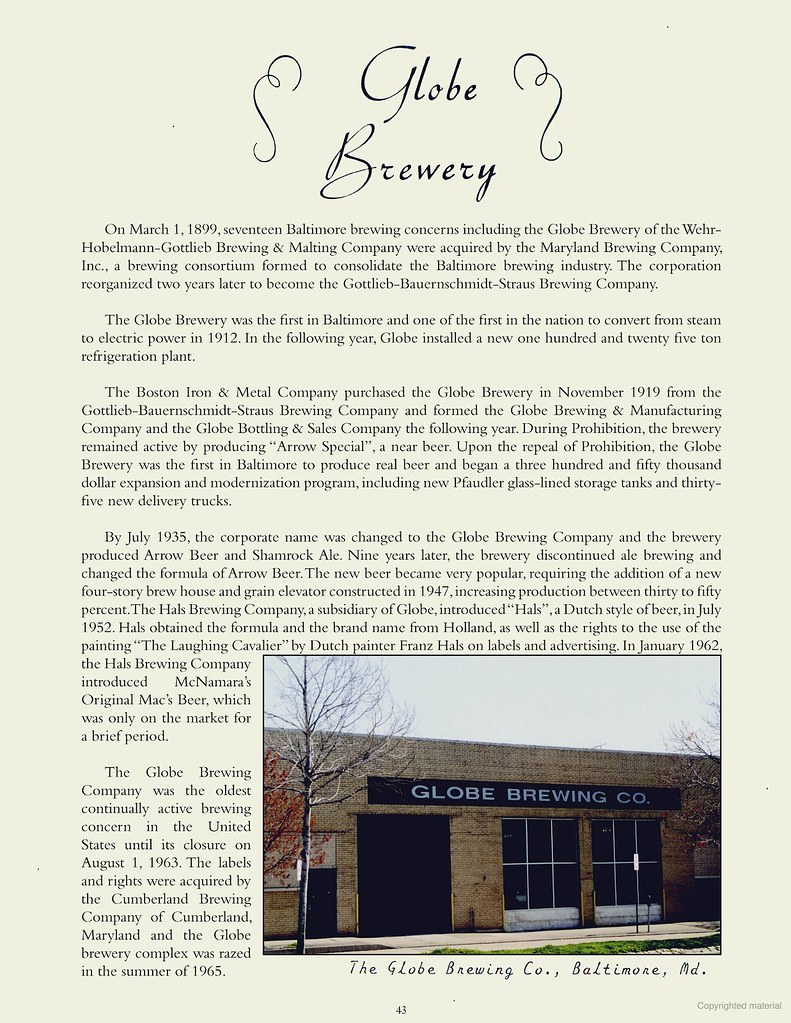 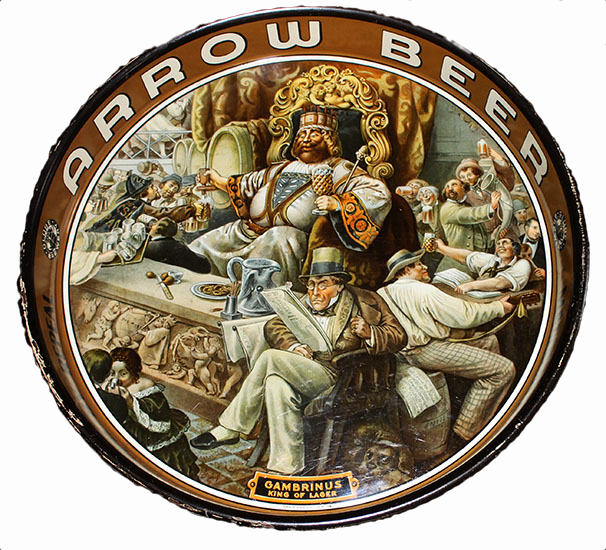 One of the brewery’s best-selling beer was “Arrow Beer.” 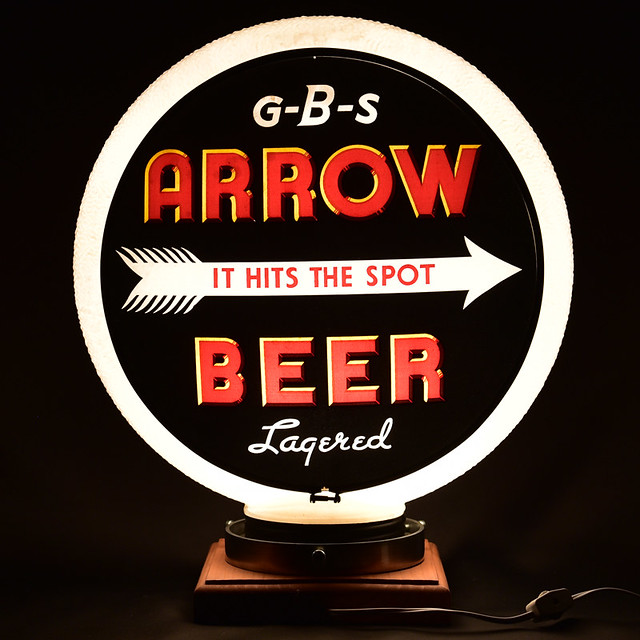 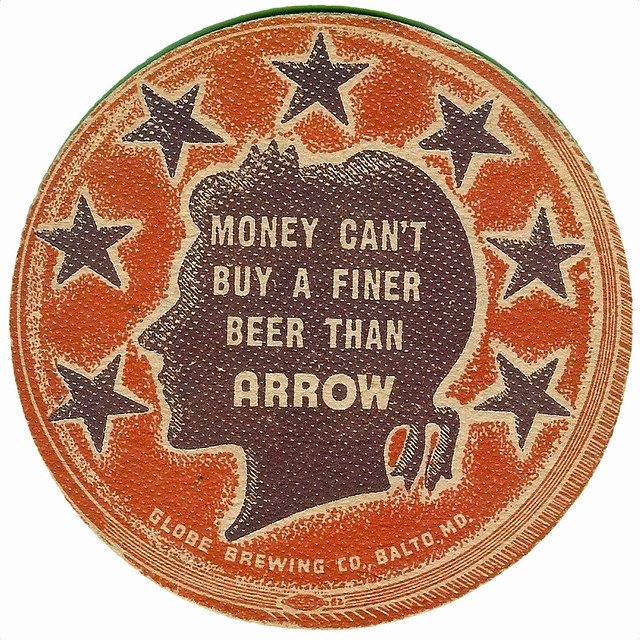 Today is the 67th birthday of Tony Forder, publisher of Ale Street News. Tony’s been putting out Ale Street News for over 20 years now, and was kind enough to give me a column when I first came back to freelancing when my son Porter was doing well enough so that I could return to work back in the early 2000s. I used to run into Tony at a variety of beer events throughout the year, but it’s been awhile now. He’s a great person to share a pint with or take a press junket with. Join me in wishing Tony a very happy birthday. After judging the finals for the 2009 Longshot Homebrew Competition in Boston. From left: Jason Alström, Tony, Bob Townsend, Jim Koch (founder of the Boston Beer Co.), yours truly, Julie Johnson (from All About Beer magazine), and Jason’s brother Todd Alström. Tony leading a toast at the end of the evening at Schlenkerla in Bamberg, thanking our host, Matthias Trum, and our guide, Horst Dornbusch, for a wonderful second day in Bavaria. Tony, Bob Townsend (Atlanta Journal-Constitution) and me at Longshot judging in 2009.