Wednesday’s ad is for “Rheingold Beer,” from 1952. This ad was made for the Rheingold Brewery, which was founded by the Liebmann family in 1883 in New York, New York. At its peak, it sold 35% of all the beer in New York state. In 1963, the family sold the brewery and in was shut down in 1976. In 1940, Philip Liebmann, great-grandson of the founder, Samuel Liebmann, started the “Miss Rheingold” pageant as the centerpiece of its marketing campaign. Beer drinkers voted each year on the young lady who would be featured as Miss Rheingold in advertisements. In the 1940s and 1950s in New York, “the selection of Miss Rheingold was as highly anticipated as the race for the White House.” The winning model was then featured in at least twelve monthly advertisements for the brewery, beginning in 1940 and ending in 1965. Beginning in 1941, the selection of next year’s Miss Rheingold was instituted and became wildly popular in the New York Area. After the over 700 aspiring models who registered for the contest, sixty were chosen in April to go to the next round. For that sixty, just six finalists are chosen and consumers are given an opportunity to cast their vote in the late summer and early fall. This is a newspaper photo from August of 1952 when the six finalists were chosen from the field of sixty, which was published just as they were first chosen.

Today is the 51st birthday of Luc De Raedemaeker, who’s the Tasting Director for the Brussels Beer Challenge, the Dutch Beer Challenge and also the owner of BIERinhuis. I first met Luc in D.C. when Stephen Beaumont introduced us during CBC, and then we judged together in Japan several years ago, and I’ve also been privileged to judge at the BBC the last several years. We generally run into one another several times a year, both in the states and in Belgium, and he’s always fun to share a beer or three with. Earlier this summer, his family stayed with us for a week while they were on vacation in the states, and had a grand time. Join me in wishing Luc a very happy birthday. 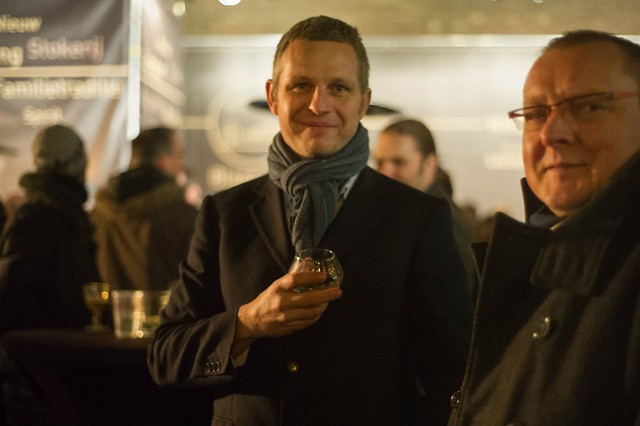 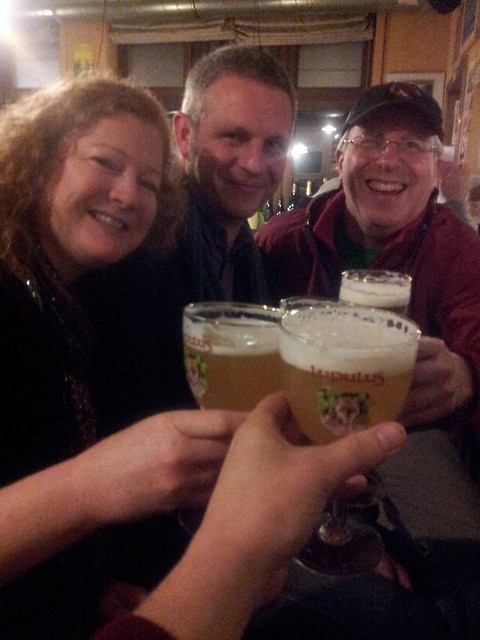 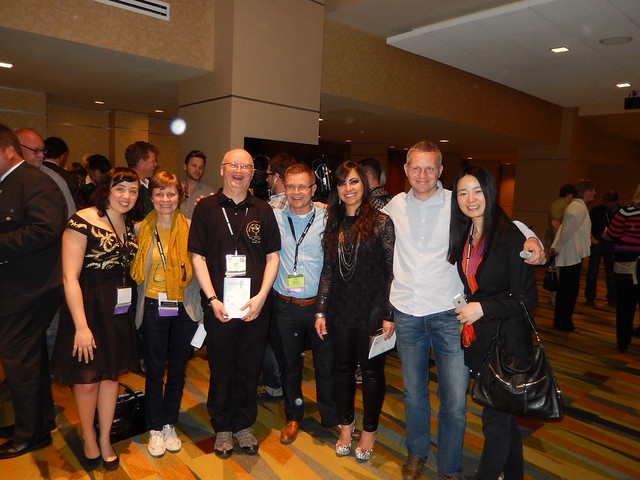 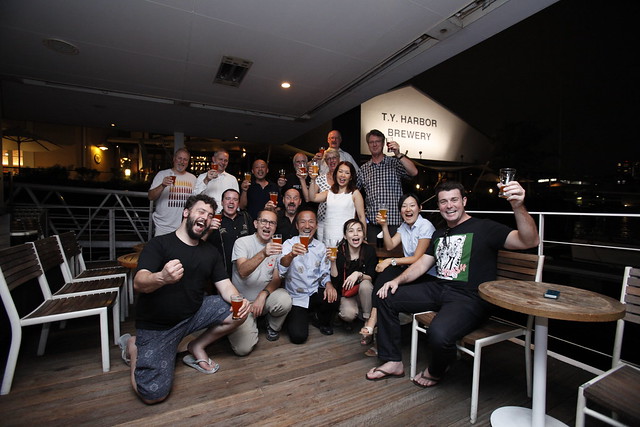 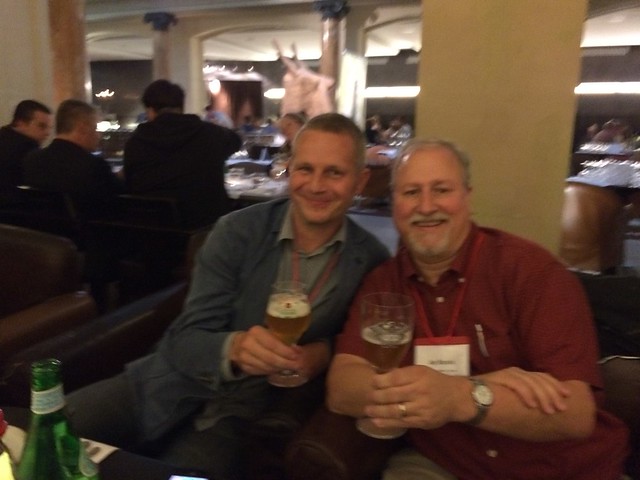 Luc and me at a beer dinner at Belga Queen in Brussels several years ago. 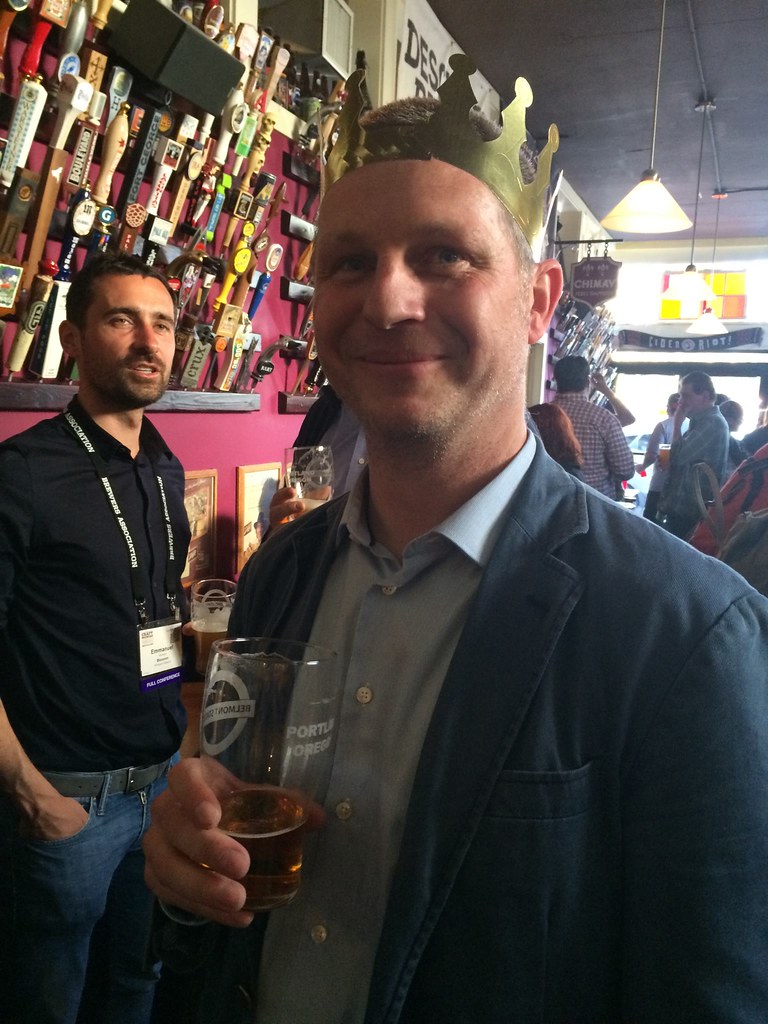 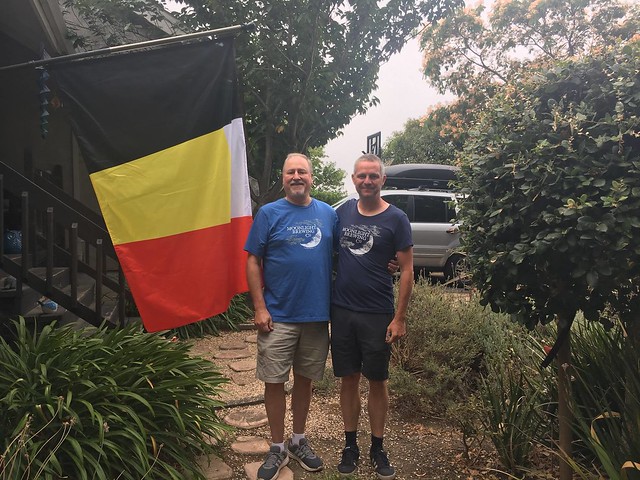 At our home a few summers ago, with the Belgium beer flag flying during his visit.