21st Amendment Brewery’s monthly beer school this month was a day-long bus trip from San Francisco north to Cloverdale and back again, with several stops at area breweries in between. Here’s the second half of our day. 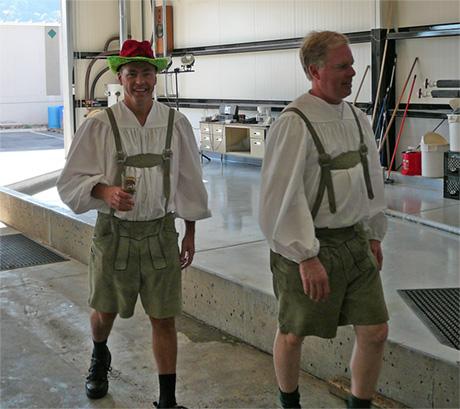 After Healdsburg, we went a few minnutes up the road to Cloverdale to see Bear Republic’s new production brewery. Here Nico and Shaun arrive in Cloverdale. 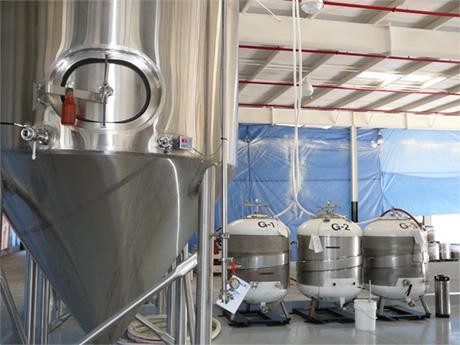 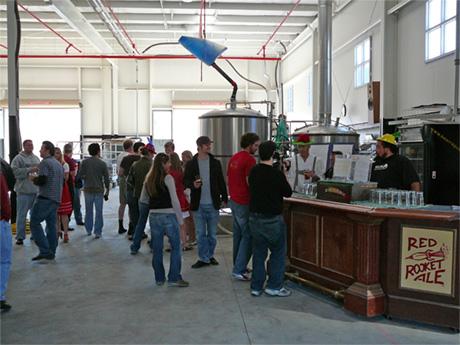 Where we sampled some of the first beers brewed there. 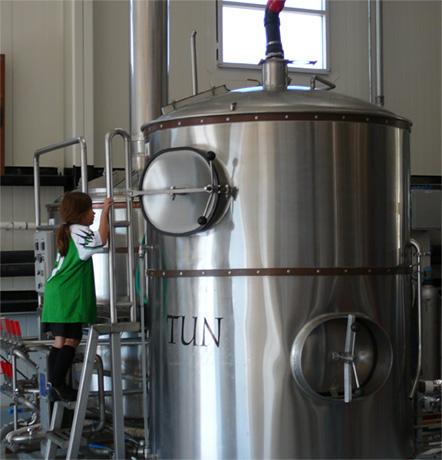 Bear Republic is a true family operation, as Rich’s daughter looks at the mash tun after scoring three goals in her soccer match earlier in the day. 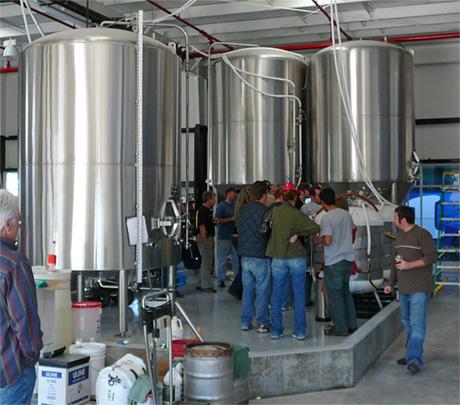 While the rest of us listened to Rich Norgrove tells us about his baby. 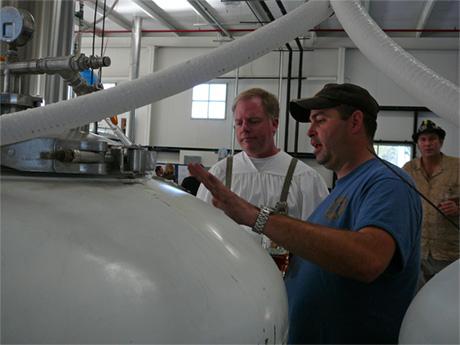 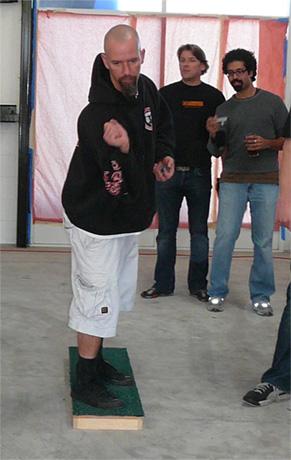 Rodger Davis displays his singularly unusual stance playing Washoes, standing on the board to throw. 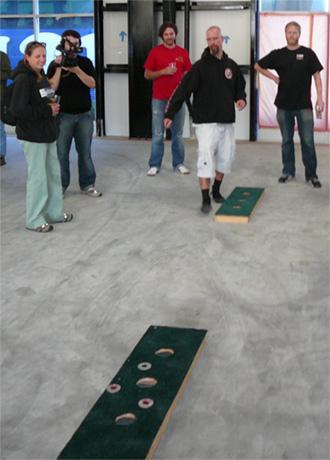 Before returning to a more traditional throwing stance. 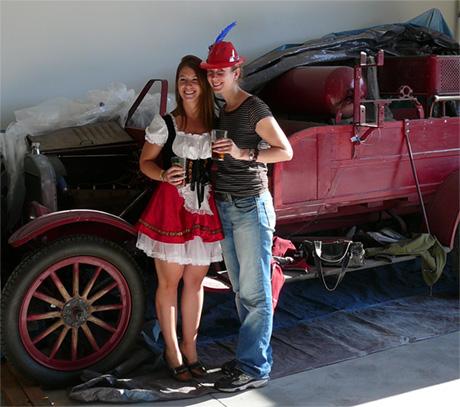 The back part of the cavernous brewery houses several Bear Republic race cars, including this antique car.

Me and the door of the Racer 5 VW bug. 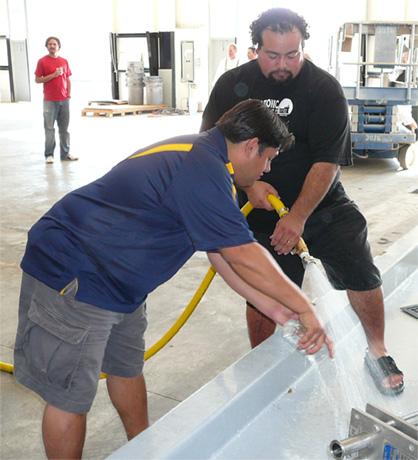 When it was time to move on, Rich’s assistant brewer rinsed our pint glasses with a fire hose. 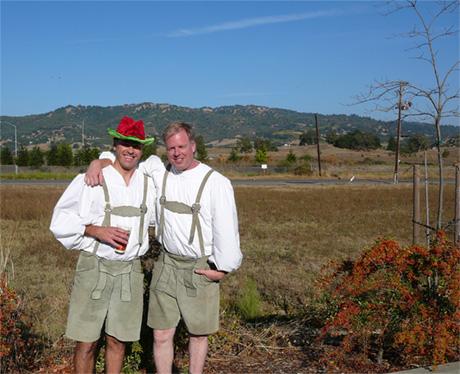 Nico and Shaun in the wild outdoors of Cloverdale. 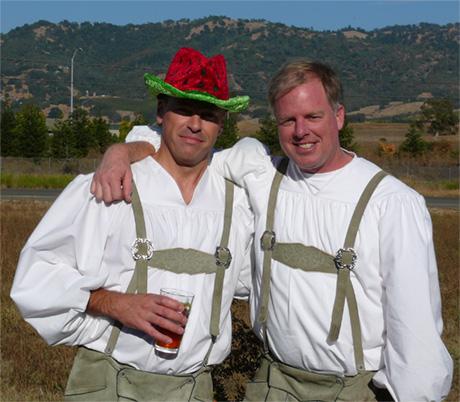 A close-up of Nico and Shaun. 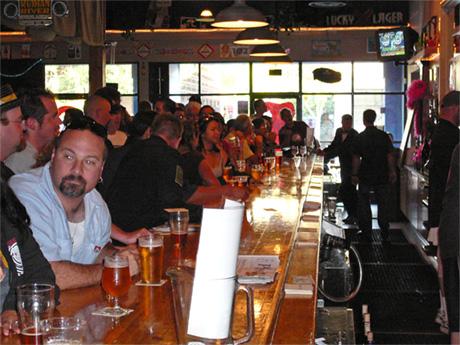 Next stop was Rusian River in Santa Rosa. 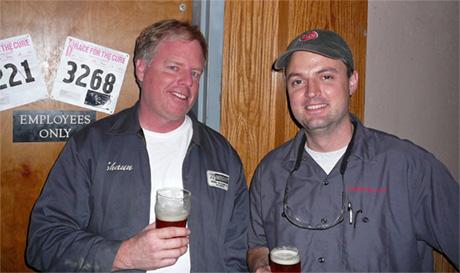 If you started here, you missed Part 1 of the bus trip.