Today is the 52nd birthday of Vinnie Cilurzo, founder and brewmaster at Russian River Brewing. Unless you’ve been living under a rock, you know Vinnie is one of the best brewers in America and is credited with having made the first Imperial IPA. Along with his partner Natalie, his Russian River Brewery in Santa Rosa, California won unprecedented back-to-back best brewpub (and brewmaster) awards at the World Beer Cups in 2006 and 2008, and their flagship Pliny the Elder has been picked as the best beer in America by AHA members seven years in a row, but was finally bested last year by Bell’s Two-Hearted Ale, after which Vinnie sent Larry Bell and crew a case of Pliny. Vinnie is one of the nicest people in the industry you’ll ever meet. Last fall, they opened their new production brewery in Windsor, which is an amazing space. Join me in wishing Vinnie a happy birthday. 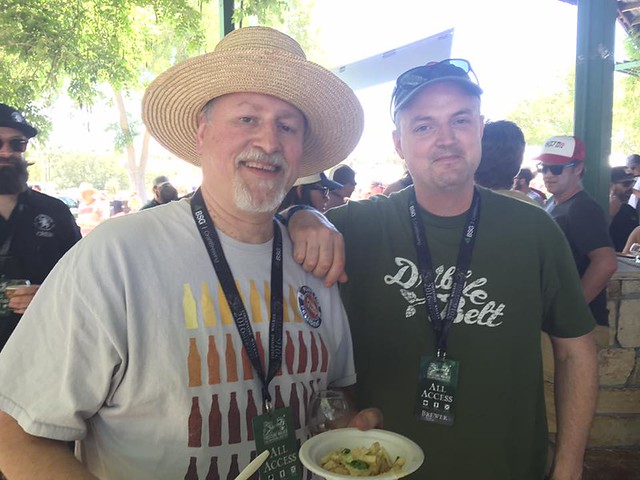 And again several years ago at the Firestone Walker Invitational, sharing some frites.