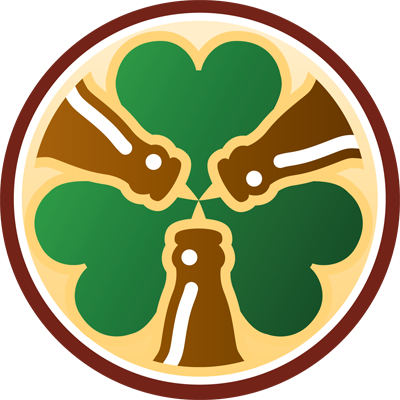 What follows is information about Irish-style dry stout, collected from a variety of sources. If you know of any additional resources about this type of beer, please let me know.

Overall Impression: A black beer with a pronounced roasted flavor, often similar to coffee. The balance can range from fairly even to quite bitter, with the more balanced versions having a little malty sweetness and the bitter versions being quite dry. Draught versions typically are creamy from a nitro pour, but bottled versions will not have this dispense derived character. The roasted flavor can be dry and coffee-like
to somewhat chocolaty.

Aroma: Moderate coffee-like aroma typically dominates; may have slight dark chocolate, cocoa and/or roasted grain secondary notes. Esters medium-low to none. Hop aroma low to none, may be lightly earthy or floral, but is typically absent.

Appearance: Jet black to very deep brown with garnet highlights in color. According to Guinness, “Guinness beer may appear black, but it is actually a very dark shade of ruby.” Opaque. A thick, creamy, long-lasting, tan- to brown-colored head is characteristic when served on nitro, but don’t expect the tight, creamy head on a bottled beer.

Flavor: Moderate roasted grain or malt flavor with a medium to high hop bitterness. The finish can be dry and coffee-like to moderately balanced with a touch of caramel or malty sweetness. Typically has coffee-like flavors, but also may have a bittersweet or unsweetened chocolate character in the palate, lasting into the finish. Balancing factors may include some creaminess, medium-low to no fruitiness, and medium to no
hop flavor (often earthy). The level of bitterness is somewhat variable, as is the roasted character and the dryness of the finish; allow for interpretation by brewers.

Mouthfeel: Medium-light to medium-full body, with a somewhat creamy character (particularly when served with a nitro pour). Low to moderate carbonation. For the high hop bitterness and significant proportion of dark grains present, this beer is remarkably smooth. May have a light astringency from the roasted grains, although harshness is undesirable.

Comments: When a brewery offered a stout and a porter, the stout was always the stronger beer (it was originally called a “Stout Porter”). Modern versions are brewed from a lower OG and no longer necessarily reflect a higher strength than porters. This is typically a draught product today; bottled versions are typically brewed from a higher OG and are usually called Extra Stouts. Regional differences exist in Ireland, similar to variability in English Bitters. Dublin-type stouts use roasted barley, are more bitter, and are drier. Cork-type stouts are sweeter, less bitter, and have flavors from chocolate and specialty malts. Commercial examples of this style are almost always associated with a nitro pour. Do not expect traditional bottle-conditioned beers to have the full, creamy texture or very long-lasting head traditionally associated with nitrogen dispense.

Characteristic Ingredients: Guinness is made using roasted barley, flaked barley, and pale malt, but other breweries don’t necessarily use roasted barley; they can use chocolate or other dark and specialty malts. Whatever combination of malts or grains is used, the resulting product should be black. Cork-type stouts are perhaps closer to historical London-type stouts in composition with a varied grist not dominated by roasted barley.

Style Comparison: Lower strength than an Irish Extra Stout, but with similar flavors. Darker in color (black) than an English porter (brown). 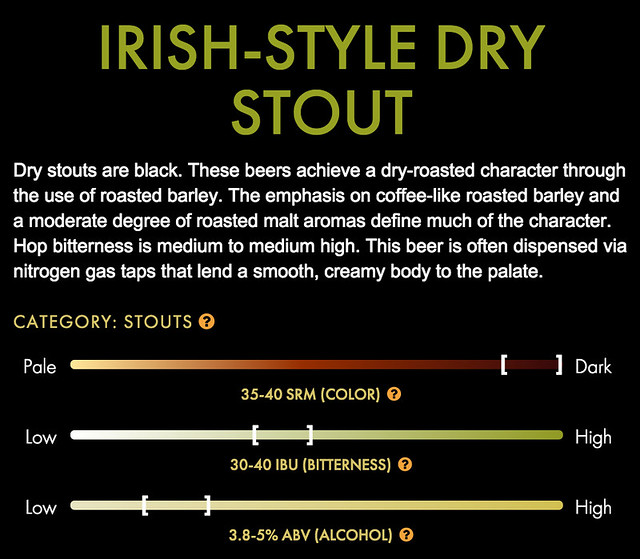 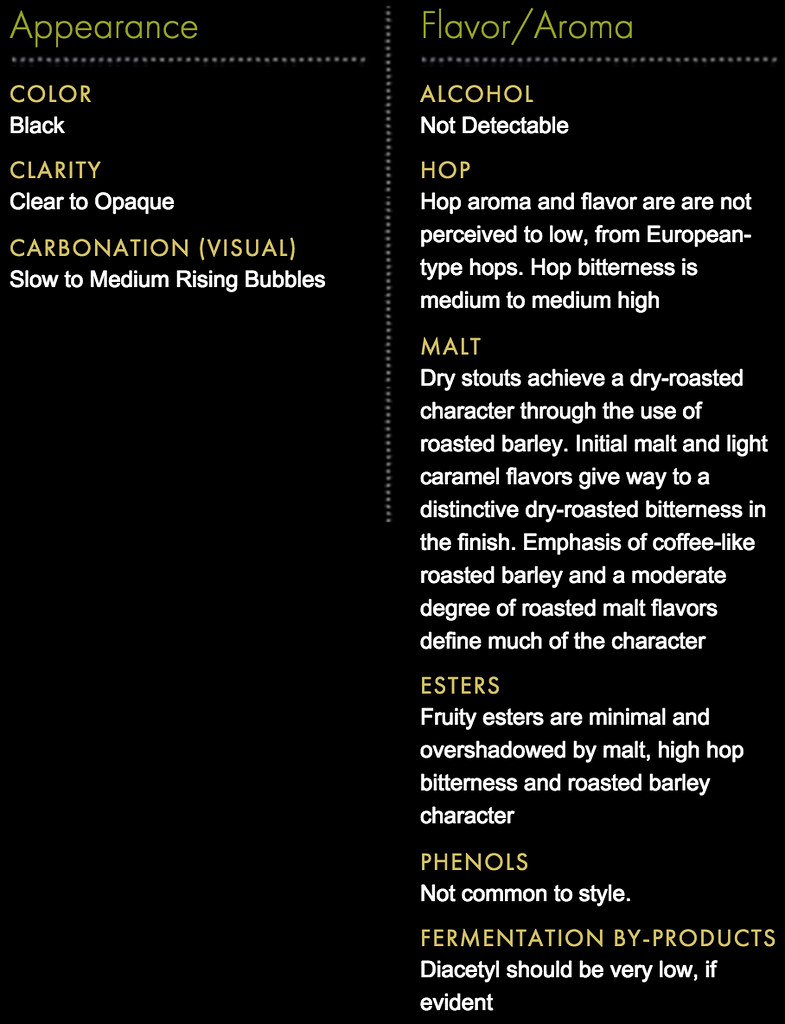 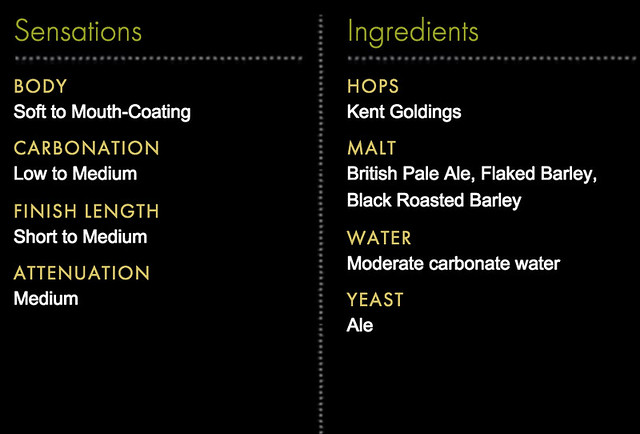 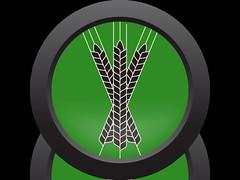 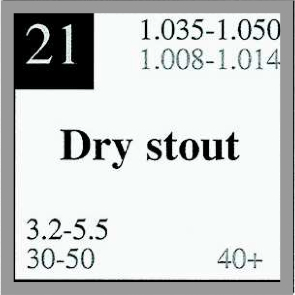 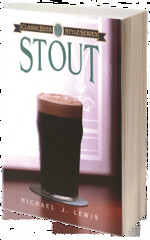 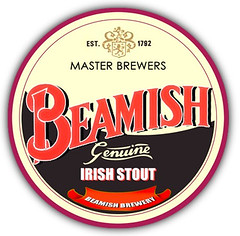 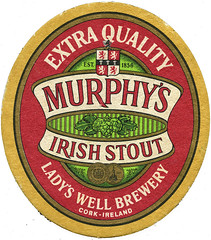 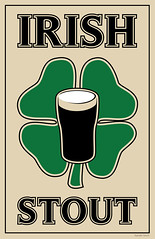