This is a photo essay of the Fuller’s Brewery in London, England. 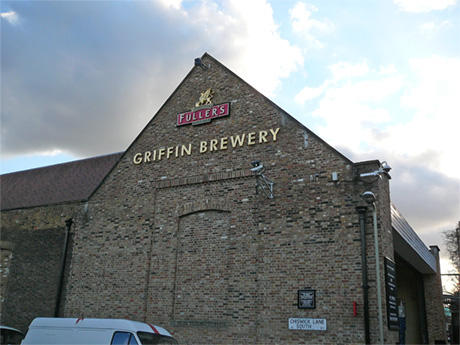 The Griffin Brewery in Chiswick, London 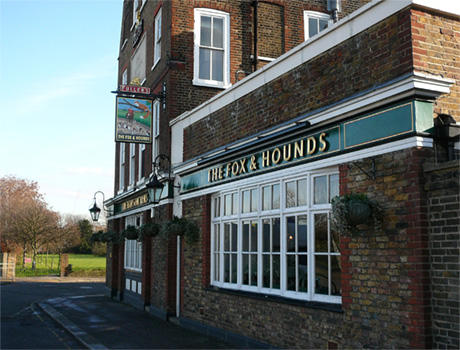 The Fuller’s pub attached to the grewery is known as the Fox & Hounds on one side. 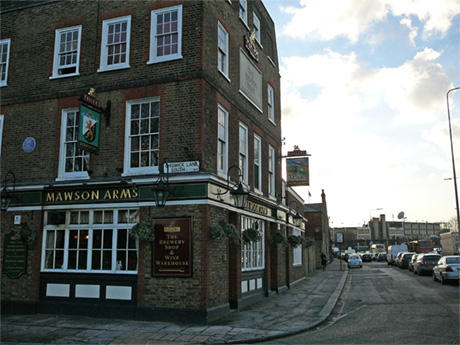 And the Mawson Arms on the other. 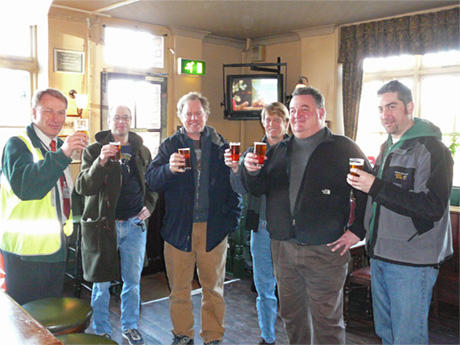 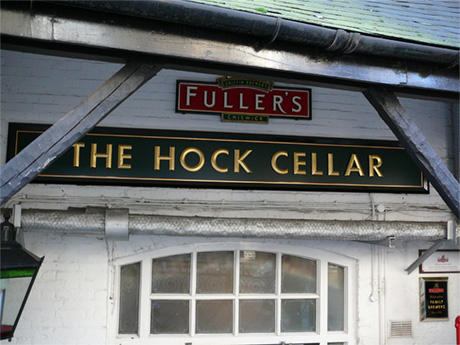 Our tour began in the Hock Cellar. 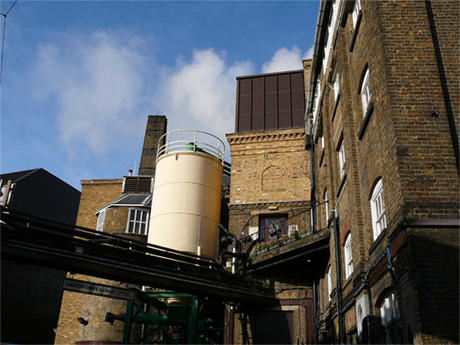 Then preceded back toward the brewery proper. 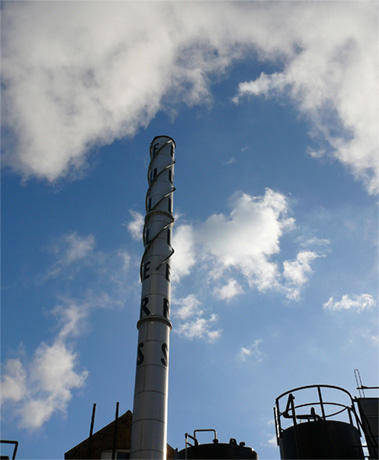 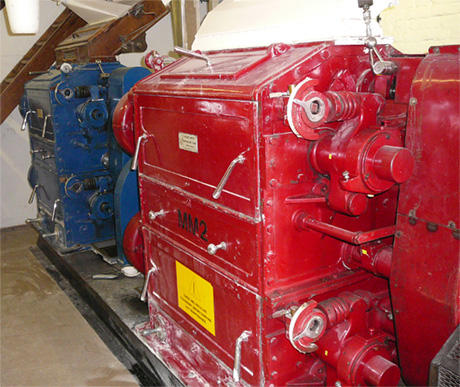 The tour began with the old part of the brewery, such as this view of the old malthouse. 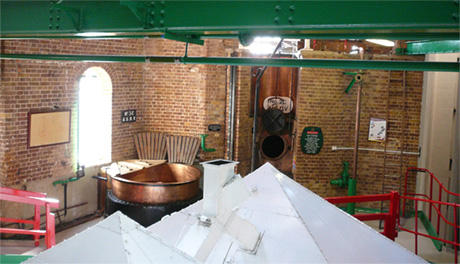 And other now unused parts of the brewery have been left intact and incoroporated into the tour. 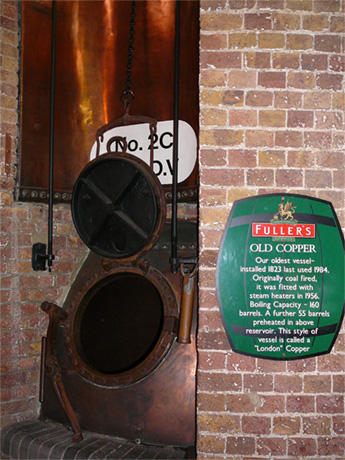 Inside the “Old Copper.” 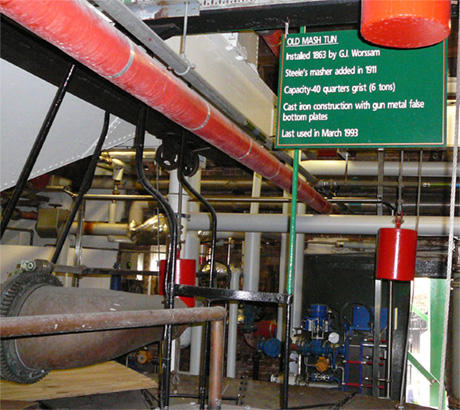 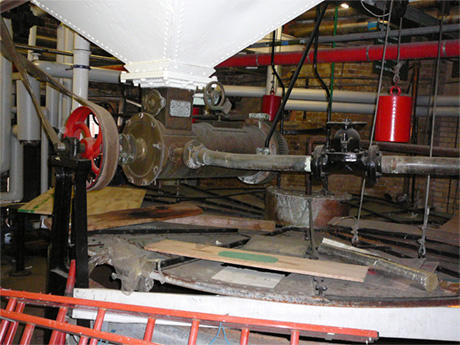 A better view of the “Old Mash Tun.” 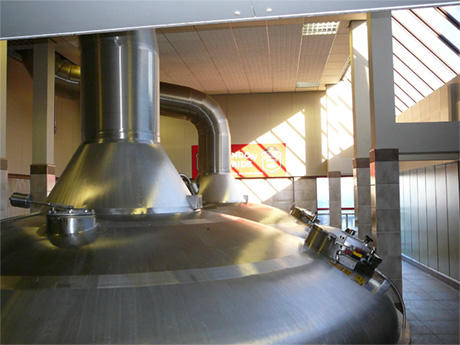 Then it was on to the more modern portion of the brewery. 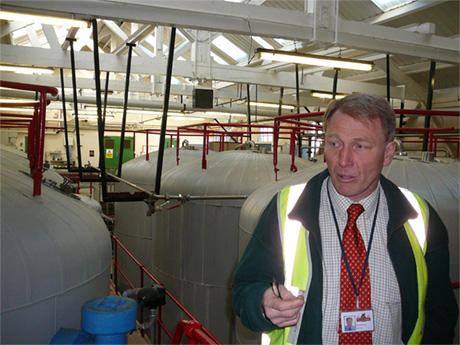 Our tour guide, Derek Prentice was, until quite recently, at Young’s Ram Brewery. He’s now in charge of production brewery for the next year at Fullers. 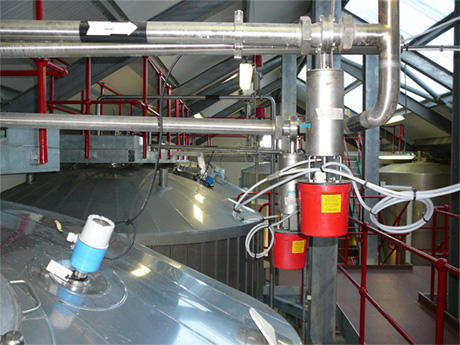 Since the early 1990s, the brewery has been fully modernized. 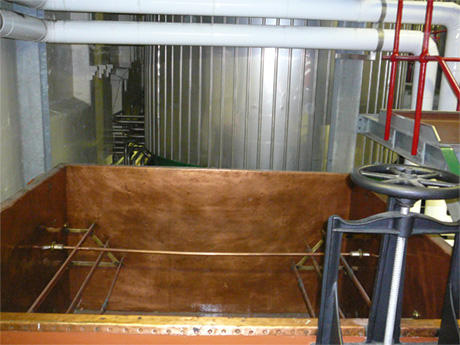 Though remanants of the old ways still remain, such as this old square fermenter. 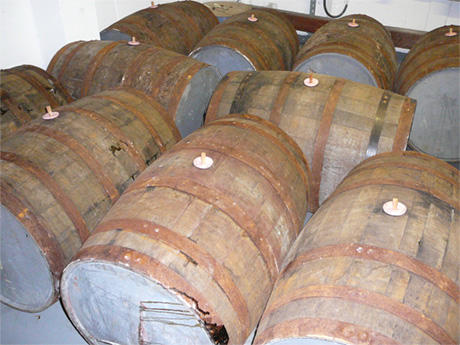 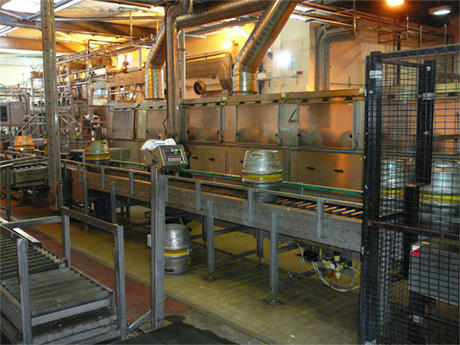 Though the majority of draught beer is packaged in modern kegs. 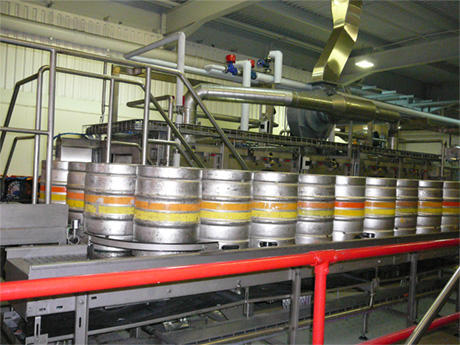 Which are also filled in a modern facility. 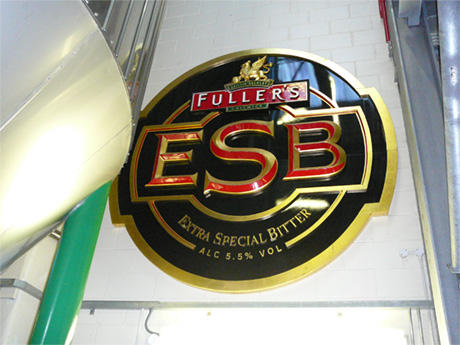 At the exit, a large sign spays homage to Fuller’s most popular beer, their ESB. 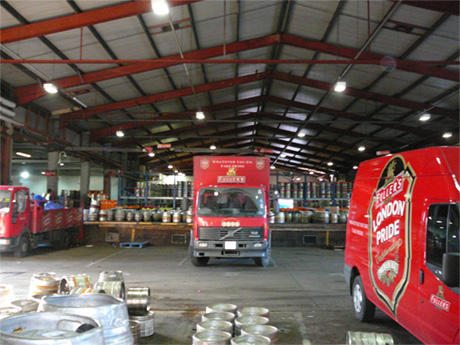 Outside, beer is stack on the docks waiting for delivery to pubs and retail stores. 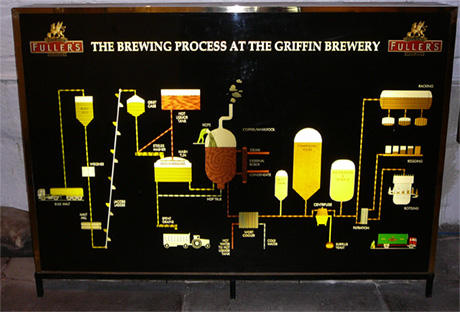 For us, it was back to the Hock Cellar where this animated sign shows the brewing process at the Griffin. 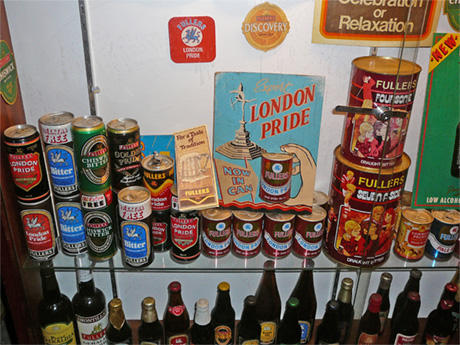 Inside the Hock Cellar, the walls were lined cases filled with breweriana from throughout Fuller’s history.

Of course, there was a bar where we sampled beer made at the brewery. Here brewers Shaun O’Sullivan from 21st Amendment Brewery and Christian Kazakoff from Triple Rock Brewery pose behind the bar with our tour guide Derek Prentice.