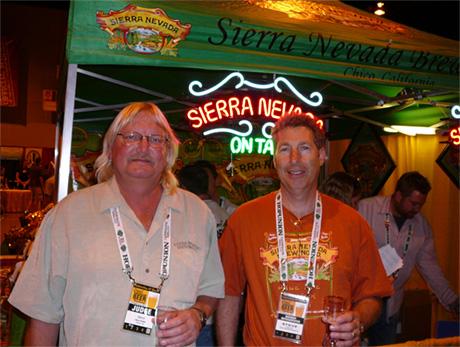 A pair of Steves: Steve Dresler and Steve Grossman from Sierra Nevada Brewing. They had this year’s Bigfoot that had been aged in whiskey barrels for four months and served on cask. 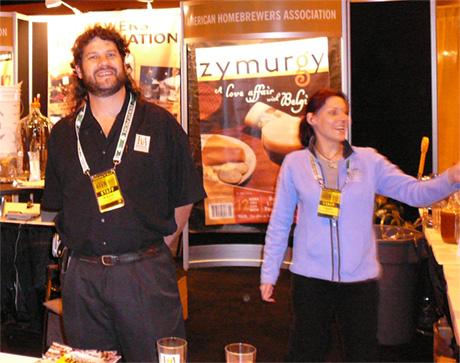 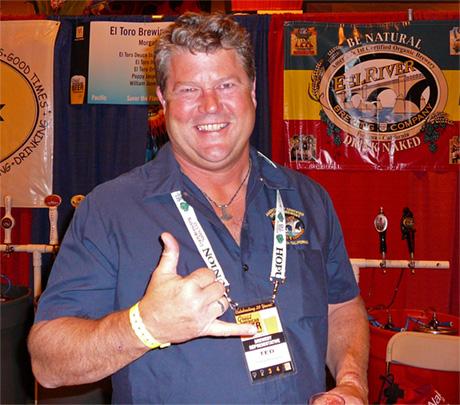 Ted Vivatson of Eel River Brewing in Fortuna, California. Ted won a Gold and a Silver for his Tripel Exultation in the Aged Beer (Ale or Lager) and Old Ale categories, respectively. 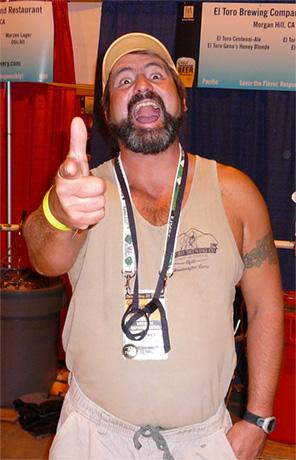 Geno Acevedo from El Toro Brewing in Morgan Hill, California happy to see a friendly face. Geno won a Silver for his William Jones Wheat Beer (named for his father) in the American-Style Wheat Beer category. Geno also has in the works a beautiful new brewpub which will be opening shortly. 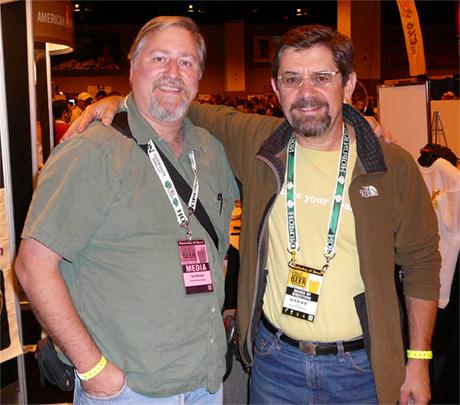 Me and Steve Hindy, co-founder of Brooklyn Brewery in New York. 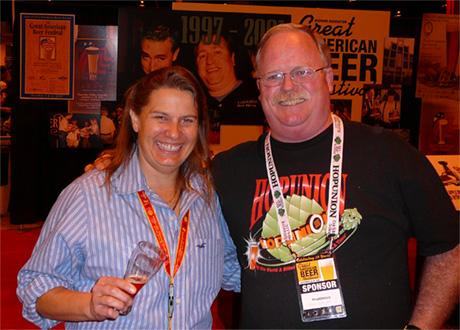 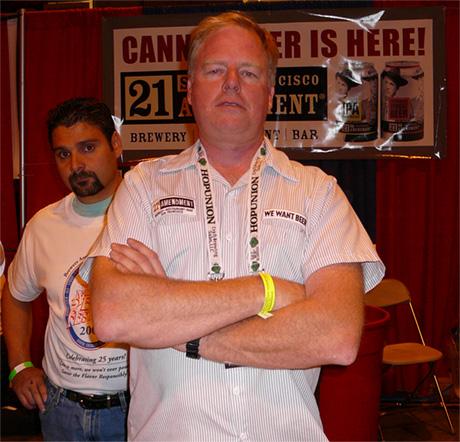 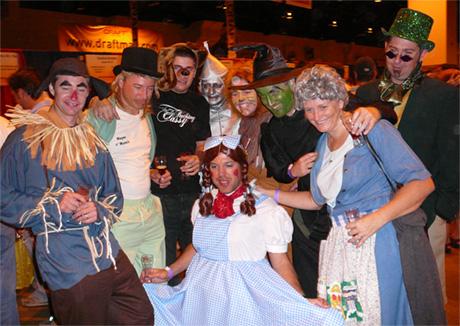 We’re not in Kansas anymore. A group of revelers at the festival from Oakland, California. 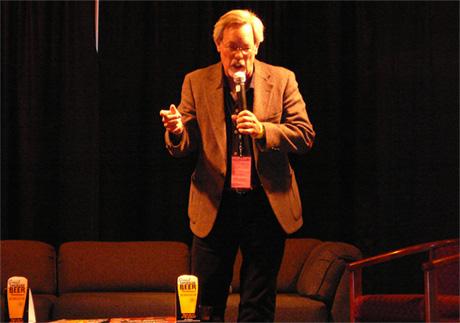 Another feature of the 21th Anniversary festival was “Inside the Brewers Studio,” a take-off on the famous TV show, where Tom Dalldorf, publisher of the Celebrator Beer News, introduced and questioned legendary figures from the craft beer industry. 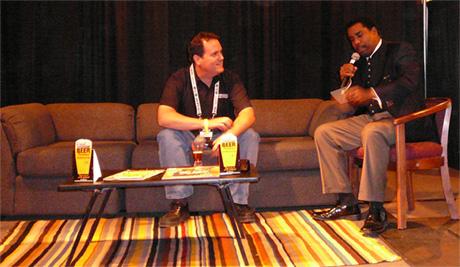 Here Mitch Steele, from Stone Brewing, and Garret Oliver, brewmaster at Brooklyn Brewery, interview each other. 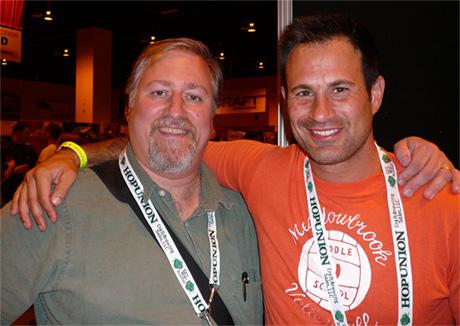 Me and Sam Calagione from Dogfish Head Craft Brewery in Milton and Rehoboth Beach, Delaware along with their new alehouse location in Gaithersburg, Maryland. Sam won a bronze medal for his World Wide Stout in the Aged Beer (Ale or Lager) category and another Bronze for his Festina Lente in the Belgian-Style Sour Ale category. 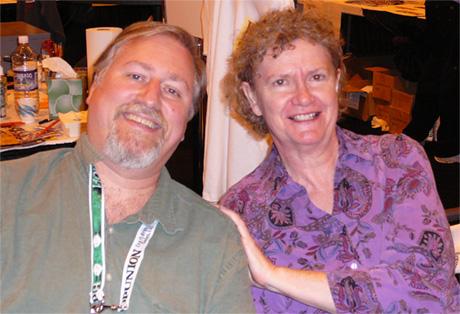 Me with author Maureen Ogle, who penned the new Ambitious Brew, a history of brewing in America. 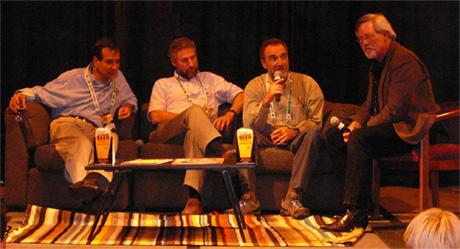 Another “Inside the Brewers Studio” with Jim Koch of Boston Beer Co., Ken Grossman of Sierra Nevada Brewing, Charlie Papazian, founder of what is now the Brewers Association, and moderator Tom Dalldorf of the Celebrator. 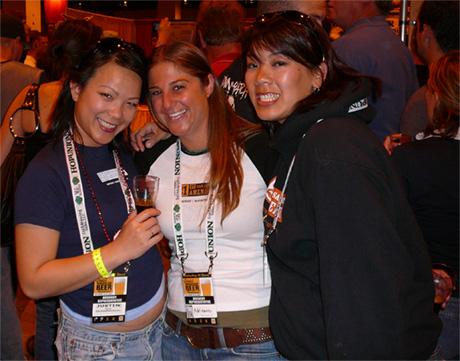 The girls of 21st Amendment Brewery in San Francisco, California. 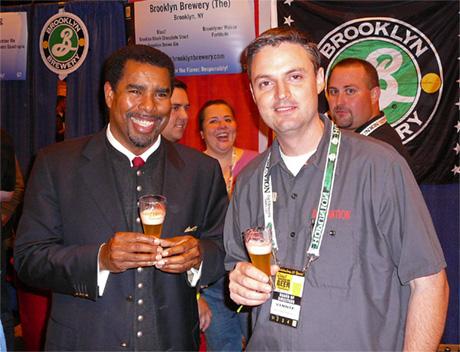 Garret Oliver of Brooklyn Brewery and Vinnie Cilruzo of Russian River Brewing in Santa Rosa, California. Vinnie won a bronze medal for his Aud Blonde in the Golden or Blonde Ale category, which was named for his mother Audre who was in the audience along with his father Vince. Vinnie also won a silver medal for his Beatification in the Belgian-Style Sour Ale category and a gold medal for Pliny the Elder in the Imperial or Double India Pale Ale category. 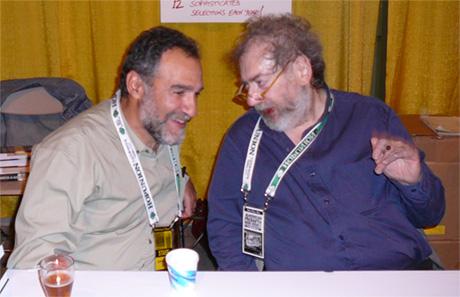 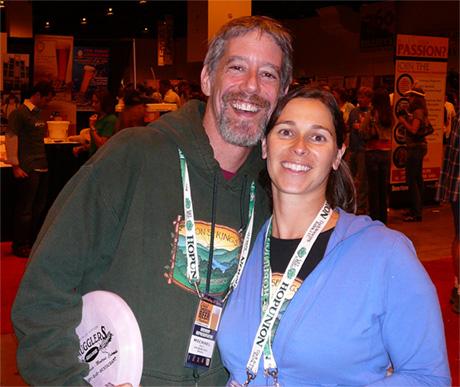 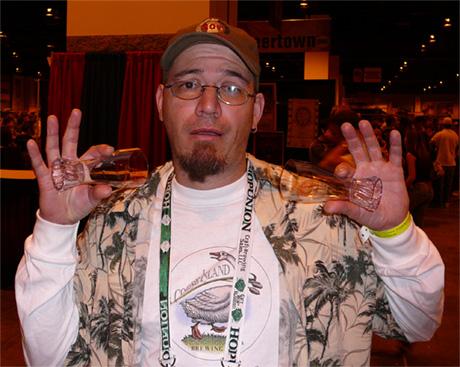 Will Turner, originally from the Bay Area, but now in Chicago with Goose Island Brewing showing us how deeply saddened he was by our empty glasses. Happily, he rectified that with their Pere Jacques. 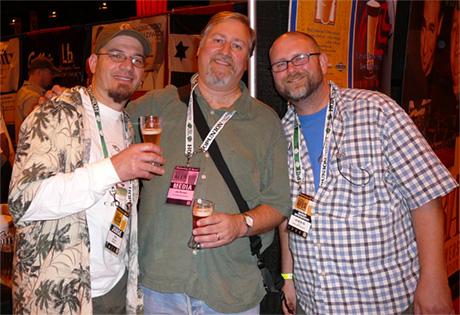 Will, me and and Goose island brewmaster Greg Hall.