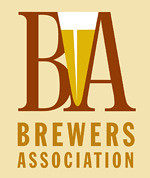 This is a piece I wrote for the Brewer’s Association six years ago, in 2011. It ran online on the BA’s Craft Beer consumer website around Father’s Day. It’s about beer people giving their kids’ beer names, which is something my wife and I did with our son, Porter. A friend recently asked to see this article, and since the CraftBeer.com website was upgraded, it appears that they didn’t archive earlier articles. So I popped it into this page. Enjoy.

Papa’s Got A Brand New Beer

After an arduous eighteen hours of labor, my first-born son finally made his appearance in the world. I was exhausted, though not nearly as much as my wife. After cutting the cord, I followed the doctor as he carried our newborn, pasty and white, to a nearby table to give him the Apgar test. Being a brand new father, my son’s appearance worried me. I didn’t realize it was common for there to be skin discoloration from the last stage of birth where, for a short time, the baby gets no oxygen through the umbilical cord and has not yet taken his own first breath. So I was alarmed by his purplish skin and became frightened that he was not breathing, thinking something had gone seriously wrong. I began to panic, but the doctor calmly reassured me, telling me that everything was completely normal.

I breathed deeply—a heavy sigh of relief—and realized I had been holding my own breath for far too long. I began to relax, my worry turning to joy at the sight of the life my wife and I had created. My very second thought, as I looked at his ruddy purple skin, was that he was the color of a nice robust porter. When I recounted that story to my wife a few hours later in our hospital room, she smiled and said “well that’s it then.” And that’s how my son Porter got his name.

Not surprisingly, parents choose the names of their children for as many reasons as there are people. Popular names change over time, and the most common ones ebb and flow from decade to decade on the lists of the trendiest choices. Until very recently, traditional family names and the top ten most popular names accounted for around 40 percent of all babies named. Parents tended to stick to tried and true names, names with long track records that were solid, reliable and often fairly common. But five years ago, that percentage dropped below 10 percent, as more unique names became the norm. The only constant is that all parents try to choose a name that has some meaning for them and/or that they believe will be advantageous or favorable for their child.

Over the past thirty or so years, the passion that most of us feel for beer has paralleled the rise of the craft beer industry; in fact, can be considered the very reason for its success. Whether as brewers, distributors, salespeople, marketers, writers or consumers, that enthusiasm has spilled over into every aspect of our lives, including family life.

So our choice of a name for our son wasn’t exactly an act of subversion, but part of an emerging trend. The name “Porter” was listed in several of the baby name books we consulted, which gave it a certain legitimacy. So was “Brewer,” which we briefly considered. And at GABF one year, I heard the story of a brewer in the Midwest, whose last name was something like “Brown.” He named his son something like “Ethan Sebastian,” making his initials — yep — E.S.B. Whether that’s an urban legend or true, I can’t confirm.

As for girls’ names, there are even more that I’ve heard of. For example, Geno Acevedo, founder of El Toro Brewing Co. in Morgan Hill, CA, has a daughter named Amber, and I can’t believe he’s the only one. Sierra Nevada Brewing Co. co-founder Ken Grossman’s daughter is named Sierra, although she was christened several years before her dad started the brewery. Even avoiding names associated with specific beers, like Genny, Iris, Kate, Matilda or Sfhie, there are still a number of obvious choices, such as Abbey, Crystal or Heather that a beer lover might choose.

As Father’s Day approaches again this year, I’m reminded once more that while the holiday is about children and adults celebrating and honoring their dads—essentially the cycle of life—it’s also about reflecting on the job we’re all doing as fathers. Because unlike most jobs, this one is really never finished; parental fermentation never stops. It’s always a work in progress.

In many ways, children can’t help but be a reflection of their parents’ values, at least initially while they develop their own personality. So you expose your children to the things in life that are important to you. The legacy each of us leaves our kids is a complex combination of intentional instruction, accidental osmosis and their own life experiences. In the end, all we can do is try to point them in the right direction and hope we’ve given them all the tools they’ll need to succeed on their own.

Porter turns ten this fall. I can’t wait for the time when we can begin homebrewing together—still a few years away. He’s almost ready. He loves science and chemistry and cooking, though hasn’t quite grasped the importance of cleanliness yet. I view it as the ultimate opportunity for father/son bonding. I can think of no better way to responsibly pass on the passion for craft beer that his mother and I feel and which has enriched our own lives. I’m pretty sure our first beer will be a Porter.

When our daughter was born a few years after Porter, we chose a name that reflected a different aspect of our family. But since her birthday is July 7, I did buy a case of Stone Brewing Co.’s 07.07.07 Vertical Epic Ale four years ago, which I plan on sharing with Alice in another fifteen years, when she turns 21. That should be a beautiful father/daughter moment.

In the years to come, I suspect many more children will be named for some aspect of their parents’ love of craft beer. If nothing else, they should find it easy to figure out what to buy dad for Father’s Day.