Here are some more of my photos from the 2006 Boonville Beer Festival:

Mark Cabrera of Firestone Walker Brewing, who always complains I never use his photo, arrives at the festival. 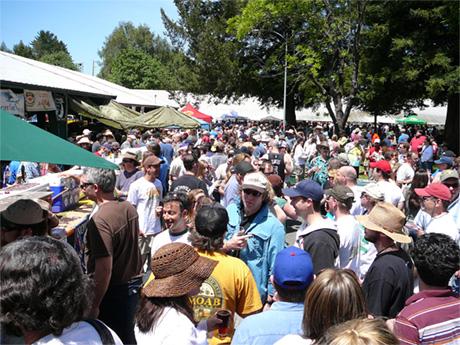 The crowd in line to sample some of the beers from the 62 breweries pouring at the festival.

The crowd settling into the picnic benches scattered around the grounds.

Dave Buhler, down from Elysian Brewing in Seattle.

Mike Baker of Baron Brewing in Washington along with girlfriend and homebrew advocate Kate Geiser.

My favorite tap handle of the festival.

The Rat Bastard from Stumptown Brewery & Smokehouse in Guerneville.

Mike Altman from Iron Springs models the best hat of the festival.