Today is the 46th birthday of Alexandre Bazzo, who is the founder and brewmaster of Micro Cervejaria Bamberg in Brazil. I first met Alexandre in Brazil when I judged in Argentina in 2011, and we made a side trip to Sao Paulo. Given the name of his brewery, you won’t be surprised to learn he makes amazing German-style beers, and has won numerous awards for his efforts. I also saw him again at last year’s Firestone Walker Invitational Beer Festival. Join me in wishing Alexandre a very happy birthday. 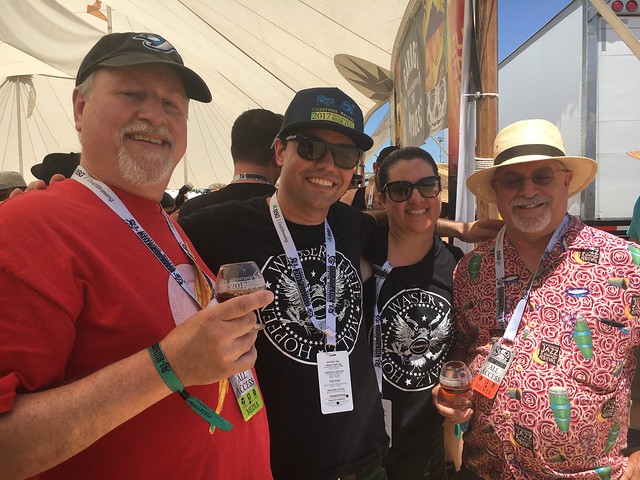 Me, Alexandre, his wife and Steve Shapiro at the 2017 Firestone Walker Invitational Beer Festival. 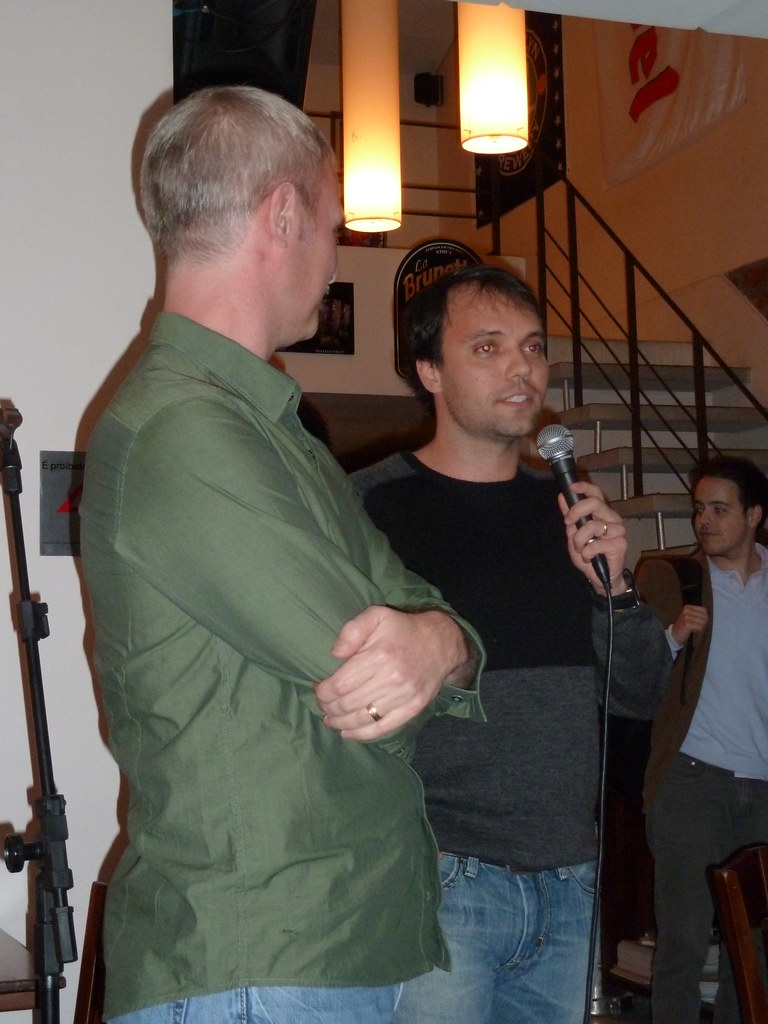 Alexandre with Stephen Beaumont at a beer dinner in Sao Paulo at Melograno in 2011.