Today is the birthday of Marc Lemay, who ran Brasserie Dubuisson Frères in Pipaix, Belgium, although he’s more recently retired. I first met Marc at a beer dinner in Chicago a number of years ago, and we’ve stayed in touch ever since. Best of all, after another dinner at the Belgium Brewers Guild house in the Grand Place several years ago — where inexplicably no frites were served, a unpardonable sin, especially in Belgium — and so afterwards, Marc took me too his favorite late night frites spot in Brussels (which I’ve been back to several times since). Marc’s a terrific person (plus I love his beer). Join me in wishing Marc a very happy birthday. 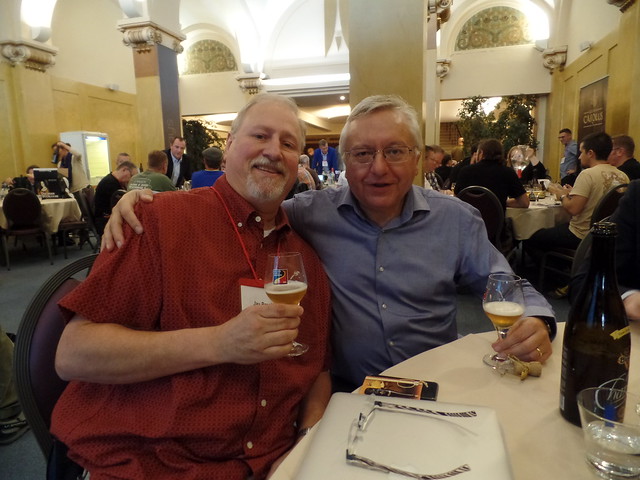 Me and March at the European Beer Bloggers Conference in 2015. 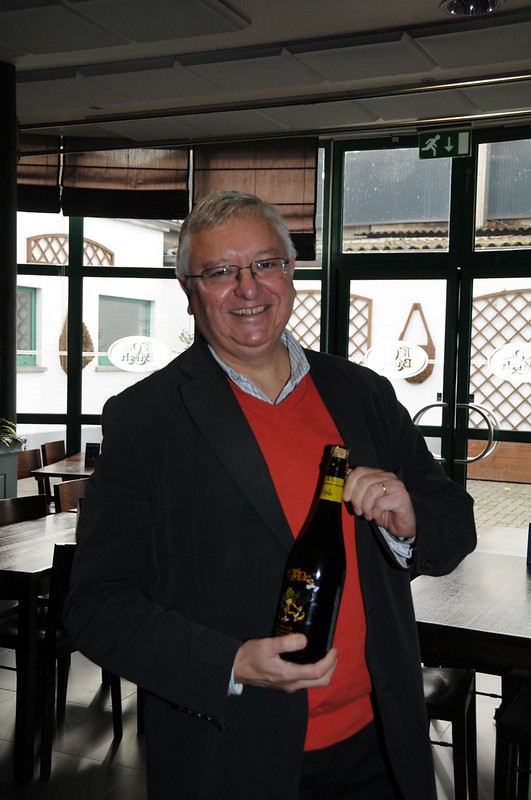 Marc in 2013 showing off a bottle of Cuvee des Trolls. 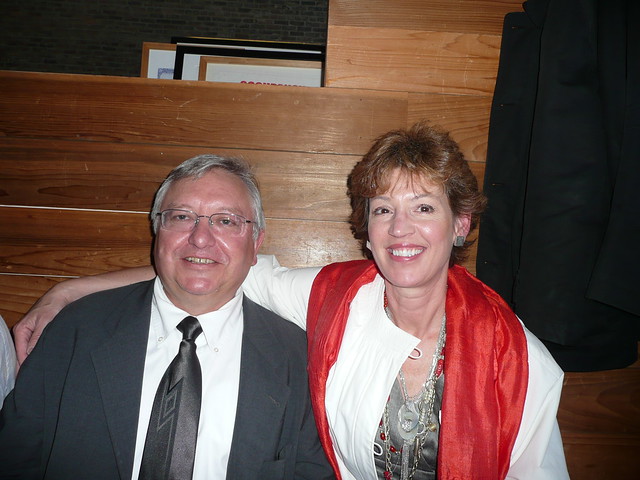 Marc with Wendy Littlefield during a beer dinner in Chicago in 2010. 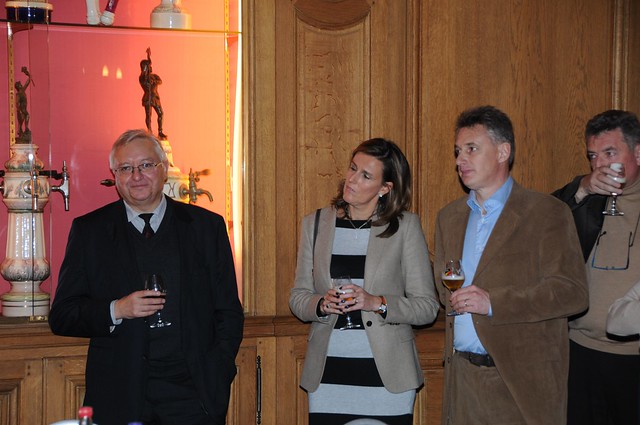 Marc at a dinner in Brussels in the Belgian Beer Guild’s hall in the Grand Place. 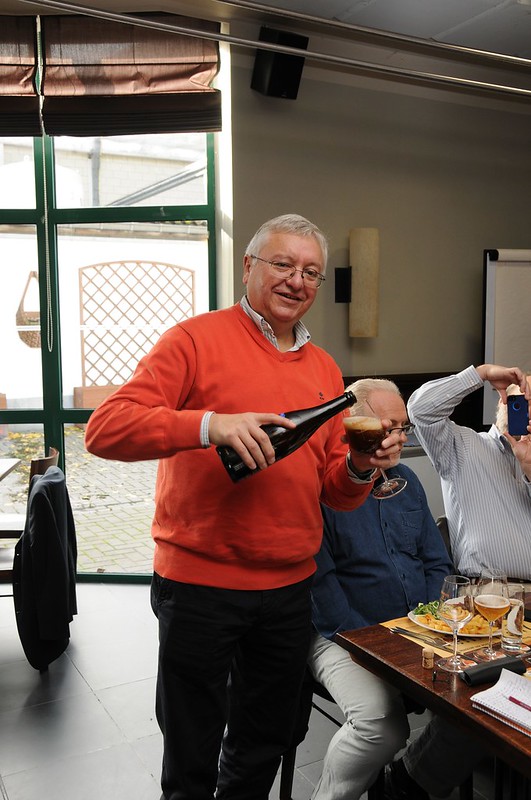 Pouring us some beer during a lunch at the Dubuisson brewery.