Today is the birthday of Michelle Wang, who is the editor of the only craft beer magazine I know of published in China, Hops Magazine. We had a chance to meet several years ago during a press junket to Antwerp that we both attended, along with some other beer journalists, and our paths have since crossed several more times. It also great seeing her and hearing about the growing beer scene in China. Join me in wishing Michelle a very happy birthday. 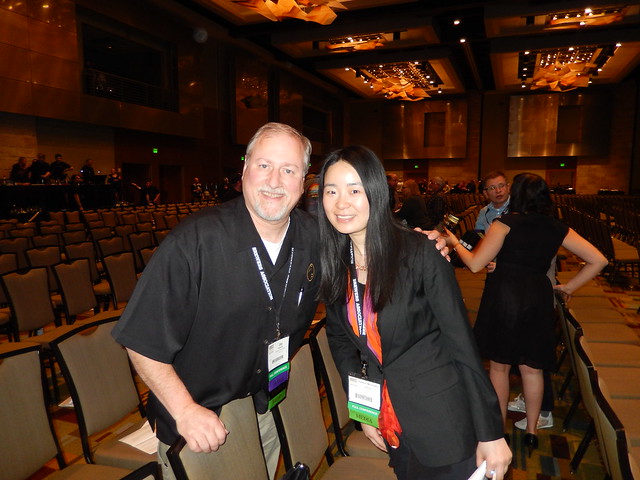 Me and Michelle at the World Beer Cup awards in 2014. Michelle, at right, with Conrad Seidl, Stephen Beaumont and me during a beer dinner in Antwerp a few Decembers ago. 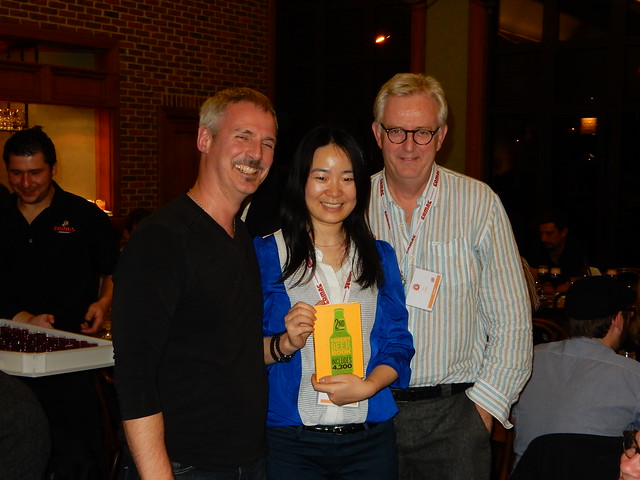 With Stephen Beaumont and Tim Webb, showing off the 2nd edition of the Pocket Guide to Beer in Belgium. 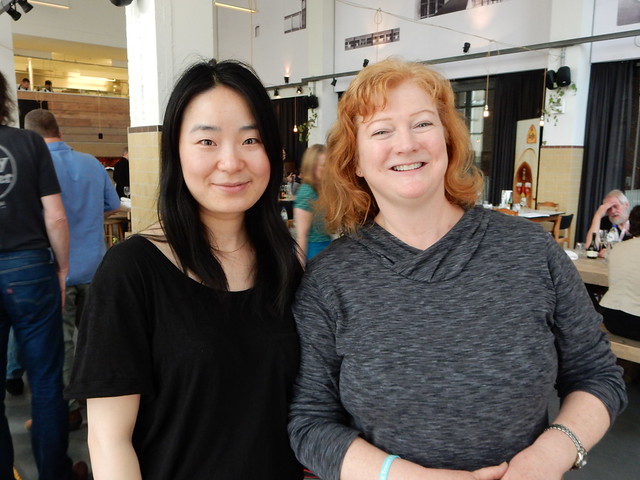 Michelle and Lisa Morrison in Leuven to judge at the Brussels Beer Challenge a few years back.