You are here: Home / News / The Opening of CBC

The opening Welcome & Keynote Address took place bright and early Thursday morning, right after the first round of seminars, which began at 8:15 a.m. 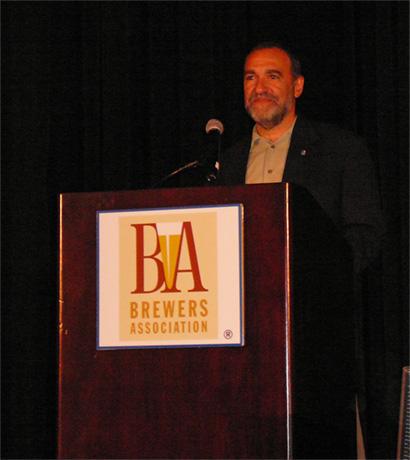 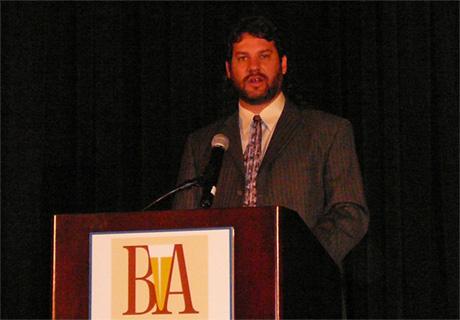 BA Director Paul Gatza went over the statistics and sales and growth numbers for the craft beer industry. 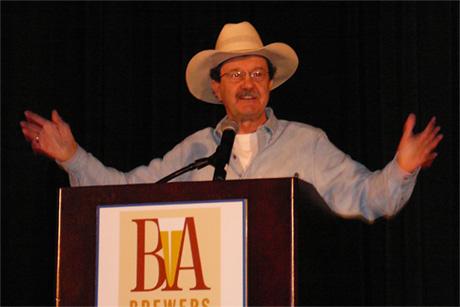 Then Texas populist Jim Hightower entertained the audience with tales of Austin weirdness and left us with this great quote about why people live in Austin. “We’re here because we’re not all there.” 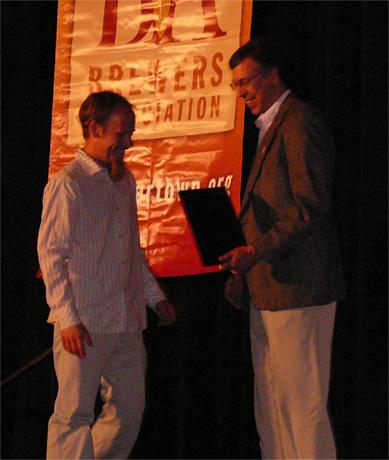 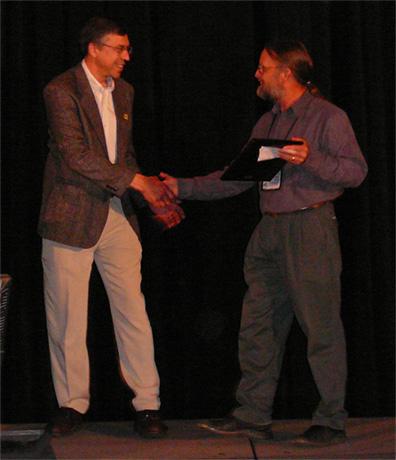 Bradt giving the Brewers Association Recognition Award to Don Barkley, who accepted it on behalf of Jack McAuliffe, founder of New Albion Brewing Company, who was unable to be present. 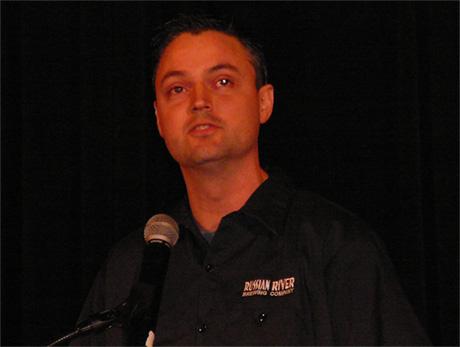