Sunday’s ad is for “Rheingold Beer,” from 1947. This ad was made for the Rheingold Brewery, which was founded by the Liebmann family in 1883 in New York, New York. At its peak, it sold 35% of all the beer in New York state. In 1963, the family sold the brewery and in was shut down in 1976. In 1940, Philip Liebmann, great-grandson of the founder, Samuel Liebmann, started the “Miss Rheingold” pageant as the centerpiece of its marketing campaign. Beer drinkers voted each year on the young lady who would be featured as Miss Rheingold in advertisements. In the 1940s and 1950s in New York, “the selection of Miss Rheingold was as highly anticipated as the race for the White House.” The winning model was then featured in at least twelve monthly advertisements for the brewery, beginning in 1940 and ending in 1965. Beginning in 1941, the selection of next year’s Miss Rheingold was instituted and became wildly popular in the New York Area. This ad introduced the winner of the Miss Rheingold 1947 contest, Michaele Fallon. I couldn’t find much information about her. She appears to have been born in 1920 as Bernice Kathryn Fallon and changed it when she started working as a model. She also appears to have two married names, Barros and Neagle. In this ad, from July, she’s enjoying a day at the beach, trying to avoid getting freckles but also getting thirsty. 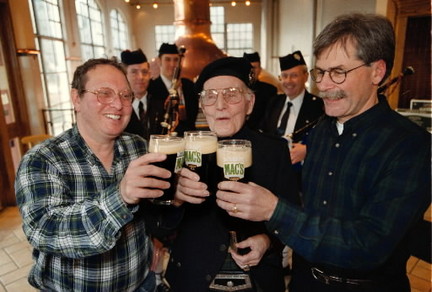 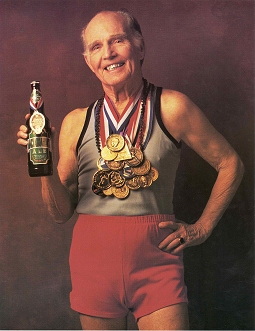 Today is the birthday of Frederick H. Krug (May 1, 1870-1914). He was the son of Frederick Krug, who was the “German-immigrant founder of the Frederick Krug Brewing Company of Omaha, Nebraska. Krug is often cited as one of the early settlers of Omaha. In addition to operating the brewery for almost the entire duration of his life, Krug operated Krug Park in the Benson community and was the president of the Home Fire Insurance Company, which was founded in Omaha in 1884.” His son was involved in the business, and was treasurer, but passed away when he was only 44, five years before his father passed away.

Probably because he passed away so young and his contributions to the brewery were relatively modest, there’s no biographical information I could find on junior, not even the exact date he died. 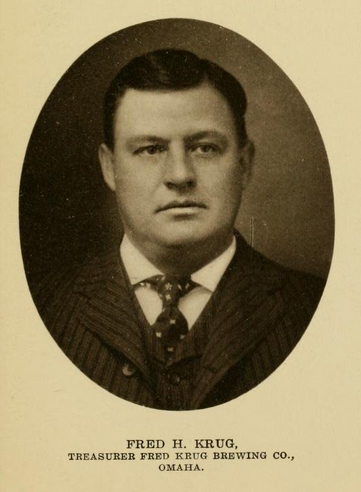 Today is the birthday of Jacob Best (May 1, 1786-February 26, 1861). Best founded the brewery that eventually became Pabst Brewing Co., with his four sons in 1844. The Best family’s business was originally called “The Empire Brewery,” and then as the “Jacob Best & Sons Brewery” until 1859 when Phillip Best took over the firm and renamed it the “Phillip Best Brewing Company.” Upon Phillip’s retirement Frederick Pabst and Emil Schandein became the company’s president and vice-president in the mid-1860s and the brewery’s name was amended to Phillip Best & Company. After Schandein died, the company was renamed the Pabst Brewing Company in 1889. 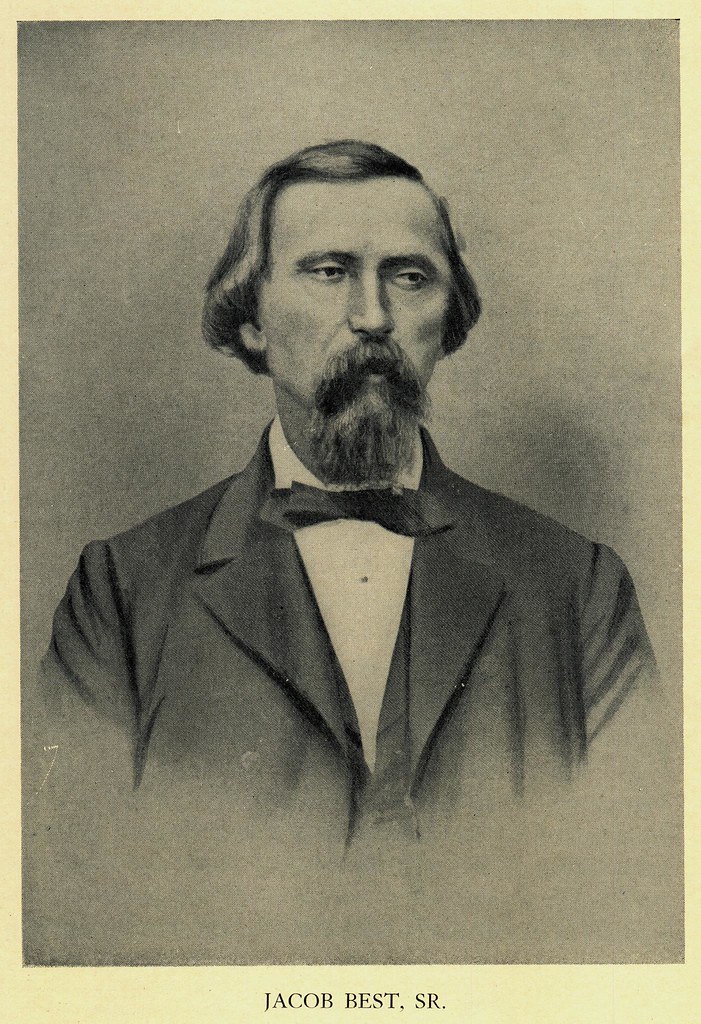 Business Magnate. Jacob Best learned the brewer’s trade in his hometown of Hesse Darnstadt, Germany, and then moved on to operate a small brewery in Mattenheim. In 1840, two of Best’s four sons immigrated to America, settling in the Kilbourntown section of Milwaukee. They were joined by Jacob Best, his two younger sons and other family members in 1844. With his sons, Jacob Best opened the Empire Brewery producing lager beer, whiskey and vinegar. As demand increased of light lager beer, the firm changed its name to Best & Company. Retiring in 1853, Jacob Best transferred ownership to Lorenz and Phillip. After 1860, Phillip assumed sole control of the brewery which became the Pabst Brewing Company. While retired, Jacob Best held local political offices, first as a ward assessor and the school commissioner. He remained active until his death. 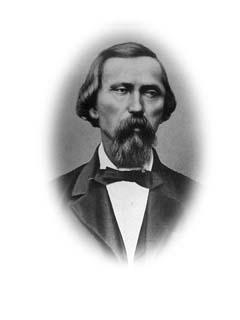 Immigrant Entrepreneurship has a lengthy article about the Bests, centered around Frederick Pabst, but with background that includes Jacob Best: 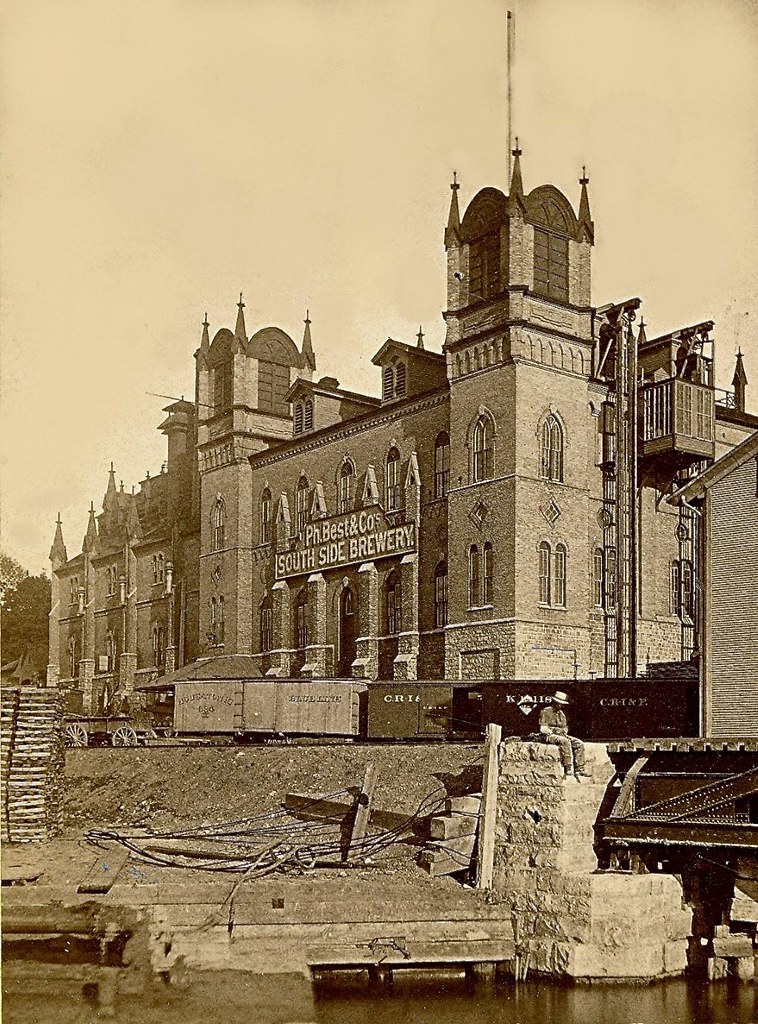 The Best’s brewery in 1880, a few years after Jacob died and it became the Philip Best Brewing Co. 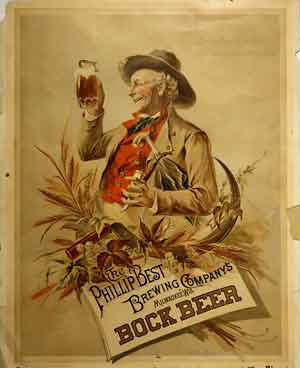