Tuesday’s ad is for Blatz Beer, from 1949. The ad is part of Blatz’s “I lived in Milwaukee, I ought to know” series from the later Forties and Fifties that featured prominent celebrities, sports figures and famous folks from Milwaukee claiming to know “Blatz is Milwaukee’s Finest Beer” because they lived there, or near there, at some point in their lives. This one features English boxer and actor Victor McLaglen. The ad initially says that he “lived in Milwaukee,” but it later only claims that he’s “traveled all over the world,” before again stating that he’s “lived there.” His basic bio makes no mention of his time in Wisconsin. 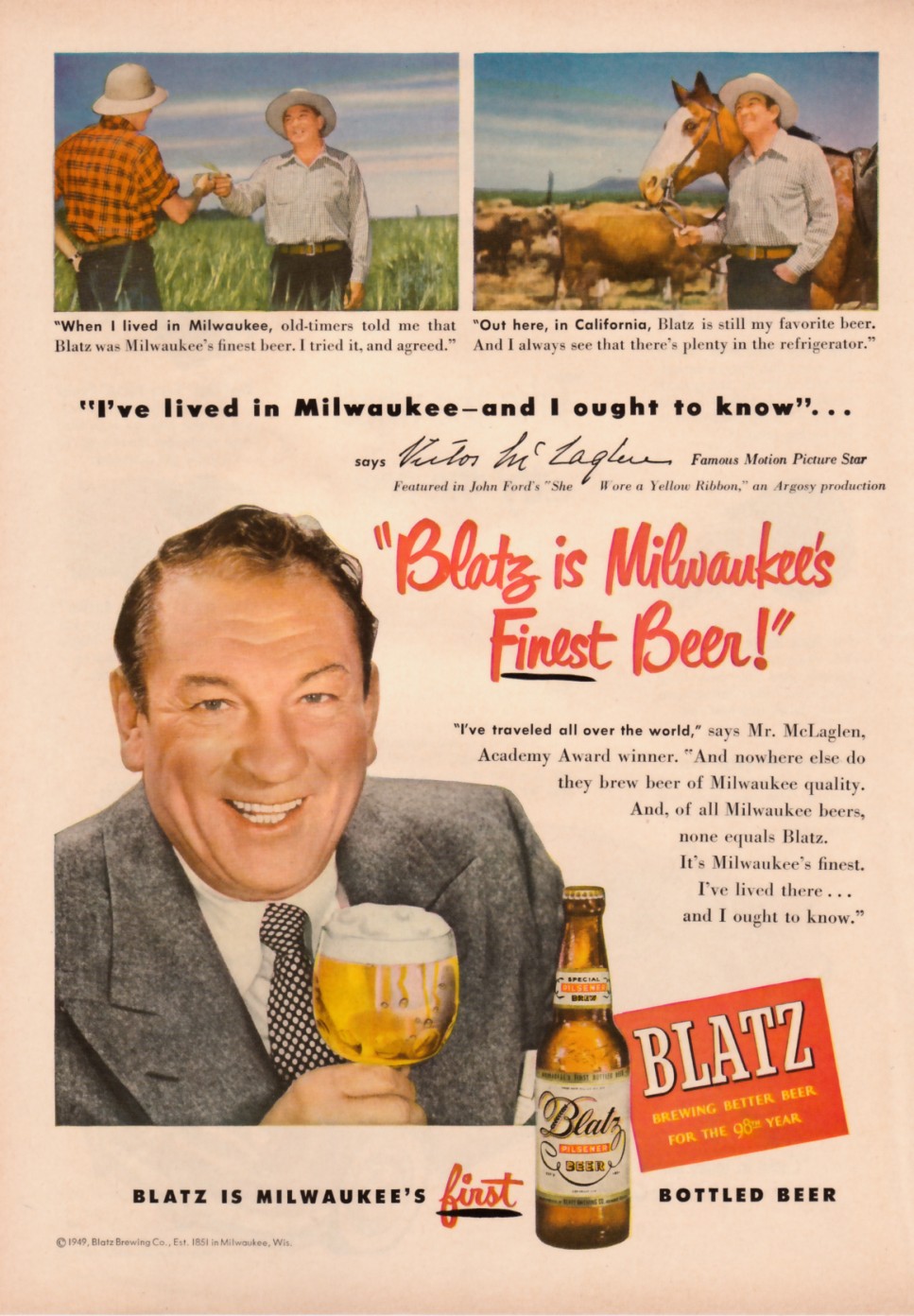