Today is the 73rd birthday of Charlie Papazian, one of the most influential persons in modern brewing. Charlie founded the AHA, the AOB and the IBS back in 1978 (which today is the Brewers Association) and organized the first Great American Beer Festival. His book, the Complete Joy of Homebrewing was one of the seminal works on the subject, and is now in its fourth edition. More recently, Charlie retired on his 70th birthday. Join me in wishing Charlie a very happy birthday. 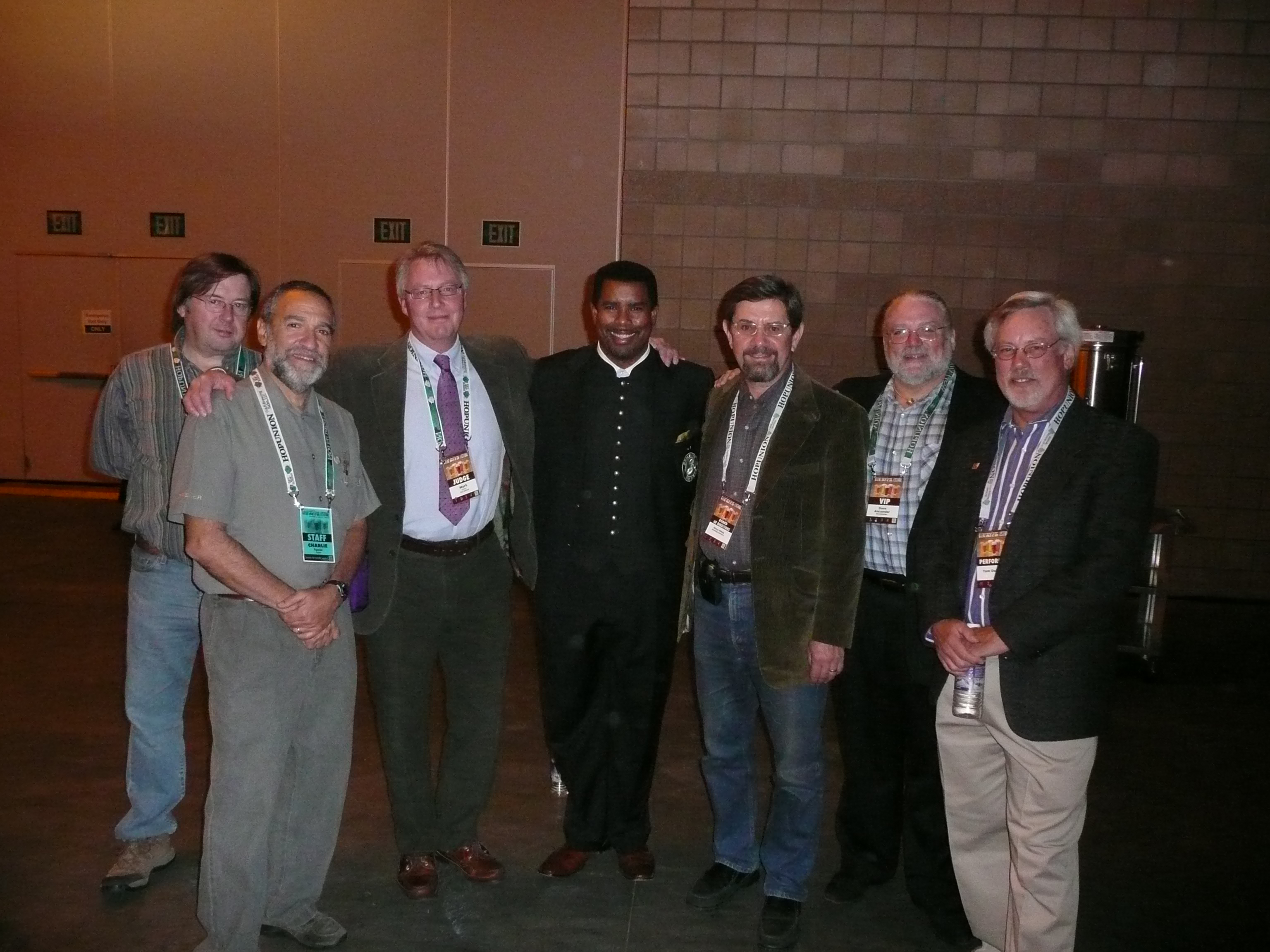 Just before taking the stage during GABF 2007, from left, Glenn Payne (of Meantime Brewing), Charlie, Mark Dorber (formerly of the White Horse on Parson’s Green but now at the Anchor Pub), Garrett Oliver, and Steve Hindy (both from Brooklyn Brewing), Dave Alexander (from the Brickskeller), and Tom Dalldorf (from the Celebrator Beer News). 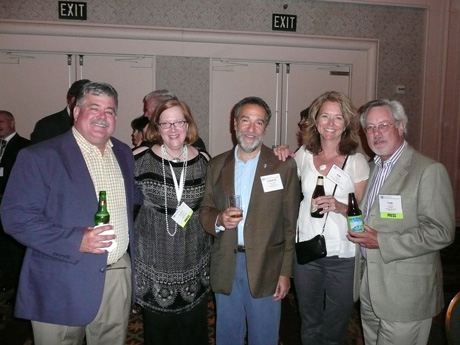 Some NBWA luminaries at the 2008 NBWA welcome reception. From left, Jamie Jurado (with Gambrinus), Lucy Saunders (the Beer Cook), Charlie Papazian (President of the Brewers Association), Kim Jordan (from New Belgium Brewing) and Tom Dalldorf (from the Celebrator Beer News). 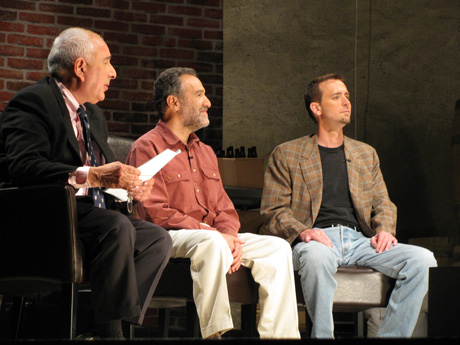 On stage at the Beer Wars Live premiere with Ben Stein and Greg Koch. 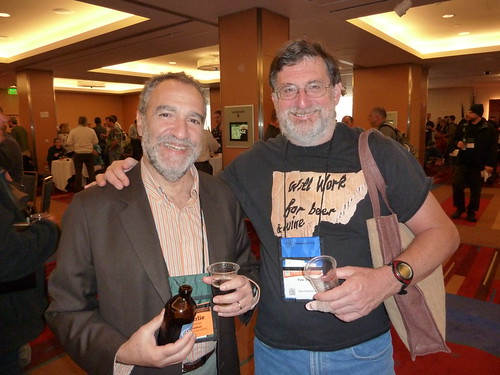 Charlie with Pete Slosberg at the Craft Brewers Conference in San Francisco a few years ago. 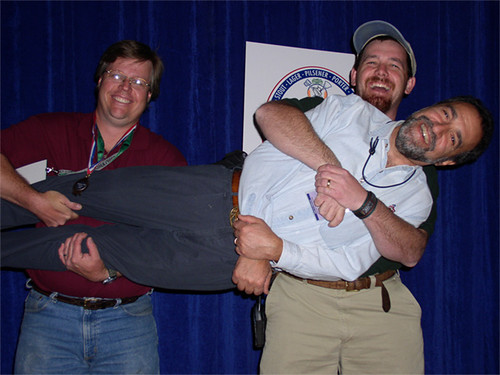 Of the literally hundreds of GABF and World Beer Cup award-accepting photos I have with Charlie in them, this is one of my favorites. 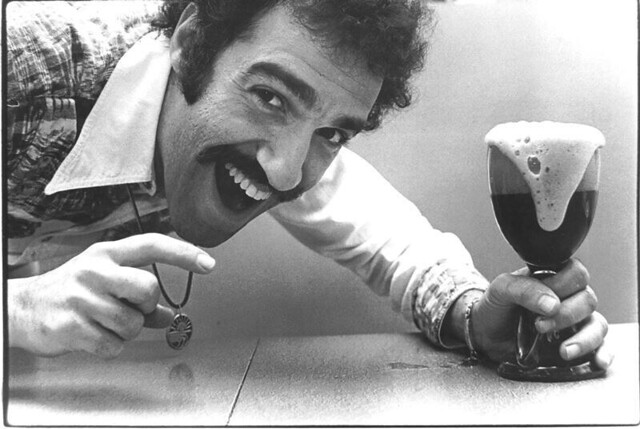 The BA recently shared this great photo of Charlie from 1977.