Today is the 38th birthday of Colin Presby, former head brewer at Golden Avalanche Brewing in Kutztown, Pennsylvania, and even worked for a time at Stoudt’s. More recently, he became the fleet brewmaster or brew admiral of Carnival Cruise Lines. He grew up in nearby Reading, like me (although for me it was nearby Shillington) but I was very familiar with Kutztown (my first wife went to the University there and so did my great-grandfather). Colin and I haven’t met in person but were introduced online through a mutual friend — Maureen Ogle if memory serves — and have corresponded quite a few times since, and I suspect we’d be fast friends if I still lived in the area I affectionately refer to as Dutch Wonderland. Join me in wishing Colin a very happy birthday. 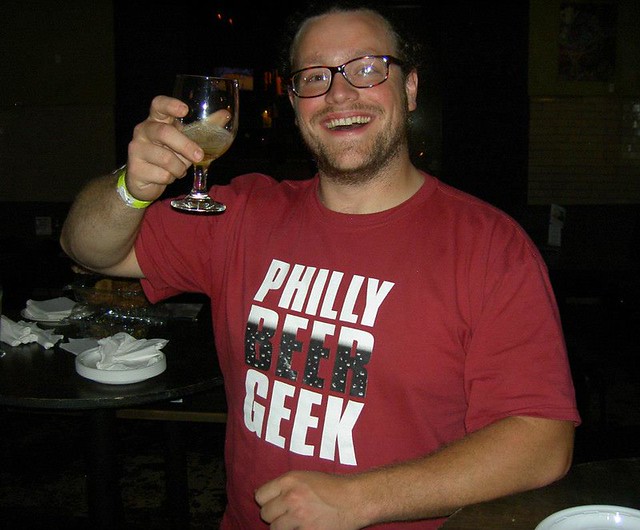 Colin at the Philly Beer Geek competition in Philly in 2013. 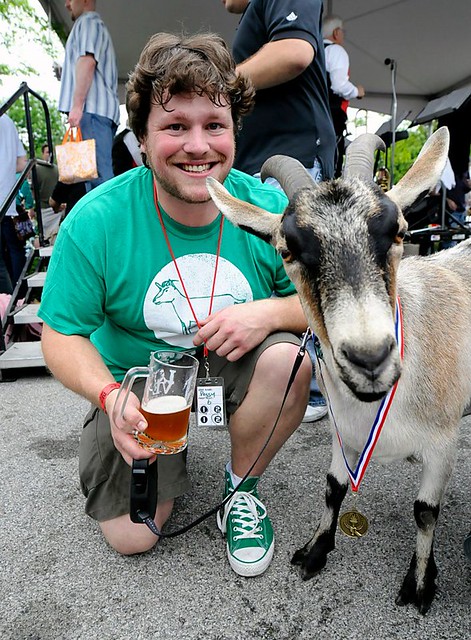 Colin and Peggy at the 2012 Sly Fox Goat Races. 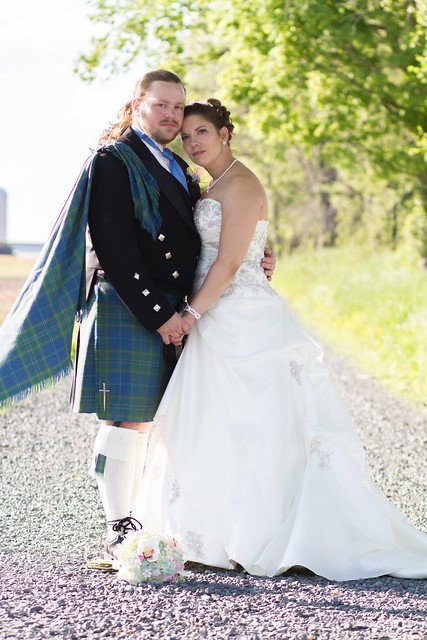 The wedding couple last year when Colin married Fatman Jake (presumably not the name her parents gave her). 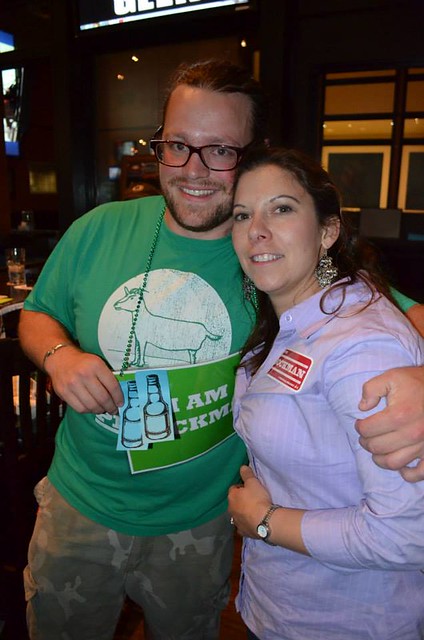