Today is the 51st birthday of Jason Alström, co-founder of Beer Advocate headquartered in Boston, Massachusetts, but found worldwide over that series of tubes known as the interwebs. Though started as a hobby, Beer Advocate has gone on to be one of the internet’s killer apps of beer, which has successfully branched out into publishing and putting on beer festivals. Join me in wishing Jason a very happy birthday. Jason with Jaime Jurado, then-Director of Brewing Operations for the Gambrinus Company, and his brother Todd at GABF in 2008. After judging the finals for the 2009 Longshot Homebrew Competition in Boston. From left: Jason, Tony Forder (from Ale Street News), Bob Townsend, Jim Koch (founder of the Boston Beer Co.), yours truly, Julie Johnson (from All About Beer magazine), and Jason’s brother Todd Alström. 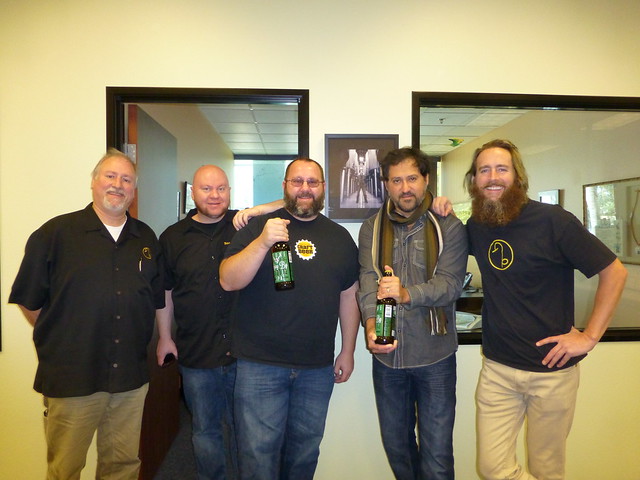 The day after we tried all of Stone’s Vertical Epic’s in San Diego a few years ago; with Steve Wagner, me, Joe, Jason and Todd Alström and Greg Koch. 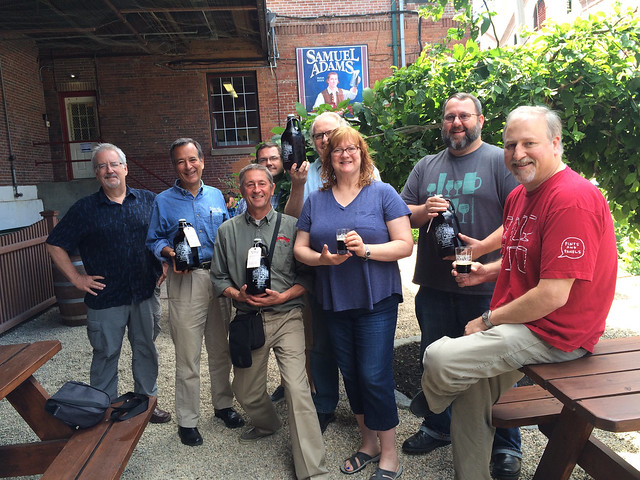