Today is the 55th birthday of Jean Van Roy, who took over the Cantillon Brewery in Brussels from his father several years ago, though he’d been working there all of his life. Considered a working brewery museum, they make some amazing lambics, and the tour is one everyone should take at least once in their life. Down an unassuming alley in Brussels, and not one you’d feel safe meandering along at night, Cantillon has been located there since 1900, when it was founded. I’ve met Jean a number of times, and he always strikes me as a man with beer in his blood, and a passion for what he’s doing, which makes him a kindred spirit as far as I’m concerned. Join me in wishing Jean a very happy birthday. 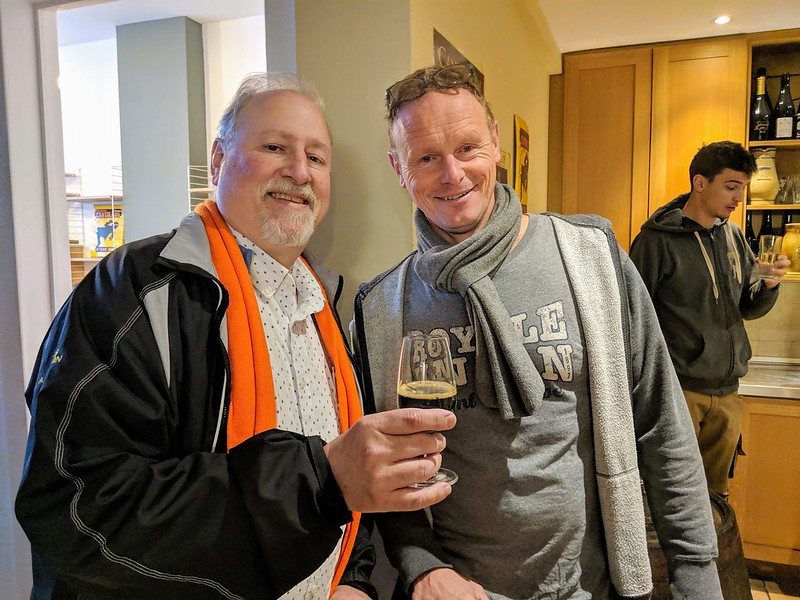 Jean and me at Cantillon two years ago during a quick stop in November. Me and Jean at the Great Lambic Summit at the University of Pennsylvania Museum of Archeology & Anthropology on June 9 during Philly Beer Week in 2010. Jean (on right), Yvan De Baets (center, who was then planning to open Brasserie De La Senne) and I believe Bernard (on left, also from De La Senne) at Deep Ellum in Boston during CBC in 2009. 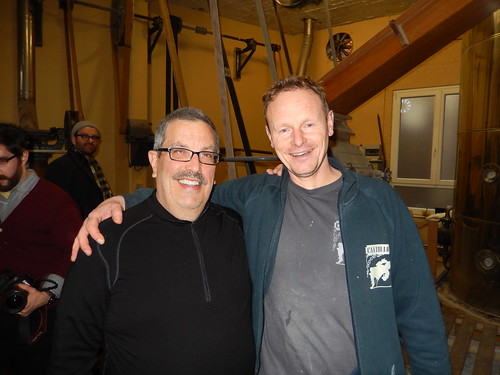 Tom Peters and Jean at Cantillon during a visit there in February a few years ago.