Today is the 50th birthday — The Big 5-O — of Jeff Cioletti, president of Drinkable Media and Editor-at-Large for Beverage World magazine. He’s been covering the business of beer for quite a long while. I run into Jeff at numerous industry events, and we’ve taken a press trip to Belgium. Join me in wishing Jeff a very happy birthday. 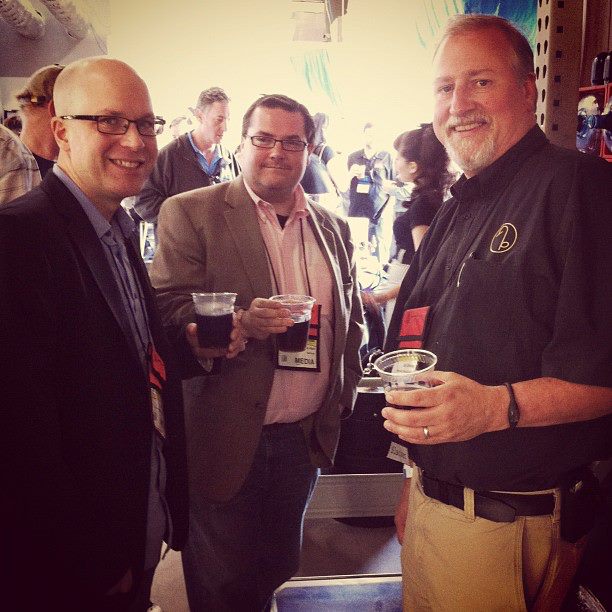 Three J’s at CBC in San Diego: Jeff, John Holl and me. (Photo by Win Bassett.) 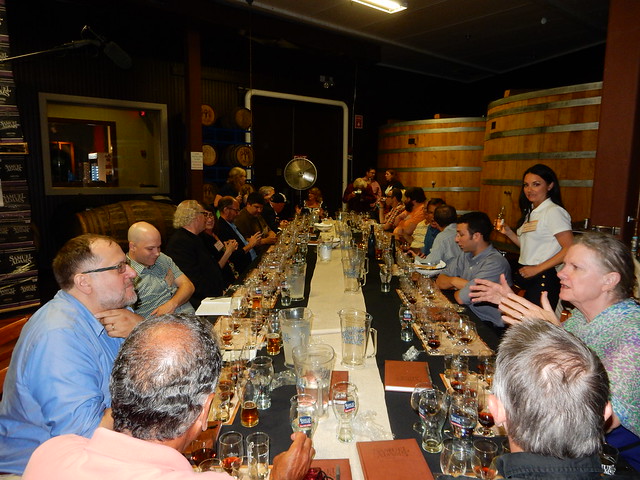 Jeff (on the left just above Lew Bryson) at our table inside the barrel room at Samuel Adams in Boston during an anniversary dinner there last year, when we opened every vintage of Utopias, plus Triple Bock and Millennium Ale. 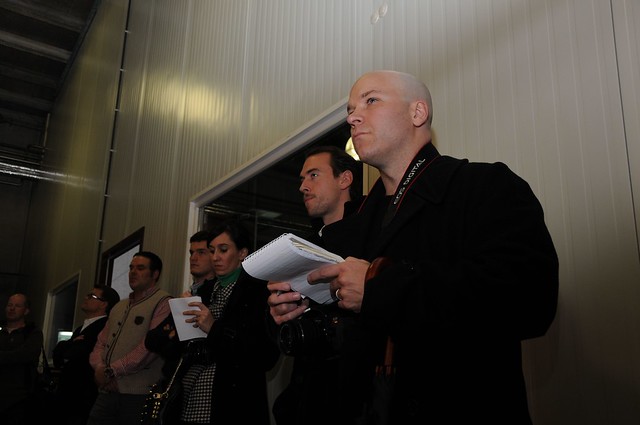 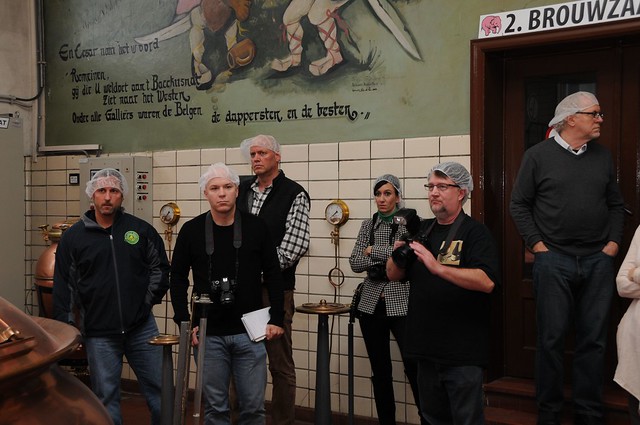 Jeff, in the center with a camera around his neck, during a visit to Brouwerij Huyghe during a press trip to Belgium in 2013. 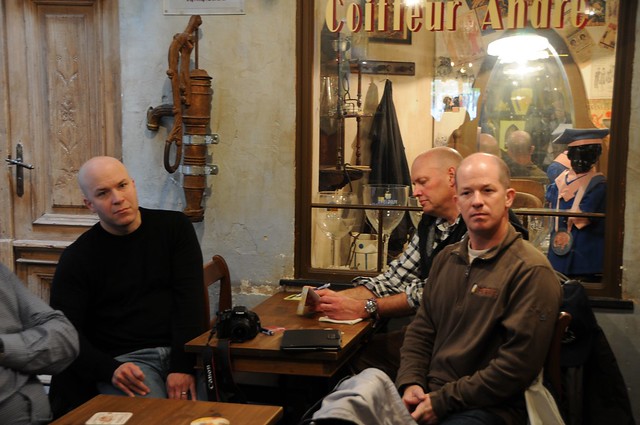 A night on bald mountain, or at least a table.