Today is the birthday of Joe Owades, born today in 1919. He’s best known as the father of light beer. Owades was trained as a biochemist but ended up working in the beer industry, first for Rheingold Breweries in Brooklyn, eventually becoming their vice president and technical director. 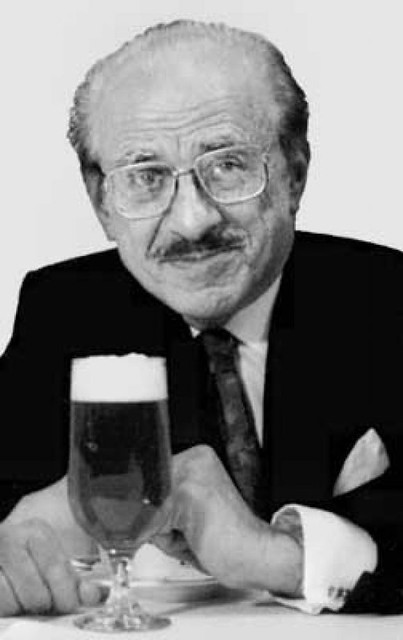 Joe passed away in 2005, and in his obituary it tells the story of light beer:

It was at Rheingold where Mr. Owades finally applied his college training to his profession, developing a process to remove the starch from beer, making it lower in carbohydrates and calories and, thus, cholesterol. The new beer was called Gablinger’s, which became a product of Meister Brau, all of which was eventually purchased by the Miller Brewing Co. Miller Lite was made famous by the company’s “tastes great, less filling” advertising campaign, but it was exactly the same product that Mr. Owades had invented in his laboratory years before.

After stints at Anheuser-Busch, Carling and others, in 1975 he began consulting, and a few years later moved to the Bay Area. Owades also worked on formulas for such brands as Samuel Adams, Tuborg, New Amsterdam Beer, and Pete’s Wicked Ale. He taught a short course at Anchor Brewing he called the “Art and Science of Brewing” and also consulted with the wine industry as well. He had 25 patents, including Prequel, a pill that supposedly if you take before you start drinking, will reduce the effects of alcohol.

I first met Joe when his neighbor, who was an early marketing director at BevMo, asked him to meet with me when we first started developing private label beers at Beverages & more. I’ve never been a fan of low-calorie light beer but its influence on the industry is undeniable and that, along with Joe’s contributions to several of the craft beer pioneers, makes his legacy equally as undeniable. Join me in raising a toast to Joe’s memory. 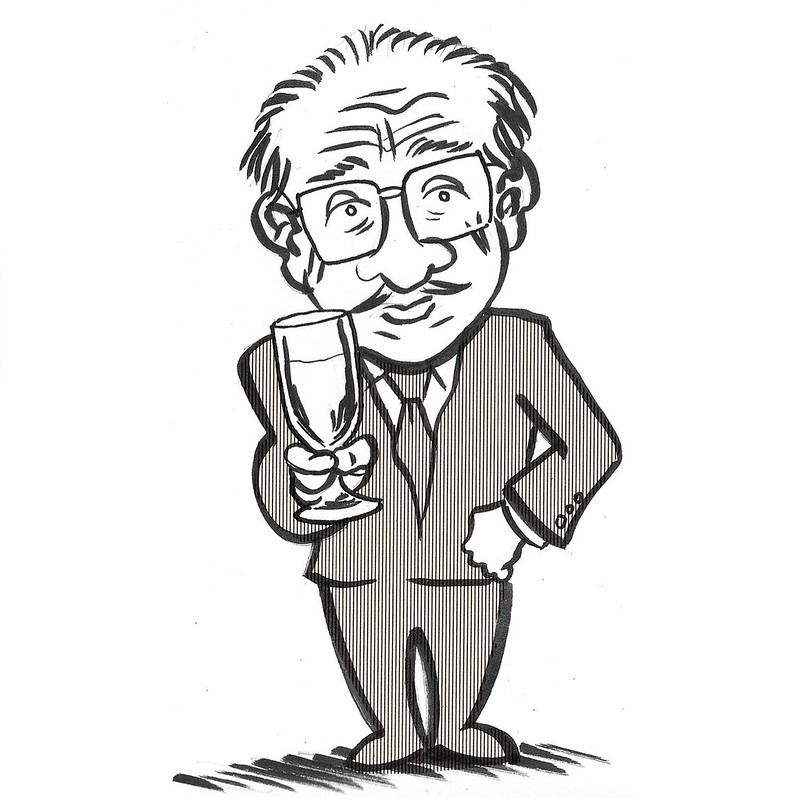 Here’s a more tongue-in-cheek obituary featured on Morning Remembrance, which bills itself as “a collection of sarcastic obituaries ripped from the deadlines.”

Joseph L. Owades, the biochemist whose recipe for light beer achieved the impossible feat of making crappy beer even crappier, is now more stale than a Herman Cain pick-up line.

Fresh out of college, Owades got his first job researching for Fleischmann’s Yeast. Then he found out Fleischmann was one of his mom’s canasta friends and “Yeast” was another thing entirely.

In the 1950s he created the first “diet” beer by discovering an enzyme that destroys fat starches, and in the process, any reason for wanting to drink beer in the first place.

When Miller Brewing Co. bought his process they marketed the new beer with the familiar “tastes great, less filling” jingle, replacing the less successful “Hey! You gotta chug twice as much of this crap to get a buzz!” jingle.

Over the years Owades wrote over 40 research papers on beer, all of them supporting the same thesis that he’s okay to drive and nobody understands him.

Owades requested his body be brewed into a tasteless yellow liquid and poured directly into the toilet to save time.