Today is the birthday of Megan Parisi, who’s currently a brewer for the Boston Beer Company. Before that she brewed at Wormtown Brewery, Bluejacket and Cambridge Brewing. And coincidentally, we both once played clarinet in a military band, Megan for the US Navy, whereas I was in an Army band. Megan’s a terrific brewer and a great addition to the Samuel Adams Brewery in Boston. Join me in wishing Megan a very happy birthday. 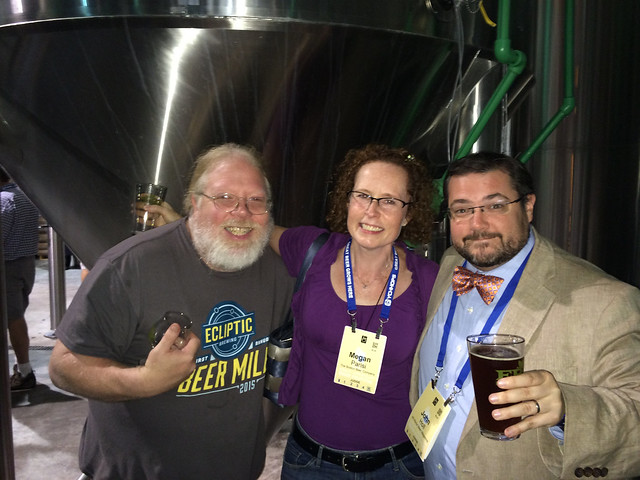 John Harris, from Ecliptic Brewing, Megan, and John Holl, from All About Beer magazine at the GABF judges’ reception at Epic Brewing in 2015. 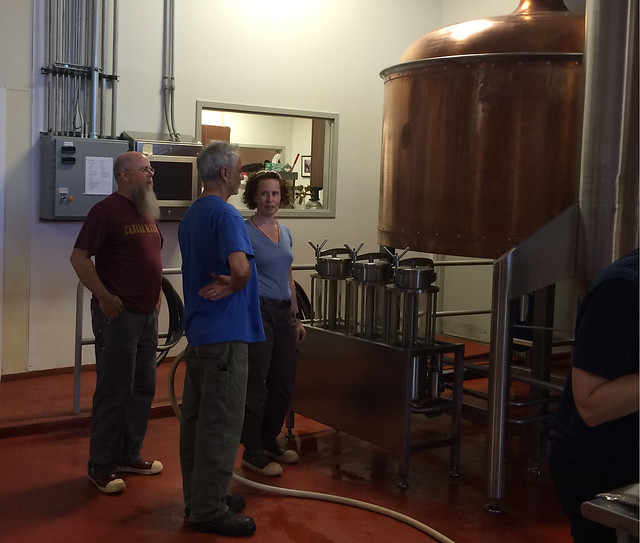 Megan at her new job at the Samuel Adams brewery in Boston a few Julys ago when I was there judging the finals for the Longshot Homebrew Competition. 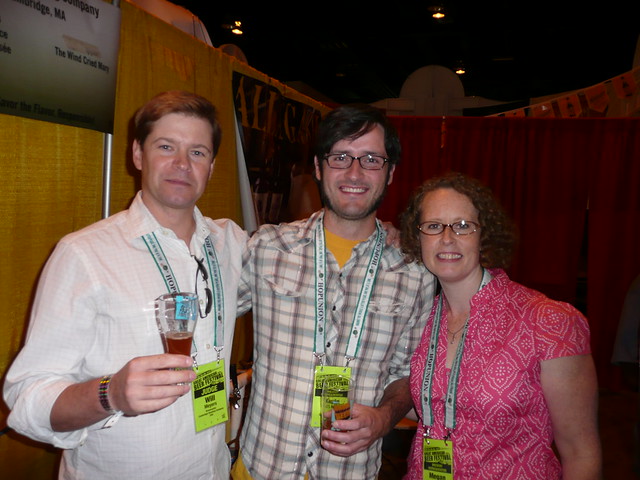 Will Meyers (whose birthday is also today) and Kevin both from Cambridge Brewing with Megan, then also with Cambridge, at GABF in 2009. 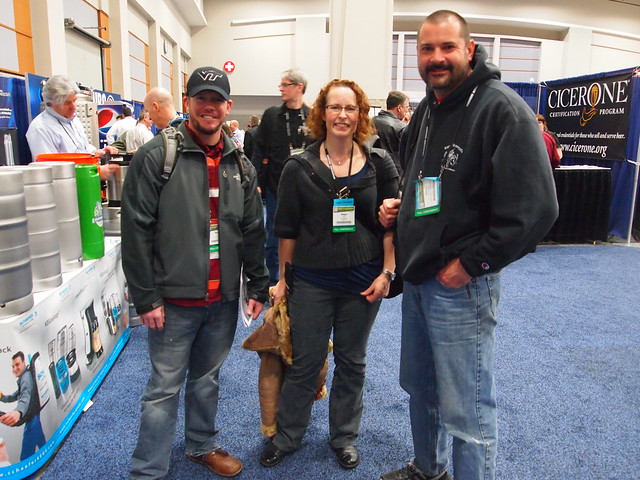 During CBC in Washington, D.C. in 2013. Bobby Bump: assistant brewer, at Bluejacket, Megan, when she was lead brewer at Bluejacket and John Wampler, brewmaster at Legend Brewing in Richmond, Virginia. [Photo by Thomas Cizauskas.]