Today is the 73rd birthday of Theo Flissebaalje. Theo’s from the Netherlands, and co-founded StiBON, and he’s also active in the beer consumer organization PINT. He’s also on the international judging circuit. I first met him judging in Tokyo, Japan, but have also judged with him in Europe and America, as well. Join me in wishing Theo a very happy birthday. 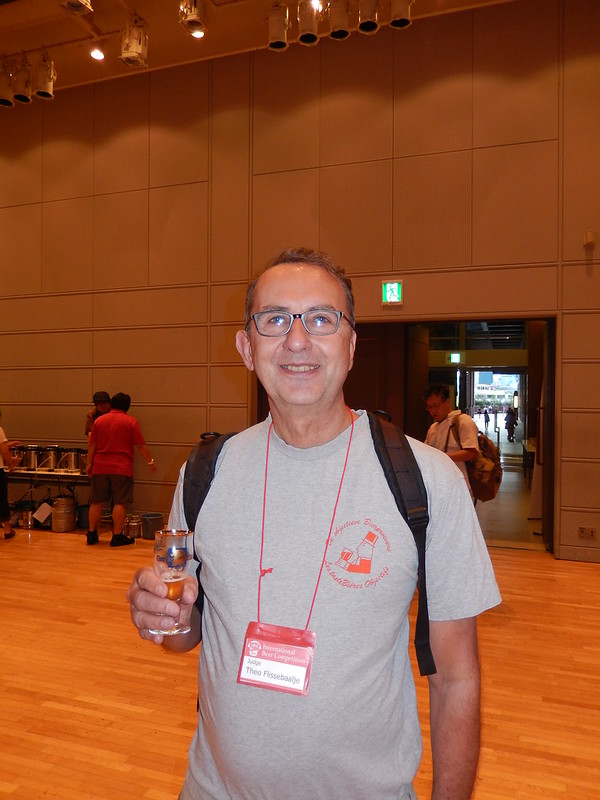 Theo judging in Tokyo in 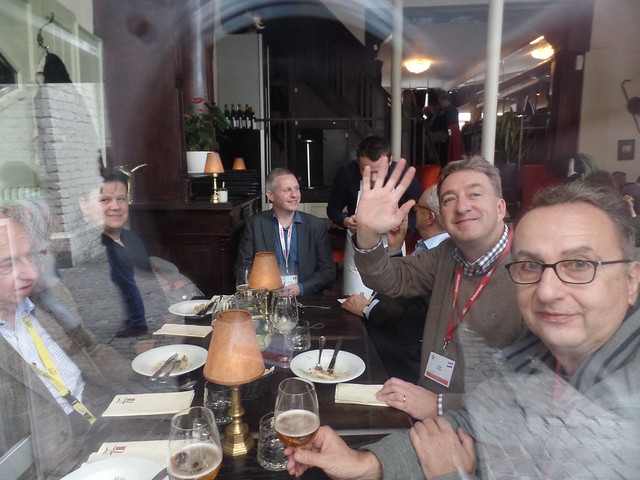 Through a window in Antwerp during lunch for the Brussels Beer Challenge in 2015, that’s Theo on the far right. 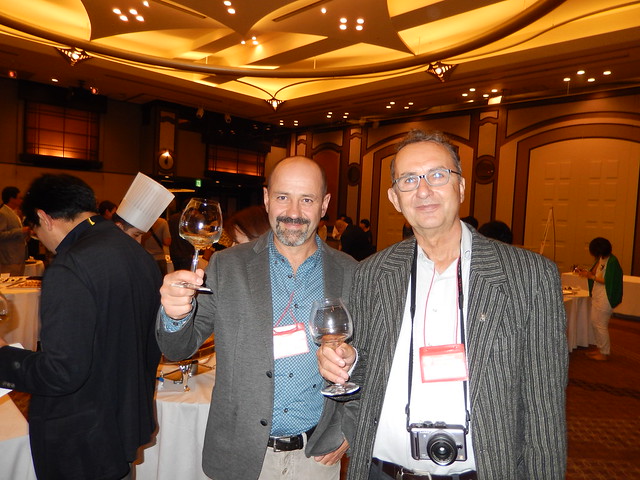 Agostino Arioli, from Birrificio Italiano, with Theo, also in Japan in 2013.